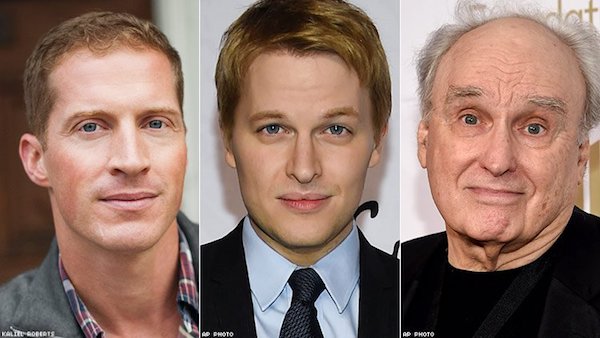 It’s been a busy couple of weeks in LGBT book news!

The 2018 Pulitzer Prizes were announced on April 16. Andrew Sean Greer won the fiction prize for his novel Less, and Frank Bidart took home the poetry prize for Half-light: Collected Poems 1965-2016. The New York 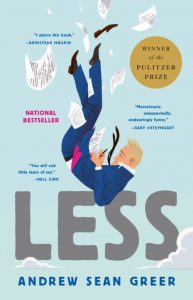 Times and The New Yorker shared the prize for public service journalism for their reporting “that exposed powerful and wealthy sexual predators,” a big part of which was Ronan Farrow’s reporting on Harvey Weinstein in The New Yorker.

Pulitzer-winner Andrew Sean Greer is also a 2018 Guggenheim Fellow, and he wrote an essay for Lithub about the many times he’s applied for the fellowship–“well over fifteen years”:

I say well over because I can only find computer files dating back to 2001; these are files that every few years I have to update so my word processor will still read them. They are that antique.

In other awards news, Publishing Triangle’s annual awards ceremony was held on April 26. Winners included Alistair McCartney, SJ Sindu, and Chen Chen, among others. Sarah Schulman was awarded a Lifetime Achievement Award and gave an impassioned acceptance speech that got a lot of people talking.

The Golden Crown Literary Society also announced the finalists for the 2018 Goldies. The winners will be announced at the Annual GLCS Conference in July.

The April 22 Culture Issue of the The New York Times T Style Magazine focused on 1980s New York. It included a piece by Sarah Schulman on protest movements becoming brands, and one by Michael Cunningham about gay writing in the early ‘80s, and how the decade changed queer literature.

Over at Bustle, Meaghan O’Brien wrote about “under the gaydar” YA novels, and why they’re so essential. 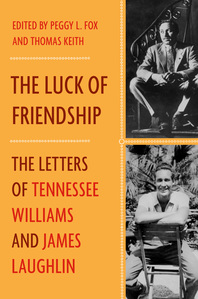 Dalya Alberge wrote in The Guardian about how Tennessee Williams was repeatedly “plagued by self-doubt” in spite of his fame and critical acclaim, as revealed in a collection of letters between Williams and his publisher, James Laughlin, that was published by Norton in March.

Speaking of Tennessee Williams, if you’re in NYC and haven’t seen it yet, check out The Morgan Library’s exhibition Tennessee Williams: No Refuge but Writing before it closes on May 13. (And while you’re there, don’t miss the Peter Hujar photographs!)

At the PEN America World Voices literary festival, Barry Jenkins discussed the difficulties of adapting James Baldwin’s novel If Beale Street Could Talk for the screen:

It was a lot. […] It was more about pruning in a certain way. It was about trying to coalesce the thoughts and ideas in the book into something that felt like cinema and not like literature.

He’s enlisted the help of Tarell McCraney, whose play Jenkins adapted into the film Moonlight.

And finally, if you’re always looking for new comics, head over to Autostraddle for a preview of Coleen AF Venable and Ellen T. Crenshaw’s new book Kiss Number 8, which will come out next year.

In the News: Jacqueline Woodson, Allen Ginsberg, and Great Couples in LGBT Literature
Donoghue & Cunningham in New York. One Night Only.
Gay Latino Poet Richard Blanco has been Chosen as the 2013 Inaugural Poet