Darnell L. Moore on the Transformative Power of the Personal Narrative

Darnell L. Moore on the Transformative Power of the Personal Narrative 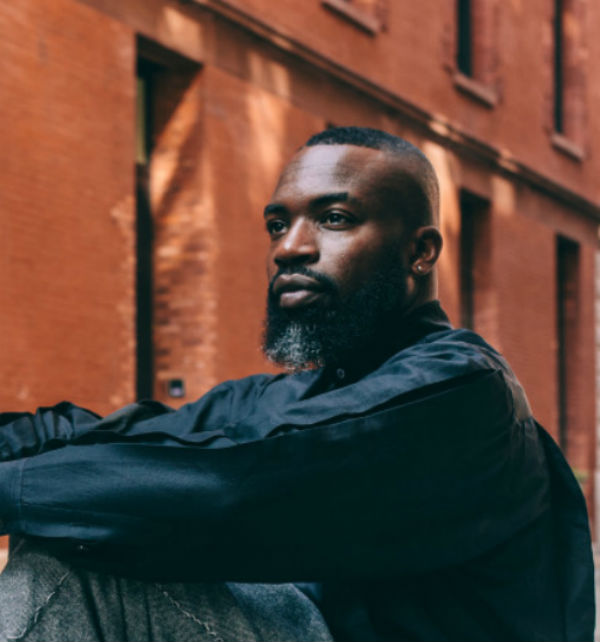 In his new memoir No Ashes in the Fire: Coming of Age Black and Free in America, Darnell L. Moore revisits the traumas of his past, and traces how he not only survived them, but went on to become the prominent activist and writer that he is today.

Moore is also Editor-at-Large at CASSIUS, co-managing editor at The Feminist Wire, and an editor of The Feminist Wire Books (a series of University of Arizona Press). He is a writer-in-residence at the Center on African American Religion, Sexual Politics and Social Justice at Columbia University.

Moore recently spoke with Lambda Literary’s Nahshon Dion Anderson about the roots of his activism, his book, and what he’s been reading lately.

Your book really resonated with me. As a teen I was brutally assaulted, grew up with Rodney King, dated a pastor, lost a sister in a fire, and have also experienced racism.

In regards to racism and homophobia, do you find it challenging to separate the two? Is it sometimes necessary to “choose” a side at the risk of downplaying the other?

I am happy that my book resonated with you. Your story, my story, stories that examine what happens to those of us who exist on the edges of the margins, contain truths I imagine many Black queer and trans people can relate to. The various forms of antagonistic behaviors and policies that surface as a result of systemic racism and the calculated disdain of LGBTQI people are interconnected, which is why I don’t see those forces as separate. They are vestiges of what bell hooks calls “imperialist white supremacist capitalist patriarchy.” I’d amend that descriptor to read “imperialist white supremacist capitalist ableist heteropatriarchy.” So, for me, there is no choosing sides in a world where Black people are embattled on all fronts. Black feminists have taught us as much.

No Ashes in the Fire is your personal coming-of-age story. What gave you the courage to write about your life? Why is this important at this point in your career?

I didn’t set out to write a memoir. I didn’t think I had lived and experienced enough to write about the textures of my life. And I always thought memoir, as a genre, appeared grand and narcissistic. At that point, I hadn’t read enough good memoirs to challenge my naïve assumptions. But I realized that our personal narratives, if honest and compelling, can be transformative. I wanted a 16-year-old Black youth somewhere to pick up a book that offered a window into some aspects of their lives. I wrote a book I needed—words that, had I had access to them in the past, might have made the difference between the many days I spent trying to die and the years I’ve spent trying to live. I finally felt free enough to share parts of my life story with others.

In the book you detail an horrific episode when you were fourteen, some boys from your neighborhood tried to set you on fire. Do you find that you still deal with the effects of the trauma you endured? Does the smell of gasoline or fire bother you? 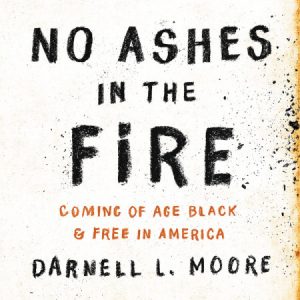 Traumas don’t easily pick up their bags and abandon the emotional and psychic spaces they inhabit in our bodies. Writing No Ashes in the Fire was healing work. It was an excavation of my mental and emotional history.

In order to be transformed, which is a process that is ever evolving, we must be willing to confront the sources of our pains—that which arrests us because we’ve been harmed, and that which haunts us as a result of our wrongdoings. I am not bothered by the smell of gas but I am shook by the possibility that the lives of Black LGBTQI people can be snuffed out by fire, or bullets, or hands, or words, with ease.

If you were not a Black gay man that also endured homophobia and racism, do you have other motivating or circumstantial factors that may have led you down a similar path of activism and social justice?

I am a son of Black mother who gave birth to me during her teenage years in a predominantly Black, economically devastated city, during the rise of neoliberal politics and HIV and the so-called war on drugs and the burgeoning prison industrial complex. I witnessed, and was impacted by, the violence of male dominance, poverty, racism, and much else. The first piece of political writing I wrote for public consumption was a poem about the power of Blackness. I was 14. That said, I (and my politics) have been shaped by so many factors, including the abuse my mother and aunts experienced at the hands of men in their lives, state violence, structural inequity, and self-detestation. So much of my work is about undoing those forces and imaging, and co-creating, communities where those violences are no more.

In February 2018, you interviewed my mentor, Sarah Schulman, about her book, Conflict Is Not Abuse: Overstating Harm, Community Responsibility, and the Duty of Repair. She inferred that had the Stoneman Douglas High School shooter received community support and acknowledgement of his pain, this tragedy may have been avoided.

You’ve endured violence before. Are your thoughts similar to Sarah’s, or do you have a different outlook in light of what you’ve experienced?

I appreciated Sarah’s take. In my book, I write about a neighbor who tried to end my life when we were teens. The easy way to characterize him would have been to mark him as a monster, but I wanted to wrestle with my assumptions and limited empathy. I sought to unpack the interiority of someone who harmed me and understand what might have been at the root of his hate for me. I don’t mean to imply that his actions weren’t harmful. I tried to connect with his humanity in an attempt to uncover the grounds of his hurt. My hope is that anyone reading my book who feels/thinks similarly might make a more just choice.

Now, let’s talk about Darnell the author. How do you prepare to write? Do you have a particular setting? What needs to take place to complete your process?

I wish I could share some super dope tips, but I am a whimsical Aquarius who is often journeying in my head and who tends to be moved by how I feel as much as I am by what I am thinking. I write best when my spirit is leaping and when my heart is on fire. When I was writing No Ashes in The Fire, I spent all of my writing time alone in Atlanta. I like to write in silence and solitude so that I can fall apart, walk away from the laptop or notepad, take a stroll outside to jot down notes, scream, hide under my covers, knock out, delete pages, and then return to the blank screen with words that I can live with and love. It’s a strange and hard and beautiful and messy process. But it works for me.

What are you reading now, or what’s the last thing you read?

I am fortunate to be surrounded by so many brilliant Black and queer writers who also happen to be friends. Some of their books are out now or are soon to be available. I’ve just finished When They Call You a Terrorist: A Black Lives Matter Memoir by Patrisse Cullors and Asha Bandele; Eloquent Rage: A Black Feminist Discovers Her Superpower by Brittney Cooper; Sister Love: The Letters of Audre Lorde and Pat Parker, 1974–1989, edited by Julie R. Enszer and Inside/Out by Joe Osmundson. I am currently reading Michael Arceneaux’s debut book, I Can’t Date Jesus: Love, Sex, Family, Race, and Other Reasons I’ve Put My Faith in Beyoncé; May We Forever Stand: A History of the Black National Anthem by Imani Perry and The Opposite of Hate: A Field Guide to Repairing Our Humanity by Sally Kohn. I am also excited for Kiese Laymon’s memoir, Heavy, to shake the world.

What advice would you give to other emerging writers?

Write from the gut and the heart. Don’t be distracted by the “business” of writing or the lure of the cult of celebrity. It is easy to get caught up and lose focus when the industry demands of us to be avatars and brands—even as artists. Some of us believe that we are only successful as writers only when, and after, we’ve been published, celebrated, or received book deals. We are on no one’s timeline but our own. Write. And fall in love with it. Write some more. Try again. And honor your gift by giving it the time and love it requires.

Would you address the naysayers who once doubted your writing ability, or is the proof in the pudding, so to speak?

I’d rather not address the naysayers. There will always be those who don’t believe in our abilities or some people who just don’t like what we have to offer. That’s cool. I’d rather focus on those willing to engage and offer generous criticism.

What else is on the horizon for Darnell Moore? What can we look forward to?

I plan to rest and vacation after we promote and tour the book. I also hope to flesh some ideas around a second book project by early summer. It’s ambitious, I know, but it’s another love project. I’m eager to release a CASSIUS originals docuseries on Black LGBT life in ATL. And some other fun things soon coming.

'Terrible Praise' by Lara Hayes
May We Present... Alejandro Heredia's You're The Only Friend I Need
‘Darling Days’ by iO Tillett Wright