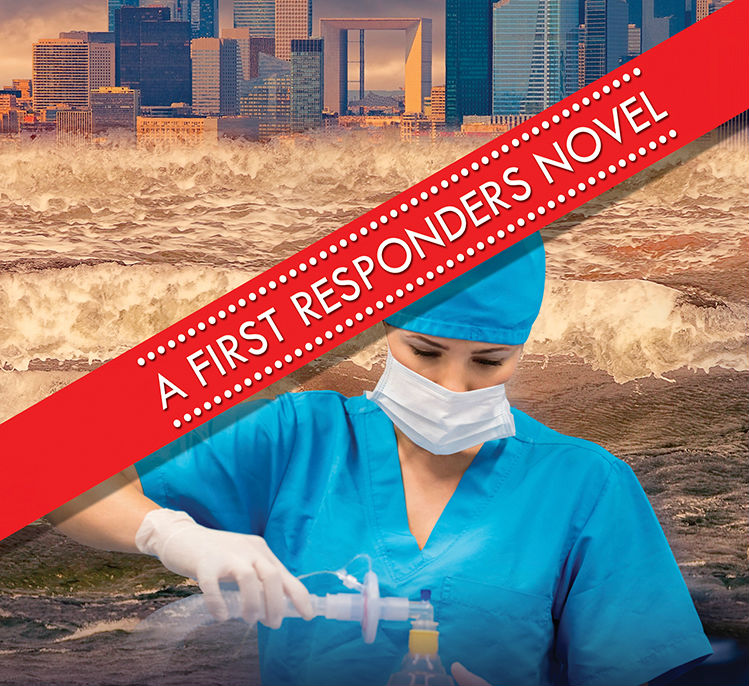 Dara Sims is a trauma doctor and head of the emergency response team at Miami Memorial Hospital. When Hurricane Leo threatens to devastate southern Florida, a phone call from the hospital’s CEO thrusts Dara into the center of the crisis.

When we first meet Colonel Sawyer Kincaid, she’s on vacation in Miami. Journalist Catherine Winchell tries to hit on her, but Sawyer has already figured out she’s no longer interested in being a player or being played. Sawyer, who commands six thousand National Guard troops, is dedicated and single-minded, but Catherine won’t let go.

Sawyer is only rescued from the clutches of the persistent newswoman by the buzzing of her phone. Unfortunately, the interruption and Sawyer’s rejection of Catherine isn’t the end of their encounters. When Hurricane Leo begins its approach toward land, the women are thrust together again as Catherine embeds with the National Guard, which has been mobilized to help with transfer of patients from one hospital to another and the subsequent rescue of the general public.

As Dangerous Waters finds Dara and Sawyer in their initial meeting to establish roles for the rescue operation to follow, they find one another simultaneously annoying and intriguing. Sawyer identifies Dara as “territorial” and Dara sees Sawyer as “overbearing.” Yet both find something appealing in each other, feelings they continually push aside to focus on the immediacy of the situation. Neither woman has a reputation for being willing to recognize that something powerful is happening between them, but like the storm barreling toward the coast, those feelings are strong and persistent.

As Dara and Sawyer begin their work to move critical patients, they find their interactions often interrupted by Catherine Winchell, a woman who knows how to sniff out a juicy backstory even while reporting on the rescue of patients, and both Sawyer and Dara have pasts that could make for interesting reporting. However, Catherine soon discovers neither woman can be coerced into talking about their past experiences, especially to give her a sensational story.

The storm brings another dramatic turn involving both main characters as they work to help keep victims alive. Trouble hits close to home when Dara finds the patients at her grandmother’s nursing home are threatened by a power failure, and management personnel have gone AWOL.

This story opens with the introduction of minor characters from the weather center and the entire first chapter is devoted to them. We are delayed in meeting Dara and Sawyer until the second and fourth chapters, respectively. But Radclyffe still delivers a powerful, haunting tale, an adventure with romance slowly bubbling to the surface.

Sawyer is the strong, intense hero figure with a tragic past. Dara is resilient and confident with a strong commitment to her role as a physician and has struggled long and hard to be her own woman. This sets the scene for these two women to clash during their initial meeting. However, it quickly becomes apparent that the charismatic colonel and the dedicated doctor have a compelling undercurrent of attraction and longing that runs between them like an invisible thread, inevitably drawing the two of them together.

Minor characters are well devised, from Dara’s snooty, yet dedicated mother; her charming grandmother, who still has the wherewithal to cover up her lapses in memory; and Catherine Winchell, at once prying and troublesome, but also fearless and committed to her work as a journalist.

Dangerous Waters is a bumpy ride through a devastating time with powerful events and resolute characters. Radclyffe gives us the strong, dedicated women we love to read in a story that keeps us turning pages until the end.

These are a Few of Our Favorite Things
‘Queer Bergman: Sexuality, Gender, and the European Art Cinema’ by Daniel Humphrey
Chinelo Okparanta: On Her New Novel 'Under The Udala Trees' and Being a Champion of Love