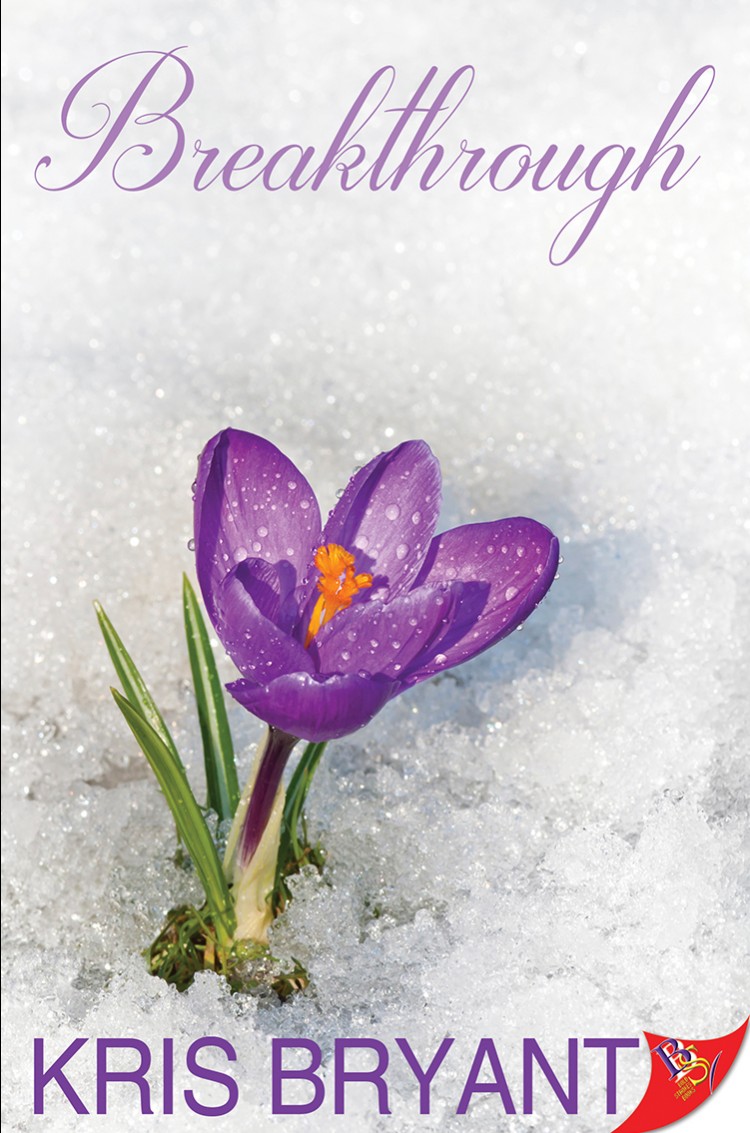 The last place Kennedy Wells wants to go is Alaska. After months of slogging through writing “where are they now” profiles of has-been celebrities, she’s ready to get back to the high-profile pieces about A-listers that she loves. And she can, but Kennedy has to do one thing first: write an article about an irritating reality show star who’s headed to Anchorage for a deep-sea fishing show.

Kennedy knows she’s a smart, accomplished woman. Surely Alaska won’t be that bad in the spring, especially if she packs a few extra sweaters. Surprising to her, but perhaps not the reader, Kennedy almost immediately finds herself on the losing end against mother nature (and not for the last time). She doesn’t seem to mind too much, however, when her mishaps keep bringing a handsome butch to the rescue.

Brynn Coleman, director of the Alaskan Wildlife Rescue and Sanctuary, is thoughtful, sweet, and apparently available whenever Kennedy finds herself in trouble. As much as Kennedy would rather be back in LA, she’s quickly drawn in by locals like Brynn, the librarian Mandy, and even an adorable little raccoon that might just make you forget that raccoons are really not supposed to be pets.

Kennedy’s poised to take back control of her career and knows that her time in Anchorage is finite, and yet she can’t seem to resist Brynn’s kindness and her unassuming ways. Can Kennedy really walk away from the glitz and glamour of her life in California when she’s never wanted a long-term relationship before?

Breakthrough is told in the first person entirely from Kennedy’s perspective, giving us insight into her internal journey as she grows from party girl on probation to something so much more. This also means that everything we learn about Brynn is delivered through Kennedy and their interactions, which run hot and cold since Brynn is guarded as she struggles with her attraction to Kennedy. In time, we learn that Brynn has deep, long-held hurts that prompt her to keep herself apart from other people, so she has to learn to open up and trust Kennedy, and decide whether she can reach out for what she wants.

Those hurts are what drove Brynn to Alaska in the first place, and it’s clear that the wildlife sanctuary helped her put her life back together in a way that’s similar to how it helps animals recover from wounds. It also helps Kennedy, in addition to her relationship with Brynn and the mettle-testing wildlife and people of Alaska, undergo her own transformation.

Kennedy doesn’t arrive wounded per se, but she’s shallow and overly thin, only wanting to get back to a life that doesn’t feed her in any sense of the word. She’s naive and kind of ridiculous when she shows up in Alaska, underprepared for everything. Despite that, Kennedy doesn’t admit defeat when anything comes her way, showing grit as she keeps brushing herself off and readying herself for the next challenge. And despite usually wearing a facade—mandatory for staying at the top in her career—Kennedy lets Brynn see her whole self from the very beginning. By allowing herself to be authentic and vulnerable, Kennedy is able to revel in Brynn’s nurturing as she figures out the million dollar question of what her feelings for Brynn means for her beloved and hard-earned career.

Kris Bryant has written several enjoyable contemporary romances, and Breakthrough is no exception. It’s interesting and clearly well-researched, giving us information about Alaska and issues like poaching and conservation in a way that’s engaging and never comes across as an info dump. She also delivers her best character work to date, going deeper with Kennedy and Brynn than we’ve seen in previous stories. If you’re a fan of Kris Bryant, you won’t want to miss this book, and if you’re a fan of romance in general, you’ll want to pick it up, too.