‘Against Memoir: Complaints, Confessions, and Criticisms’ by Michelle Tea

‘Against Memoir: Complaints, Confessions, and Criticisms’ by Michelle Tea 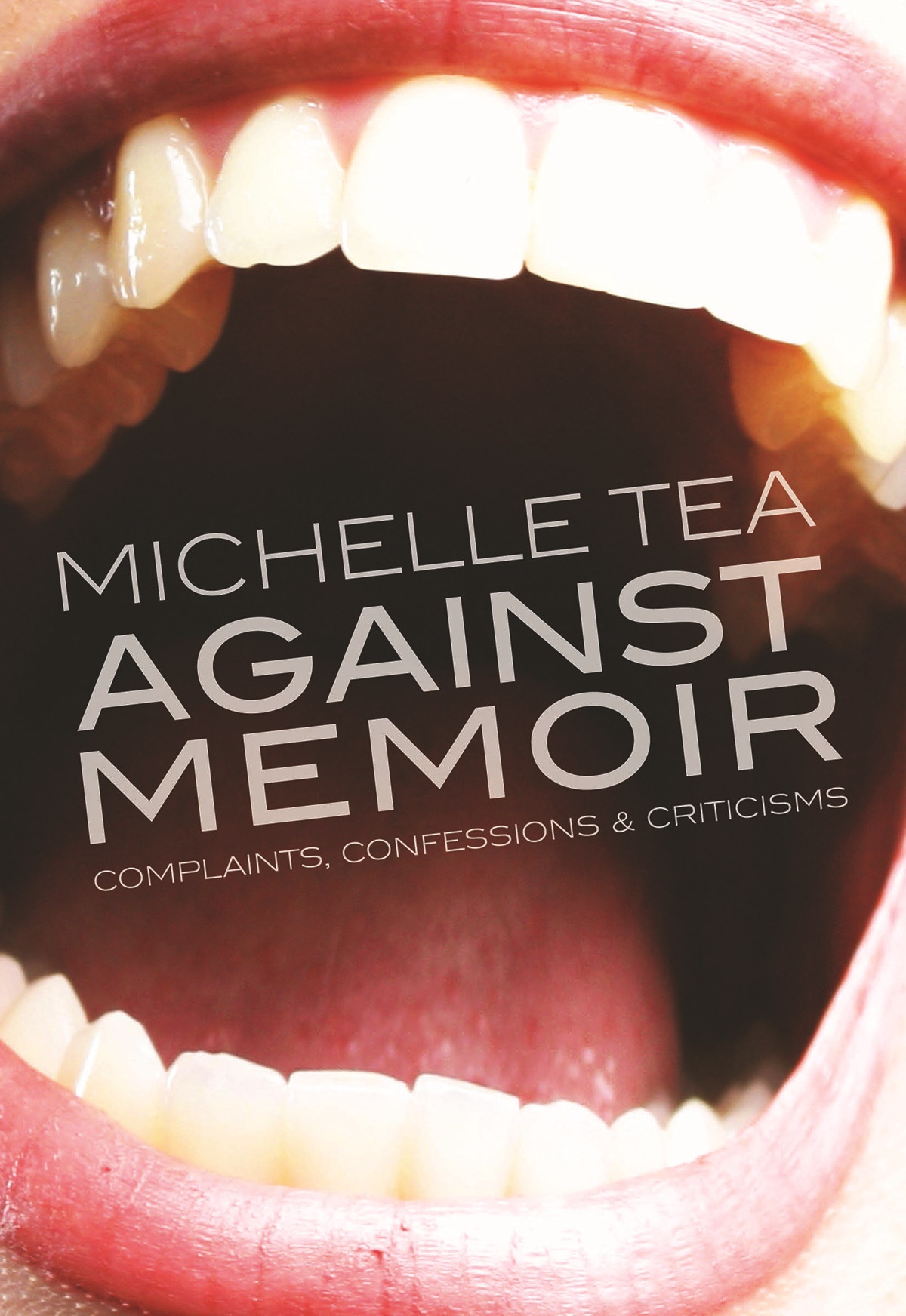 “It’s one thing to discuss your family’s trauma with other family,” writes Michelle Tea. “It’s another thing entirely to release their stories to a world that doesn’t love them.” She’s writing about the HAGS, a San Francisco group of lesbian punks active in the 1990s, but the sentiment could easily apply to many of the essays in Against Memoir, a new collection of Tea’s writings from Feminist Press.

The pieces brought together in Against Memoir navigate the difficult balance of the personal and the communal, and the dynamics of discussing fraught issues within a community (especially queer communities), versus discussing those same issues with those outside of that community. The breadth of topics covered in this volume is impressive—no doubt there is something here for everyone. Tea writes as insightfully and incisively about pop art as she does about punk music and pigeons.

Some of the strongest, most moving pieces examine struggles within queer and feminist communities or the complicated legacy of problematic cultural icons through the lens of Tea’s own experience. In “Transmissions from Camp Trans,” Tea examines the protests that arose in response to the Michigan Womyn’s Music Festival’s trans-exclusionary politics. In another essay, Tea revisits the importance that The SCUM Manifesto’s feminism, humor, and rage held for her as a young woman, while pushing back on the strict gender binarism of some second wave feminist thought and Solanas’ transphobia. In a piece on the film Times Square (1980) and coming of (queer) age in the 1990s, Tea writes eloquently about the damage gentrification has wrought on cities and queer life, as well as the lessons she gleaned from so many films of that era: “To love damage was a path to loving yourself. [….] [Q]ueers do not come out of the minefield of homophobia without scars.”

The essays in Against Memoir paint a particular portrait of queer culture, especially in the 1990s, recording both pain and joy, vulnerability and resistance. One of the greatest examples of this is in “HAGS in Your Face,” Tea’s history of the San Francisco HAGS. The essay works against the ways in which the HAGS have already been forgotten and erased: “there is no recorded history of this subculture and the copious amounts of culture it produced: politics, fashion, art, sex. But like that other decade of revolution, the dyke nineties of San Francisco began joyful, dark idealism that obscured the coming crash.” “HAGS in Your Face,” like so much of Against Memoir, resists that forgetting and erasure, keeping the memory of queer culture alive for those who might have no other way of experiencing it, who might never have known it otherwise.

Throughout the collection, Tea grapples with the role of art and writing, especially in the era of Trump. What good is writing? she often asks herself. In “The City to a Young Girl,” she offers an answer, writing that “the purpose and point of our political writings, our personal struggles” is:

not to change the world that can’t or won’t be changed. It’s to leave traces of ourselves for others to hold onto, a lifeline of solidarity that spans time, that passes on strength like a baton from person to person, generation to generation. [….] Our words and stories are so often buried, forgotten, never-known, and the excavation of them may not change the world but it may make the world worth living in.

Against Memoir is a celebration of queer life, love, art, politics, history, pain, and joy. Tea’s writing continues to make the world worth living in.

Queer History and Roller Coasters: Vera Kelly’s Thrilling Second Installment
'The Greek House : The Story of a Painter’s Love Affair with the Island of Sifnos' by Christian Brec...
'Canary' by Nancy Jo Cullen