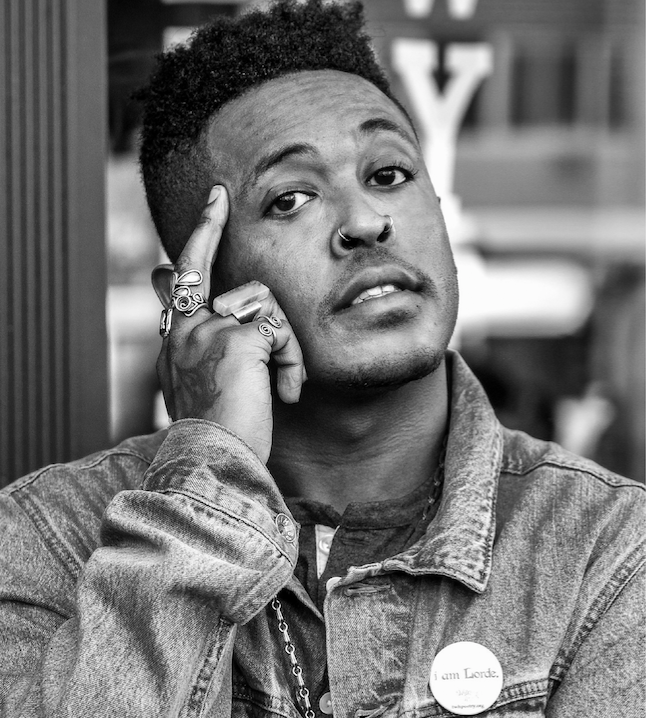 Queer poet Danez Smith has been awarded the inaugural T.S. Eliot Four Quartets Prize. Administered by the T.S. Eliot Foundation in partnership with The Poetry Society of America, the award honors a unified and complete sequence of poems published in America in a print or online journal, chapbook, or book in 2016 and/or 2017. Eliot’s “Four Quartets” were published in a single volume, for the first time, 75 years ago in 1943, and the prize marks and celebrates this anniversary. Danez was one of three finalists, accompanied by Geoffrey G. O’Brien and Kathleen Peirce, selected by judges Linda Gregerson, Ishion Hutchinson, and Jana Prikryl.

This expression of continuity and character of which the Four Quartets Prize is dependent on is celebrated in Danez Smith’s “summer, somewhere”, from his book Don’t Call Us Dead (Graywolf Press, 2017). Smith’s publisher calls his work “a crown of poems that imagines an afterlife for black boys who’ve died from lynching in its various forms . . .[and] reconciles the impossible weight of grief with the death-in-life that haunts black men, transforming archetypes of black death into an expression of the beauty of black lives”.

Danez Smith’s work powerfully explores the body and its interactions with the world; Smith encompasses queerness, blackness, sickness and health to create a poetic expression that is as challenging as it is beautiful.

The winner was announced at the National Arts Club today, April 13, 2018, at a private luncheon.

Cosmo Halterman de Ochoa is a queer latina poet from Texas, living in Brooklyn. She studies poetics and literacy accessibility at NYU's Gallatin School of Individualized Study. You can find her on twitter at @raspberey.