Joy Ladin: On Trans Poetics, God, and Being Human

Joy Ladin: On Trans Poetics, God, and Being Human 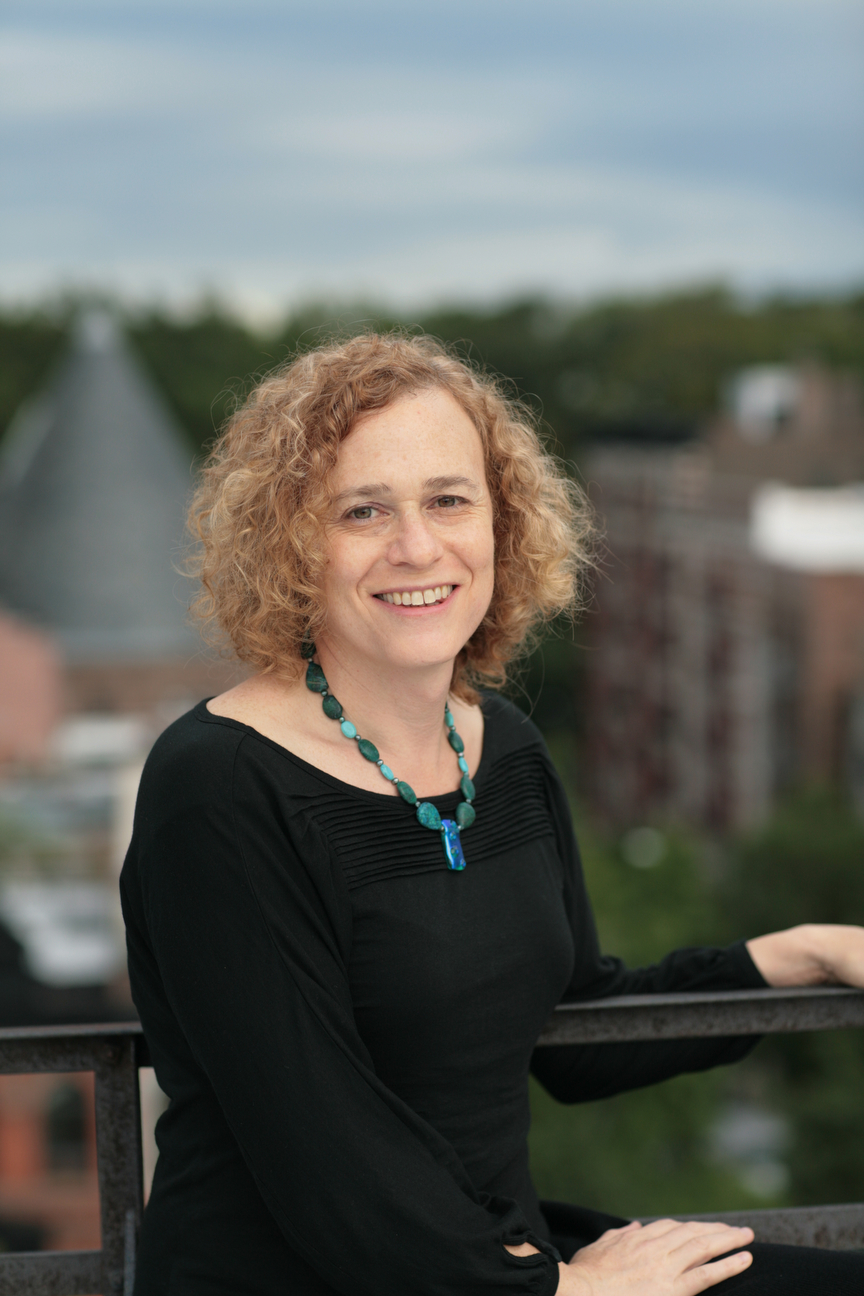 Joy Ladin is a poet, essayist, and literary scholar, and the first openly transgender professor at an Orthodox Jewish institution. She is the author of nine books of poetry, including her most recent collections, Fireworks in the Graveyard (Headmistress Press, 2017) and The Future is Trying to Tell Us Something: New and Selected Poems (Sheep Meadow Press, 2017), as well as a forthcoming volume, The Soul of the Stranger: Reading God and Torah from a Transgender Perspective (Brandeis University Press, 2018). Recipient of a National Endowment for the Arts Writing Fellowship, a Hadassah Brandeis Research Fellowship, a Fulbright Scholarship, and an American Council of Learned Societies Research Fellowship, she holds the David and Ruth Gottesman Chair in English at Stern College of Yeshiva University.

In your “Trans Poetics Manifesto” (Troubling the Line, edited by Trace Peterson and TC Tolbert, 2013), you define “trans poetics” as techniques that enable poetic language to reflect the kind of complex, unstable, and contradictory relations between body and soul, social self and psyche, that those who see ourselves as transgender experience as acute, definitive, life-changing.

Because this manifesto appeared during Barack Obama’s presidency, I have to ask—has your thinking changed since then or remained the same?

I stand by that definition. But I don’t think a lot of poets see it as a focal mission.

Much of gender is about social interaction, and relatively little American poetry is narrative in ways that portray social interaction. Perhaps what I’m calling “trans poetics” might play more of a role in fiction, where trans characters must be portrayed in terms of how they define, express, and are recognized and misrecognized in terms of gender.

Or perhaps I didn’t account for how younger (I’m in my mid-fifties) writers understand transgender identities. When trans theory is taught in at the graduate level, it tends to be taught in ways that follow poststructuralism—emphasizing the way signifiers can be used to short-circuit old notions of gender, rather emphasizing how language can create new understandings. Meanwhile, at the undergraduate level, more people are growing up with the idea that “transgender” is a stable category, one that doesn’t need trans poetic techniques to be visible and intelligible.

But this definition remains a meaningful one for you.

Yes, it does, though my thinking about it has broadened far beyond poetry. I now see the trans poetic problem of representation as important not only for trans literature but also for religion, theology, and understanding in all human communities. Take the representation of God in the Hebrew Bible. That’s the earliest example I know of trans poetic literature. How do you represent a God who can’t be represented in human terms? How do you portray a being who has no body, no identity, no fixed relation to anything that we would recognize? To me, these problems are quite similar to problems trans people face in expressing and being recognized as who we are through binary gender categories that cannot help but misrepresent us.

So is God a transgender poet?

No, though I love that idea—it’s always flattering to imagine God as being like oneself. But “transgender” and “poet” are both human categories, and because God isn’t human, God can’t fit within them.

In your manifesto, you describe rhyme as a trans poetic: “The use of sound to call attention to likeness in unlikeness, the revelation that different semantic bodies harbor the same sensuous soul”.

Do you feel that there are trans poetic differences between perfect and slant rhyme, between assonant and consonant rhyme?

Poetic time—meter, rhythm, scansion—in what ways are those part of your trans poetics?

In most of my work, there isn’t a direct relation. I’ve always experienced the sound qualities of poetry as physical, happening in the body—but in a way that is not defined by gender. So I don’t often reach for sound for trans poetic purposes. I’m more interested in the way sound effects in poems amplify or interfere with the meaning or gesture of the words.

But when I’m writing about God, I do use rhyme and other sound effects trans poetically, to express the mismatch between God and human terms. For example, I’m working on a sequence of poems in the voice of the Shekhinah, the Jewish mystical name for the immanent aspect of God, which is usually figured as female. In those poems, rhyme and meter are musical resources for representing a being who doesn’t fit into human categories. They aggressively interfere with the normal meanings of the words, pointing toward patterns beyond what the words are saying, disrupting tones of voice, shifting the sense of intimacy or distance, reminding the human listener that God can talk in any way she wants.

Where do you see your trans poetics as intersecting with your woman’s poetics, lesbian or bisexual poetics, or Jewish poetics?

At this point, I understand trans poetics as ways of addressing a problem that is built into being human. None of the categories we depend on are ever fully adequate to represent us, so poetry must always find ways to represent us, whatever we are, that go beyond ready-made language. People often think of trans identities as inherently queer, defined in opposition to inadequate terms and categories. But I see all human beings as wrestling with terms and categories that can never perfectly fit us. For me, that’s why trans poetics are important—because articulating trans identities is to articulate being human.

Samantha Pious is the translator of A Crown of Violets (Headmistress Press, 2017), a selection of poems by the Anglo-French lesbian writer Renée Vivien. Some of her other translations and poems can be found in Adrienne, Lavender Review, Mezzo Cammin, and other publications.