‘Getting Off’ by Erica Garza

‘Getting Off’ by Erica Garza 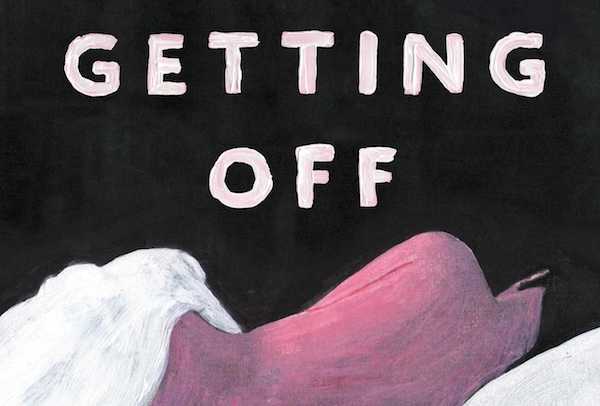 Erica Garza is not the sex addict we’re used to seeing. She’s not Harvey Weinstein or Kevin Spacey, seemingly clinging to a label as an excuse for being a monster. She’s a decent person, a bisexual, a POC and a woman, with a problem that began in childhood. “From watching soft-core on cable TV at twelve, to downloading photos at a snail’s pace on AOL at fourteen, to tuning in to streaming sites with broadband forever after, my habit became more immediate, more intense, and harder to escape,” she writes.

The book opens on an average night for her, the kind that would probably not be average for many. She’s having sex with a man named Clay, and he is not the love of her life or even harmless fun, but  simply the dispenser of sex. Garza’s addiction is like that friend who appears all cool and fun but doesn’t have your best interests at heart. It turns her into a slave, weighs her down with shame, provides her with (and drains her of) joy, gives her a STD, makes it impossible for her to have a healthy connection with another human or herself, an experience she writes about vividly:

I knew, for sure, that I didn’t want to be kissing this man, this ex-boyfriend of Helen’s who was older than my own father, but I didn’t want to be impolite. The pot had already taken control of my thoughts, my voice, and my will. […] Just as I was starting to feel disgusted with him and with myself, something strange happened. There was a shift. An opening. Suddenly, I felt turned on. I opened my eyes and saw him on top of me, this old man I didn’t know or like, and then I looked over at the photo of him on the wall with his kids, and I, too, felt like a kid. Like a little girl who was unsure of herself and didn’t know what else to do but hand herself over to a man, any man, a man who made her feel like this. […] I felt alive. I felt lit, high, and drunk. I got off on the idea that I was a whore being used, a dirty slut, something to be ashamed of. But this was, of course, only temporary.

One thing that makes sex addiction so tough is that, as with food addiction, you can’t go cold turkey. (Well, you can, but it isn’t much fun.) Towards the end, Garza learns to incorporate healthy sex back into her life, and that should give hope to anyone dealing with this. We must appreciate too that she is possibly opening herself up to judgment from those who think this shouldn’t be spoken of at all, and those who believe someone like her is just “slutty.” This takes on added weight when you consider that sluttiness itself is an unfortunate stereotype for bisexuals.

Big picture? Getting Off does what successful memoirs are supposed to do–puts us in another person’s shoes and allows us to take away real solutions that could help our problems–even if our lives are not similar to hers. Whether sex addiction belongs in the Diagnostic and Statistical Manual of Mental Disorders is up to the medical professionals to decide, but anyone suffering like this needs to be taken seriously. Garza may never totally recover, as she herself admits, but she is on the right path, so the title not only reflects getting off in the dirty way, but maybe finally getting off this merry-go-round for good.

'Portland Queer: Tales of the Rose City' ed. by Ariel Gore
'Fierce Overture' by Gun Brooke
'The Angel of History' by Rabih Alameddine