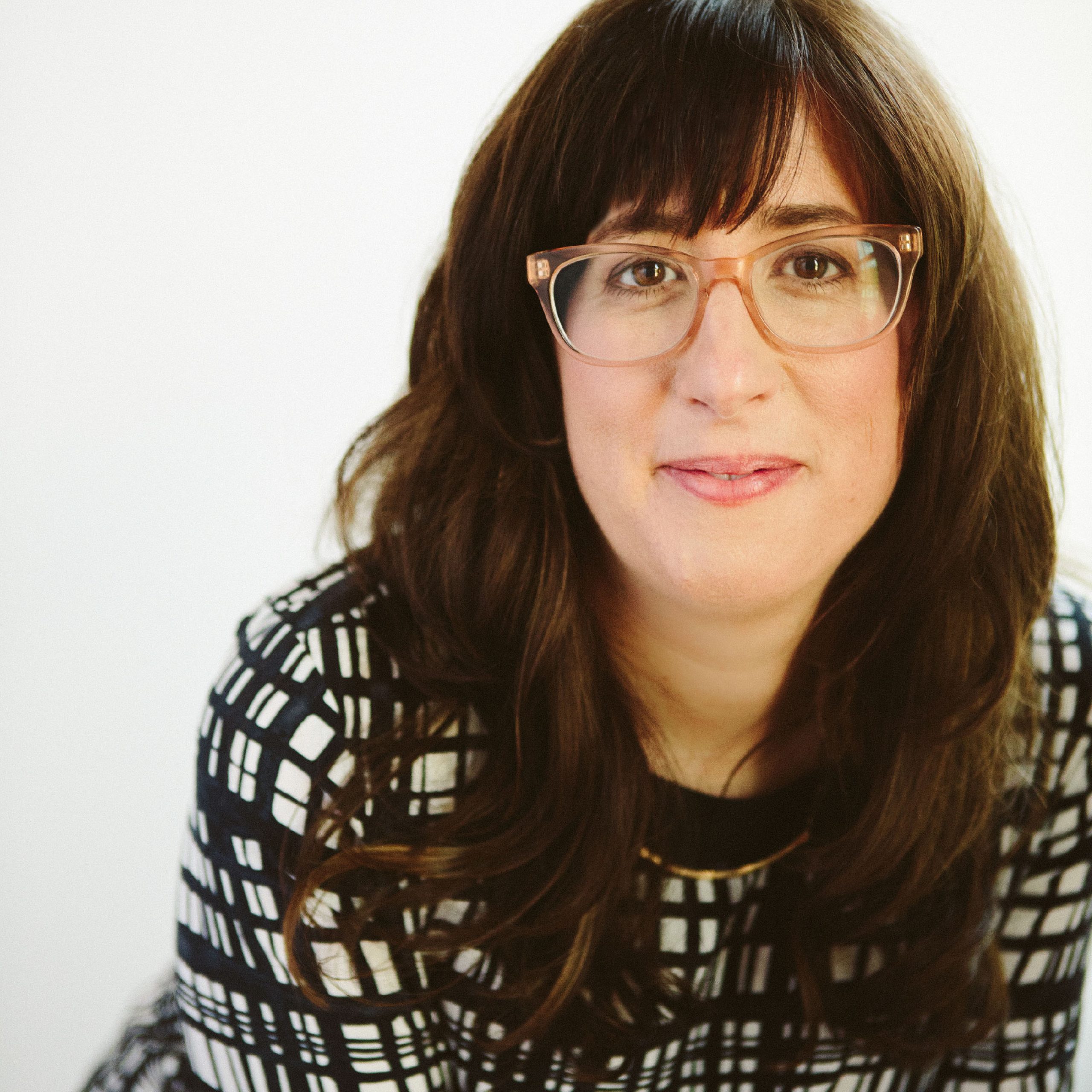 In Erin O. White’s new book, Given Up for You: A Memoir (University of Wisconsin Press, March 2018), the first-time author grapples to reconcile her faith with her identity. The book is a remarkable contribution to the Living Out: Gay and Lesbian Autobiographies series in its ability to break the silence on being a queer person of faith.

White spoke with the Lambda Literary Review about her new book and her spiritual quest.

I’m so happy about your book and getting to interview you. Why aren’t more people talking and writing about lesbians and their faith? Is it too radical? Too embarrassing?

I think it’s too upsetting. So many lesbians—so many queer people—have been treated terribly by organized religion, which is a pretty good reason not to want to talk about it. And yes, I also think it’s embarrassing, because—queer or not—the soul loves what the soul loves, and it’s embarrassing to love something that doesn’t love you back. You don’t want to seem naïve, or self-loathing. You don’t want to be a bad lesbian. So I think even acknowledging faith is a very vulnerable act for a queer person. Writing about it is even harder.

It’s fascinating that you became a Catholic, and then a lesbian, and then an ex-Catholic, like so many of us who were born into the religion. Do you think you’ll ever be able to go back? What would it take?

It’s true; I went from being a secular straight person to a lesbian ex-Catholic in the span of just a few years. I was very efficient! I used to wish I’d had more time to live as a Catholic in a less complicated way, although now I understand that faith is always complicated and that any believing person is very much out on a cliff’s edge, that we’re like Jacob wrestling the angel, trying to extract a blessing from a God we’re not sure how to approach.

As for Catholicism, I don’t see it so much in terms of going back or not. I have a Catholic imagination, and that can’t ever leave me. But I don’t go to Mass. My daughters, much to their disappointment, didn’t have a first communion (they wanted the fancy white dress). In order for me to fully join in the life of the church, I suppose the church would have to see me as fully alive. It would have to believe in the sanctity of my marriage, the blessing of my children.

In the book, you mention a kind of vision you had, which is really the queerest thing there is to Catholicism—all that marginalized mysticism and fabulousness. Was your vision a Julian-of-Norwich vision? Or something else? Would you describe it for is?

After I had that vision I thought, well, I am now a person who has visions. How wonderful. But that was twenty years ago, and I haven’t had another since. I’m still waiting. It was such a lovely thing to experience: very quiet, very warm. There was nothing dramatic about it, just me and Jesus sitting on my futon. He was wearing the softest flannel shirt I’d ever felt.

I agree with you that visions are a very queer part of Catholicism. Although really, the whole religion is very queer. There’s so much transformation, so much pageantry. Catholicism insists on an embodied love of the invisible and the impossible, and it depends on such gorgeous objects to animate that love: rosary beads, statues, reliquaries. My god, it really is such an extraordinary religion. It’s too bad the Church has screwed up so much, so many times.

There’s a way in which your book is very radical. Do you want people to think of it as radical?

I love that you think my book is radical. The whole time I was writing it I was thinking, this book is the least radical book ever written. I mean, it’s about loving Jesus, getting married, and having babies. But yes, I want people to think of it as a radical book, and not just because I was doing all those unexceptional things as a lesbian. I think the book is radical because of what the narrative insists, which is that my seemingly contradictory desires—for God, for Catholicism, for a woman—can and do exist in the same body, the same mind. That they all make sense, or at least as much as anyone’s desires make sense. I mean, queer people (my wife included) couldn’t understand my desire for the Church. And the Church couldn’t understand my desire for my wife, and it certainly couldn’t understand my desire to have children with her. But those desires were mine and they were undeniable, and so I had to use them to compose my radical Catholic lesbian life.

When I was young, I always thought that if I had to be with a man besides my one and only boyfriend ever, I’d be with Jesus. I mean, I really thought I’d be a nun when I was younger. Do you think that’s a particularly lesbian idea?

You’d be a great nun, which I mean as a true compliment. I grew up in a very pro-nun household. My parents were raised Catholic—although they left the church soon after they married—and both of them worked at a Catholic hospital. I was raised to hold nuns in the highest regard.

Nuns are so interesting because their lives are actually the opposite of what secular culture stereotypes them to be. The images we have of nuns are of women who are cloistered and stuck, and either stern or meek. But in reality, they are very free. Nuns are in this life-long love affair with Jesus, who isn’t around much and requires no domestic care, so they engage in their own work, political action, contemplative thought. It’s really a marvelous life for a woman. I’m working on a novel that has a few nuns in it and I’m amazed, in a narrative sense, by the range of what they can do and be, and by the enlivening power of that divine love.

You recently reached out to the author and Jesuit priest James Martin about his recent support of gay and lesbian Catholics. What did you tell him?

I love James Martin. He’s a Jesuit, and I love Jesuits. I might be the only lesbian mom in America who wants to send her kids to Jesuit colleges. The Jesuits have this wonderfully literary and imaginative form of prayer that involves visualizing yourself in the center of a moment from the Gospels. You can imagine Jesus’ hands, the tired look in his eyes, the sound of his voice. It’s all so real and intimate. It’s such a quick way to get to God.

But to answer your question, I just told Fr. Martin how much I appreciated his work on behalf of LGBT Catholics, and I sent him my book.

And he wrote you back? What did he say?

Oh, he was very kind. He congratulated me on my book, said he looked forward to reading it. You know, in the end, my book makes a very prickly peace with Catholicism, so I’m not sure my story is quite the story he wants to hear. I’m a married lesbian with two kids. In order for me to really be part of the Catholic Church, I need it to be more than what James Martin is asking it to be. He’s asking for people not to act hatefully toward LGBT Catholics, to treat them as children of God. Which is a great start, but it’s not enough.

Do you think priests like James Martin are the key to opening a door to queer Catholicism and faith?

They might be, although I’m hoping for more of a revolution from the pews. I’d like to see the mothers of LGBTQ people rise up and demand that the church celebrate their children. I think it could happen. That said, the Catholic Church is a culture that cedes so much power to its leaders, which, as we see in the case of the clergy sexual abuse crisis, can be devastating. But maybe that deference is fading. I don’t know. There’s still so much misogyny in the church too, and I’m not sure what’s going to topple first. Whatever it is, I hope I’m alive to see it fall.

You’re married to a lovely woman and have two daughters. What do they think of your book?

One of the books early chapters is titled “Grace,” which is my older daughter’s name, so my younger daughter is annoyed that she doesn’t have a chapter named after her too. I might have to buy her a pony to make up for it.

What do you hope your readers take away from the book?

I want everyone who reads the book to take away a sense of possibility. I want queer people to feel emboldened to pursue everything their hearts desire, no matter how conflicting or odd or embarrassing those desires might seem. I want them to think about the ways in which their own lives might expand. We’re only here once, for a very little while. Why not claim as much love and mystery and beauty as you can?

This interview has been edited and condensed

MB Caschetta is the recipient of a W.K. Rose Fellowship for Emerging Artists, a Sherwood Anderson Foundation Writing Award, and a Seattle Review Fiction Prize. Her work has appeared in the Mississippi Review, Del Sol Review, 3:AM Magazine, New York Times, and Chronicle of Higher Education, among others. People Magazine Top Pick's called her novel 'Miracle Girls' "darkly beautiful."