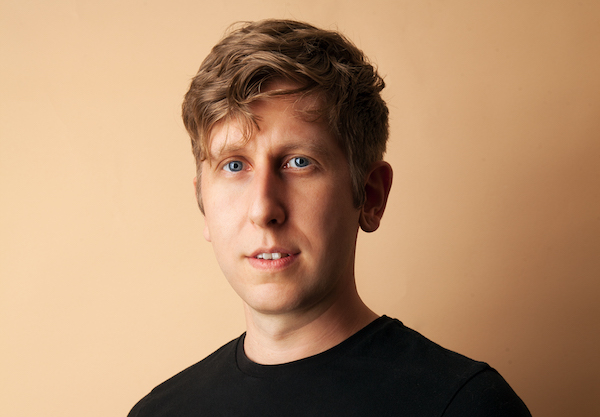 Body to Job  (Rare Bird Books). the new book by Christopher Zeischegg aka Danny Wylde, has garnered praise from Melissa Broder, Gaby Dunn, Antonia Crane, Jiz Lee, and more. The book, which is part memoir, part fiction, investigates life inside the porn industry, and casts a nuanced gaze on sexuality, relationships, and expectations; it also reveals the physical and mental highs and lows of working within the adult film industry, and delves deeply into the dysphoria that follows leaving the industry. This collection of short pieces possesses a refreshing candor; throughout, the narratives blend humor with pathos, reality with delusion, hope with disillusionment.

Chris was kind enough to speak with Lambda Literary via email about how Body to Job came into being, his writing process, life after leaving the adult film industry, pro-porn activism, and more.

What was it like to write a book as revealing as Body to Job?

So I started a blog a few years into my career. I wanted to document some of my experiences. Sometimes, through short stories. Other times, through political essays and interviews.

Years later, after I’d abandoned the blog, I came up with the idea to release a short story collection in print. I knew there was some blog material to work with. But a lot of that writing felt old and embarrassing, or it reflected an ideology that I no longer identified with. The stories that still interested me were personal, emotional, and often dealt with my relationships and inner conflict. I started to see pieces of a memoir, but there was a lot missing.

So I spent a lot of time filling in the blanks. At the end of it, I had Body to Job.

The book is very compelling, and as I read, I had the sense that it was the kind of book that needed to be written. Was it difficult to write? Is it cathartic, to have the book out in the world? 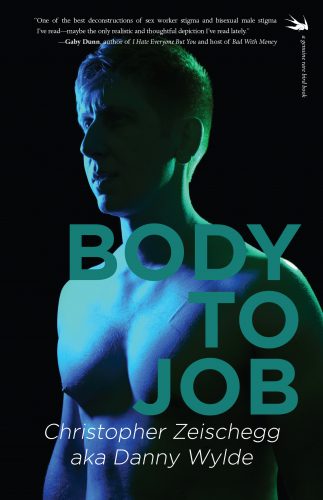 Certainly, there was a catharsis in writing the first draft of a story or chapter. I wouldn’t say that it made the process difficult. In some ways, that catharsis was my drive to write.

But the editing process, publisher submission, and waiting for the book to come out, all of that dissociated me from the initial experience. The editing became technical and aesthetic, not emotional. And all of the waiting made it feel as if the book was a snapshot of a different life.

Mostly, when I re-read a chapter or story, the reality of that experience feels distant. So it’s not presently cathartic to have the book out. I just hope that enough people buy it to warrant my publisher allowing me to do this again.

My career, finances, sense of self-worth, etc., all of it plummeted. I was lucky that people in my community did offer me work, mostly in video production and post-production. But the transition was very difficult for me.

I don’t think that I could have focused on Body to Job, or on writing much of anything worthwhile, until a couple of years later. I was in survival mode for quite some time.

But yes, I think that when I got around to the latter part of Body to Job, the writing allowed me to process those experiences.

The book blurs the line between memoir and fiction—dipping into both waters, it seems, and leaving the reader to guess what is real and what isn’t—why did you choose to combine the two? How did you go about deciding how to orchestrate the pieces?

I spent my teenage years playing in metal bands, watching a lot of horror movies, and reading – what I thought of at the time as – transgressive fiction. To this day, I’m drawn to genre work that uses violence as a metaphor for emotional turmoil. I think you can see that sensibility come through in my work.

When I reflect on parts of my life that are difficult to process, emotionally speaking, it’s more fun for me to exaggerate the truth. So in the latter parts of Body to Job, you’ll see some instances of me taking a negative experience and pushing it further, outside the realm of reality. There are a few instances where this process dips into horror or genre fiction tropes.

How did you come by the title?

All physical labor involves turning one’s body into a job, or a mechanism for work. In sex work, it’s maybe more obvious.

Also, I stole the title from the Swans album, Body to Body, Job to Job.

You talk about pro-porn activism in the book, at first with some hopefulness, but later with some battle fatigue—you mention feeling discouraged just as often as not. Are you still active in that world, or have you distanced yourself?

I’m barely active in that world. Though, I pay attention to my friends and old colleagues via social media. I prefer to allow those who are currently active in sex work to spearhead those conversations and those movements.

Bisexuality is a theme throughout the book, and from that stems the topic of homophobia specifically directed toward bisexual males in the adult film world. I don’t know why, but this surprised me. I’m curious if this attitude remains prevalent in the industry?

I’m not on set as much these days. And when I am, it’s not as a performer. So I’m not involved as much in those conversations.

As someone who doesn’t know a ton about the adult film world, and who might err on the side of the anti-porn feminist rhetoric, I found Body to Job highly relatable and sympathetic. There’s a matter-of-factness and nuance to your stories that doesn’t sensationalize, idolize, or demonize the industry or the people within it. And given that pornography can be a rather polarizing issue, this is quite the feat. How has the book been received by your former colleagues? How about your family and friends outside the industry?

I haven’t received a ton of feedback from people in the industry. A few performers and ex-performers, like Jiz Lee, Oriana Small, and Tyler Knight, blurbed the book. They’re my friends, and they had positive things to say. But I don’t think the book has been out long enough to really make the rounds. I also don’t know that many industry people, outside of my close friends, are interested in reading my book.

My father read one story in the book. It was difficult for him, and we had to have a talk about it. He probably won’t read any more of it. I’m fine with that. No other family member, that I’m aware of, has read it. I’m used to my family not paying too much attention to my work, though.

The response from my friends outside of the industry has been largely positive. But it’s hard to put much stock in that. Even if my friends hated it, I doubt they’d tell me to my face [laughs].

What’s next on your horizons—literary or otherwise?

The most interesting thing about it, in my opinion, is that I’ve been working with some artist friends of mine to shoot photo and video vignettes, based on the literary material. We hope to have an art show that corresponds with the novel’s release. Best case scenario, the book will come out as a novel-art-book-hybrid. I’m a very slow writer, though, so this may not be published for a while.

'Gideon the Ninth' by Tamsyn Muir
Jeffrey Round: On Becoming a Mystery Writer
T Cooper: Adventures in Manhood