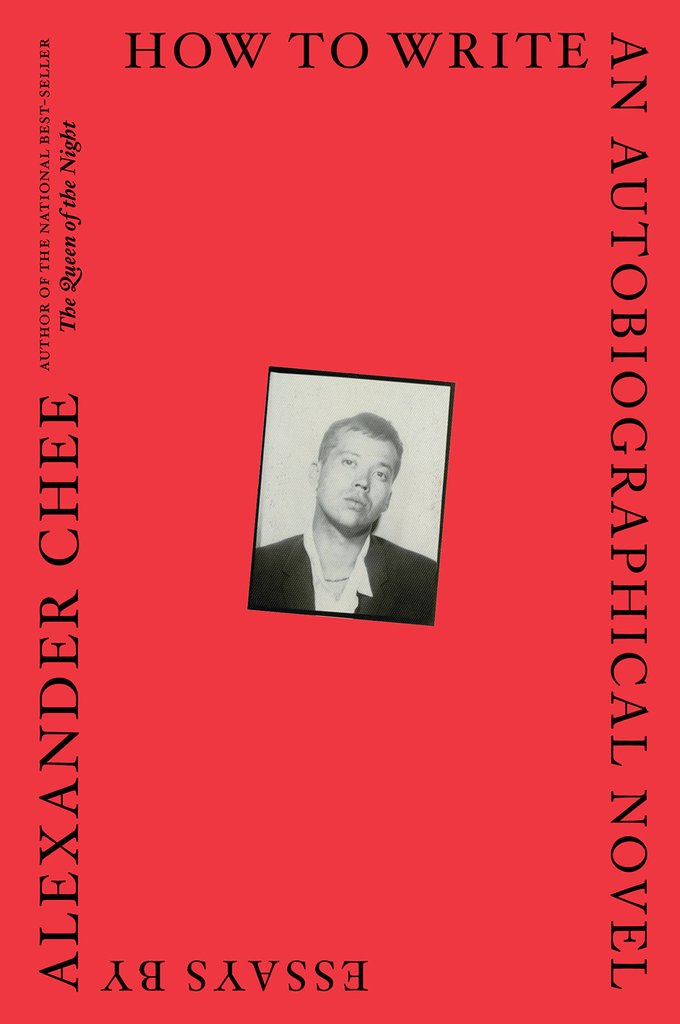 With How to Write an Autobiographical Novel (Mariner Books), writer Alexander Chee has penned a collection of essays exploring his education as a man, writer, and activist.

As the publisher describes:

How to Write an Autobiographical Novel is the author’s manifesto on the entangling of life, literature, and politics, and how the lessons learned from a life spent reading and writing fiction have changed him. In these essays, he grows from student to teacher, reader to writer, and reckons with his identities as a son, a gay man, a Korean American, an artist, an activist, a lover, and a friend. He examines some of the most formative experiences of his life and the nation’s history, including his father’s death, the AIDS crisis, 9/11, the jobs that supported his writing—Tarot-reading, bookselling, cater-waiting for William F. Buckley—the writing of his first novel, Edinburgh, and the election of Donald Trump.

By turns commanding, heartbreaking, and wry, How to Write an Autobiographical Novel asks questions about how we create ourselves in life and in art, and how to fight when our dearest truths are under attack. 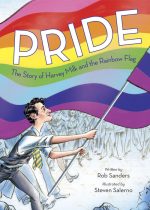 Pride: The Story of Harvey Milk and the Rainbow Flag by Rob Sanders comes out this month from Random House Books for Young Readers. This is the first picture book to look at the history of the iconic rainbow flag.

In this deeply moving and empowering true story, young readers will trace the life of the Gay Pride Flag, from its beginnings in 1978 with social activist Harvey Milk and designer Gilbert Baker to its spanning of the globe and its role in today’s world. Award-winning author Rob Sanders’s stirring text, and acclaimed illustrator Steven Salerno’s evocative images, combine to tell this remarkable–and undertold–story. A story of love, hope, equality, and pride. 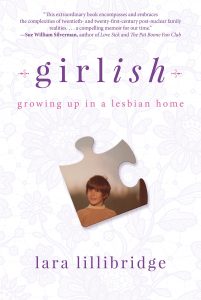 Girlish: Growing Up in a Lesbain Household is Lara Lillibridge’s honest and heartfelt memoir of growing up in an unconventional family.

“The story everyone wants to hear isn’t the story I want to tell.” Lara Lillibridge grew up with two moms―an experience that shaped and scarred her at the same time. Told from the perspective of “Girl,” Lillibridge’s memoir is the no-holds-barred account of childhood in an atypical household. Personally less concerned with her mother’s sexuality and more with how she fits into a world both disturbed and obsessed with it, Girl finds that, in other people’s eyes, “The most interesting thing about me is not about me at all; it is about my parents.”

It won’t be long before readers realize that “unconventional” barely scratches the surface. In the early years, Girl’s feminist mother reluctantly allows her to play with her favorite Barbies while her stepmother refuses to comfort her when she wakes up from nightmares. She goes skinny dipping on family vacations in upstate New York and kisses all the boys at church. Girl and her brother travel four thousand miles―unaccompanied―to visit their father in rural Alaska, where they sleep in a locked cabin without running water, telephone, or electricity. Raised to be a free spirit by norm-defying parents, Girl has to define her own boundaries as she tries to fit into heteronormative suburban life, all while navigating her mother’s expectations, her stepmother’s mental illness, and her father’s serial divorces.

Poet Ely Shipley’s Some Animal is a cross-genre exploration of gender and identity, engaging both the personal and the historical.

Aligned with queer theories of temporality, fragments of memoir rub against the language of psychiatric and medical regimes at the site of a body that does not conform to a gender binary. Some Animal draws out dream-like and supernatural resonances between the literature of pathology and experiences of gender dysphoria.