‘The Sparsholt Affair’ by Alan Hollinghurst

‘The Sparsholt Affair’ by Alan Hollinghurst 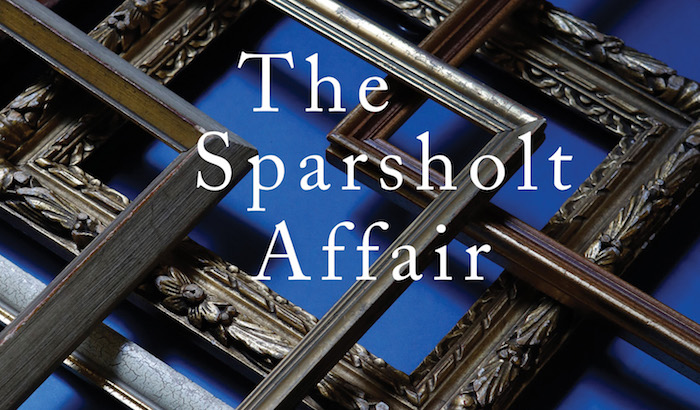 Authors of fiction do something for us that goes far beyond the mechanics of plot. They create, or recreate, a time and a place drawn from both their own experiences and their imaginations. Few authors do that with the skill and dexterity of Alan Hollinghurst. He can imagine wholly fleshed characters as complex and detailed as an individual artist as well as his oeuvre—not only the vagaries of their personality, but the whole body of their work—as he did so effectively in his earlier masterpiece, The Folding Star. This understanding of an artist’s skills extends to his own work. He, in fact, paints a world in more vivid detail than any visual artist can and lets us, the reader, dwell there for a time until we, with much regret, turn the last page. Many authors aspire to this, a lucky few have the skill necessary, and a mere handful, living and working today, do it as well as Hollinghurst.

In The Sparsholt Affair, Hollinghurst brings alive a generational tale that begins at the dawn of WWII in the storied world of Oxford University. An early manifestation of gay culture exists here and the men who people it are enraptured by a young oarsman of great beauty, aspiring RAF pilot David Sparsholt. It is Sparsholt, although he makes only brief appearances himself, that this narrative revolves around via his notorious reputation and later the life of his son, Johnny, an out portrait artist living in London. A fascinating group of academics, artists, and scholars who are those originally enthralled by Sparsholt provide a fascinating supporting cast as they live, create, and age through the decades that follow. Many of them befriend Johnny Sparsholt as a young artist, and we are taught something about aging with dignity, especially in gay culture where youth and beauty are worshipped and the march of time fought, until it is ultimately ignored. Characters such as Evert, a poet and art collector who loved Sparsholt in those Oxford years, age with grace and on their own terms and in Evert’s case, with the love and companionship of an attractive younger man. This theme carries over into Johnny’s life as we come to the present day and he hits his sixties finding himself single for the first time in years.

The Sparsholt Affair is a novel in five pieces—five places in time lovingly brought to life by Hollinghurst, as is his strength. The eponymous “Affair” is one that will be slowly revealed to the reader. Once we feel this world fully, he brings to life this unforgettable cast. They live in our minds—some until their decline and death—and a plot of complex twists and turns is never needed. This may be fiction, but it is an authentic story of fully-drawn personalities that are often flawed, in their very human way, but never boring. This is another device that Hollinghurst uses effectively here, better than any working author today, he tells real stories about characters he’s realized so fully, you’d swear that they lived and drew breath. Hollinghurst has been long and short listed for all the major awards, winning several, and no less can be expected of this extraordinary new effort.

'There Was a Sense of Family: The Friends of Mark Morrisroe' by Teresa Philo Gruber
David Eye, "Dance Bar"
Read an Excerpt from Edmund White's New Novel 'Our Young Man'