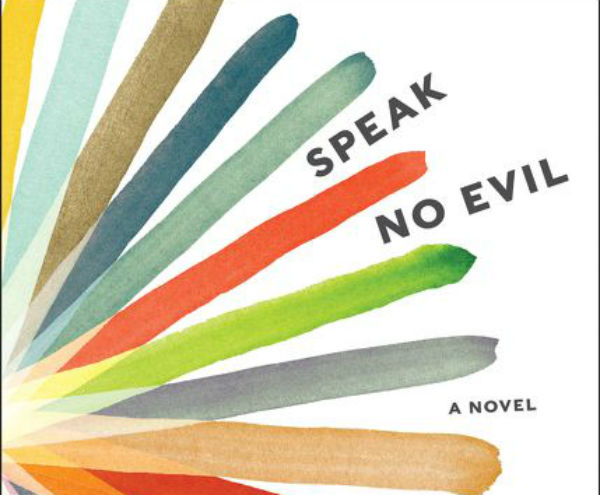 Uzodinma Iweala, author of Beast of No Nation, has a new novel out from HarperCollins: Speak No Evil. This novel tells the story of two privileged teenagers tied together in a chain of events which lead to devastating consequences.

On the surface, Niru leads a charmed life. Raised by two attentive parents in Washington, D.C., he’s a top student and a track star at his prestigious private high school. Bound for Harvard in the fall, his prospects are bright. But Niru has a painful secret: he is queer—an abominable sin to his conservative Nigerian parents. No one knows except Meredith, his best friend, the daughter of prominent Washington insiders—and the one person who seems not to judge him.

When his father accidentally discovers Niru is gay, the fallout is brutal and swift. Coping with troubles of her own, however, Meredith finds that she has little left emotionally to offer him. As the two friends struggle to reconcile their desires against the expectations and institutions that seek to define them, they find themselves speeding toward a future more violent and senseless than they can imagine. Neither will escape unscathed.

In the tradition of Junot Diaz’s The Brief Wondrous Life of Oscar Wao and Chimamanda Ngozi Adichie’s Americanah, Speak No Evil explores what it means to be different in a fundamentally conformist society and how that difference plays out in our inner and outer struggles. It is a novel about the power of words and self-identification, about who gets to speak and who has the power to speak for other people. As heart-wrenching and timely as his breakout debut, Beasts of No Nation, Uzodinma Iweala’s second novel cuts to the core of our humanity and leaves us reeling in its wake.

Ashley Woodfolk’s The Beauty That Remains blends the perspectives of three diverse points of view that is sure to appeal to fans of The Hate You Give by Angie Thomas. 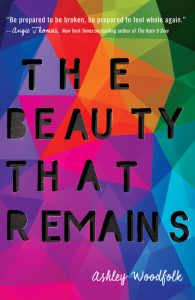 Music brought Autumn, Shay, and Logan together. Death might pull them apart.

Autumn always knew exactly who she was: a talented artist and a loyal friend. Shay was defined by two things: her bond with her twin sister, Sasha, and her love of music. And Logan has always turned to writing love songs when his real love life was a little less than perfect. But when tragedy strikes each of them, somehow music is no longer enough. Now Logan is a guy who can’t stop watching vlogs of his dead ex-boyfriend. Shay is a music blogger who’s struggling to keep it together. And Autumn sends messages that she knows can never be answered.

Despite the odds, one band’s music will reunite them and prove that after grief, beauty thrives in the people left behind.

This month sees the release of  The Sparsholt Affair (Knopf), a new novel from acclaimed novelist Alan Hollinghurst:

In 1940, David Sparsholt arrives at Oxford, his sights set on joining the Royal Air Force. Handsome, athletic, charismatic, he is unaware of his powerful effect on others—especially on Evert Dax, the lonely and romantic son of a celebrated novelist who is destined to become a writer himself. With the world at war, and the Blitz raging in London, Oxford exists at a strange remove: a place of quiet study, but also of secret liaisons under the cover of blackouts. A friendship develops between David and Evert that will influence their lives for decades to come.

Hollinghurst’s astonishing new novel evokes across three generations the intimate relationships of a group of friends brought together by art, literature and love.  We witness shifts in taste and morality through a series of vividly rendered episodes: a Sparsholt holiday in Cornwall; eccentric gatherings at the Dax family home; the adventures of David’s son Johnny, a painter in 1970s London. With tenderness, wit and keen insight, The Sparsholt Affair explores the social and sexual revolutions of the past century, even as it takes us straight to the heart of our current age.