If My Island Were Flores

If My Island Were Flores 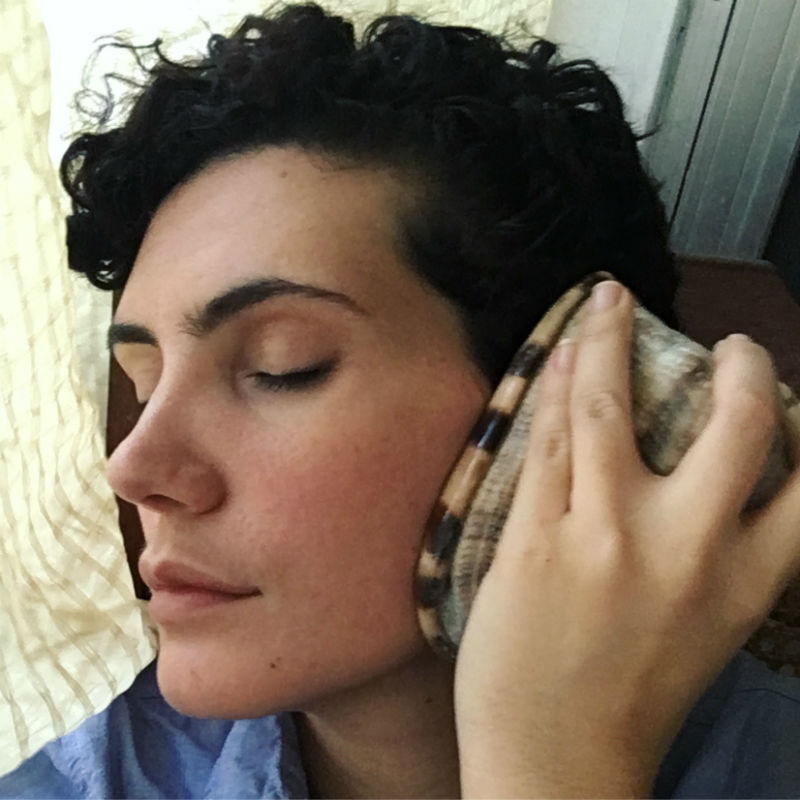 As a part of the Poetry Coalition’s new initiative Where My Dreaming and My Loving Live: Poetry & the Body, Lambda Literary invited poets to respond to the theme with a short essay.

“This island becomes us.”

How different my body would be if my island were Flores. It might branch out and in, shoots and shoots of flores de calabaza, yellow and huddled up until the end, tight then exploding. If my island weren’t a place where cane and coffee grew abundantly or where pineapples and plantains could be mass-produced; if it were a place where flower was to body, what body is to world: singular when grouped, singular when alone, oh, how my body might not sheathe or shake! It might be like the Little Prince’s rose:

But my island is only beautiful enough to be bought and sold en masse; a bitcoin emporium for crypto capitalists, a paradise on earth for the highest bidder. And this island becomes us, becomes as in I can’t distinguish self from sea or I change when far away, but also becomes as in that becomes you, as in it fits just right.

At least a few times a week, someone asks me about Puerto Rico. Not Flores, but Rich Port, that place where beauty produces wealth. They say they’ve heard it is beautiful. I always answer the same way: Yes, my island is beautiful. My island as in my body, the thing that is not me, but mine. My body belies the net beneath my words, the balance I hold in order not to fall. My eyes drop, I hold back tears. Some might call this dissociation or dysphoria: to feel as if my island is not my island; as if the words I speak when I say, my island is beautiful to a stranger, mean something different when said than when heard.

To be beautiful in Puerto Rico, is to have social capital. If you are a woman or get misgendered into ‘woman,’ the most important thing is to be beautiful. You can save children from a burning building, discover a planet, or excel within a capitalist structure, but if you are not beautiful, it will be noted. Miss Universo is a national treasure. We celebrate when women are beautiful, we congratulate them on being so accomplished. When I was younger and femmer, there wasn’t a day when I wasn’t reminded I was beautiful. And it makes sense, after all, if the world sees value only in your beauty, you align yourself with that belief. It’s called survival. It’s called colonialism.

Puerto Rico is beautiful. Puerto Rico has been called beautiful by those who do not ask its consent. Puerto Rico’s beauty has been cited as the reason why so many strangers appear on its beaches, eager to privatize, steal, and destroy. Puerto Rico is beautiful and that word has often made me cringe, but I have fought to define beauty outside how others define us, inside how we define us. I am beautiful because I am from Puerto Rico. I have fought to define this body as I, as beautiful, not as in jeva beautiful, but as in: Have I made you cry with joy? Have we broken the seal on paradise and found ourselves? In the words of el Reverendo Pedro Pietri, in “Puerto Rican Obituary”:

I am not alone in this redefinition project. It is no coincidence that my island is full of poets, musicians, artists, actors, and filmmakers. We perform the double function of advocating for our beauty and resisting its coaptation. We rage and burn out, making beauty, challenging the funhouse mirror reflection of our beauty, beheading supermarket bouquets. When we advocate for representation, we advocate in the realm of beauty, resisting or espousing it, controlling or denying it. Much of Puerto Rican literature has focused on showing how we have been unbeautified by imperialism, on unmasking the brochure lie and the cruiseship guide.

Still, all those years, poems, songs, and plays later, I am asked the same questions: Is it beautiful there? Are the women beautiful? The answers are yes, but the questions are all wrong. I want the type of exchange that will give me new questions, instead of the same answers, that will ask: Are boricuas beautiful because we had to be? Are we beautiful despite what you’ve done? Are we beautiful according to new standards, dead leaf standards, river standards? Does this island become us, or are we changing it by becoming? What if we didn’t have to change our name, just what it meant. What if the new ‘Puerto Rico’ meant ‘Flores’ and what if ‘beauty’ only meant we were finally free?

'When We Become Weavers: Queer Female Poets on the Midwestern Experience' edited by Kate Lynn Hibbar...
'Erebus' by Jane Summer and 'Fanny Says' by Nickole Brown
Spotlight on New Queer Literature: A Conversation with Impossible Archetype