Read This! An Excerpt from Judy Wieder’s ‘Random Events Tend To Cluster’

Read This! An Excerpt from Judy Wieder’s ‘Random Events Tend To Cluster’ 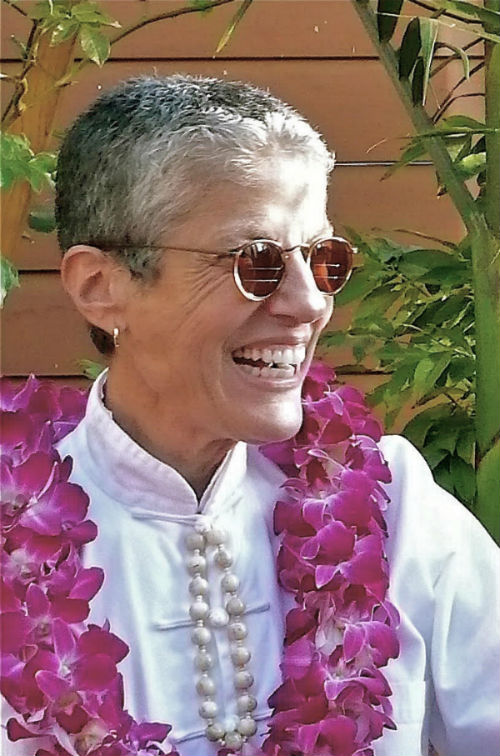 Part memoir, part exploration of extraordinary and parallel lives, Wieder’s story unfolds alongside the tumultuous events of 20th Century America. Full of heart and filled with insight and new information, she takes us from 1960s Greenwich Village to places that include Israel, Vietnam, Three-Mile Island, Manhattan, and Molokai. This is the journey of a woman whose life encompasses journalism, rock and roll, and songwriting as she surfs her own wave of feminism into the Civil Rights, LGBTQ, and Animal Rights movements. They are the random events that have clustered into her remarkable life.

Judy Wieder is an award-winning songwriter, journalist, and editor. She lives in Venice, California and Kailua-Kona, Hawaii with her wife.

Set up: I am in my early 40s, running around America and Europe covering Heavy Metal Rock bands for rock and music magazines. Although the band members are generally very sweet and caretaking of me, it’s the late ‘80s and homophobia and ignorance is rampant. I am in the closet, so observing the constant “Hey, faggot, give me a cigarette!” banter on tour buses is mind numbing. But recent events have turned this ludicrous situation into a crisis for me. My childhood twin friends, Ralph and David, have lost their battle with AIDS, and the tragedy has torn off whatever mask I was hiding behind to do my rock-star journalism. Over-hearing band members brag about passing groupies around without a care in the world because they’re “not queer and AIDS is a fag disease,” I know it’s time to either get off the bus or confront.

With the medical community finally releasing hard information about how AIDS is spread, suddenly plenty of bands want to talk to me. The line of questioning in my interviews of late has gotten around. True, there are those who still insist they’re immune to AIDS because they’re “not fags,” but I pretty much crap all over that until they shut up. And if they don’t, I’m pleased to see other members of their band kick them under the table and say things like, “No, A-hole! It’s not the Russians and their germ warfare trying to get rid of the really decadent people in our society!” 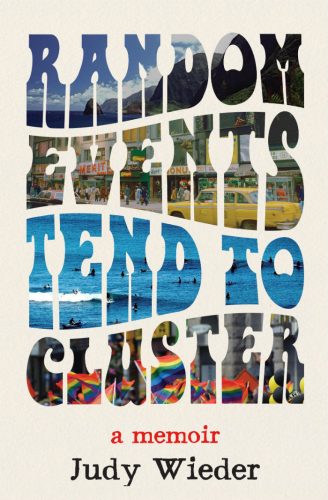 The hair-brained ignorance—of which there is beaucoup—that spews into so many of my interviews, exhausts me. What are parents teaching their male children? True, our current government and its trickle-down stupidity isn’t helping, but still it’s depressing to hear the gifted musicians you admire belch out this remorseless bigotry. The heavy rock community is made up of young men who come from everywhere in the world. A band can have a number one hit in America and not speak a word of English. But whether they hail from the smallest town in Holland or the largest city in Kansas, by and large, their ideas of manhood are asinine. And now they’re totally spooked about AIDS. The once confident battle cry, “Sex, Drugs, & Rock ’n Roll!”—yes, that’s it, the entire post-bebop creed in six words—is crashing down all around them…

“Personally, I feel AIDS is a judgment of God’s,” the lead singer of a Christian Metal band proselytizes, not expecting anything but cheers from this interviewer. “The majority of AIDS is passed on from homosexuals; and homosexuality is a sin. That’s what the Bible says,” he concludes, with a confident nod at me. I take a long breath:

“Here’s the thing,” I say, pissed but smiling, “if God is punishing homosexuals, then why are homosexual women the very lowest statistic in this disease—even below heterosexuals?”

He literally gasps. “Really? Oh…Look, I don’t have all the answers…” [You think?]

Minna, mother of Ralph and David, and a close family friend, is sitting up in her bed, not particularly unhappy, maybe even a little relieved. Months earlier—and less than five years after David followed Ralph out the hereafter door—her doctor found cancer in one of her breasts. Although she allowed them to remove the tumor, she refused to fight the disease.

“I’m done,” she said without any signs of regret or sorrow when she called and told me. “Judy, this is all right with me. Once the boys left, I had no reason to stay. What for? Every day I look in the newspaper to see if there’s been a breakthrough in fighting AIDS. And it’s terrible to say, but I’m ambivalent. I’m afraid to read there’s still nothing hopeful. And I’m afraid to read there’s a cure. Honestly, Judy, I don’t think I could stand it. And that’s just selfish! So, really? The cancer is fine.”

Of course, I understood her words perfectly; in fact, I had been expecting something like this to happen for some time. But now that it had, I wept at the unbearable reality that AIDS had literally killed her entire family. With her husband, Bob, the twins’ father, in the next room, a recluse with heart disease, no one will be left.

So now, trying not to cry again in Minna’s darkened bedroom on this rainy canyon afternoon, I gaze at her, lying back on her puffy old bed, and remember all the times I came to visit first Ralph, then David, bedridden like Minna, until they could no longer find comfort here.

“I want you to listen to me, Judy,” Minna interrupts my recollections with a half-whisper and a strange smile on her lips. “I have something interesting to tell you, and I think that you, of all people, will enjoy it. This is such a sweet story: Years ago, when the boys were in grad school at Harvard, David called to tell us that Pan American World Airways was selling tickets to a future trip the airline would make to the moon.”

I feel my face begin to tear apart the way it sometimes does when I’m about to deliver my full-throated, “WHAT?”

“No, no, listen, I mean it; this is true, and I don’t have much strength,” she continues. “Pan Am really did sell tickets to one or two moon flights. It’s true.”

“O-o-o-kay,” I say, remembering the cancer is now in her brain.

“Well, I always thought it was so sweet and just like my twins that David bought four tickets. See, they wanted to be sure Bob and I could go too.”

Oh, my God. Of course, they bought tickets for their parents too. And now, even though they’re not going to the moon, they—Bob with his weak heart, and Minna with her cancer that she won’t fight—are all leaving anyway. I try my best to laugh in support of her strange happiness, but all I can manage is weeping again.

“No, don’t cry, Judy,” she says, reaching a hand out to me. “You see, I want you to have the tickets. And I know the boys would too.” With that, Minna pushes a white envelope with the Pan American World Airways logo towards me.

“Wonderful!” she says, with breathy relief. “Then it’s all taken care of.”

I put the tickets to the moon in my purse; hug this faithful mother one last time, and say goodbye. Forty-eight hours later, when Minna dies, I walk outside my new Venice home, and look up at the night sky quite sure they’ve all made it past the moon by now.