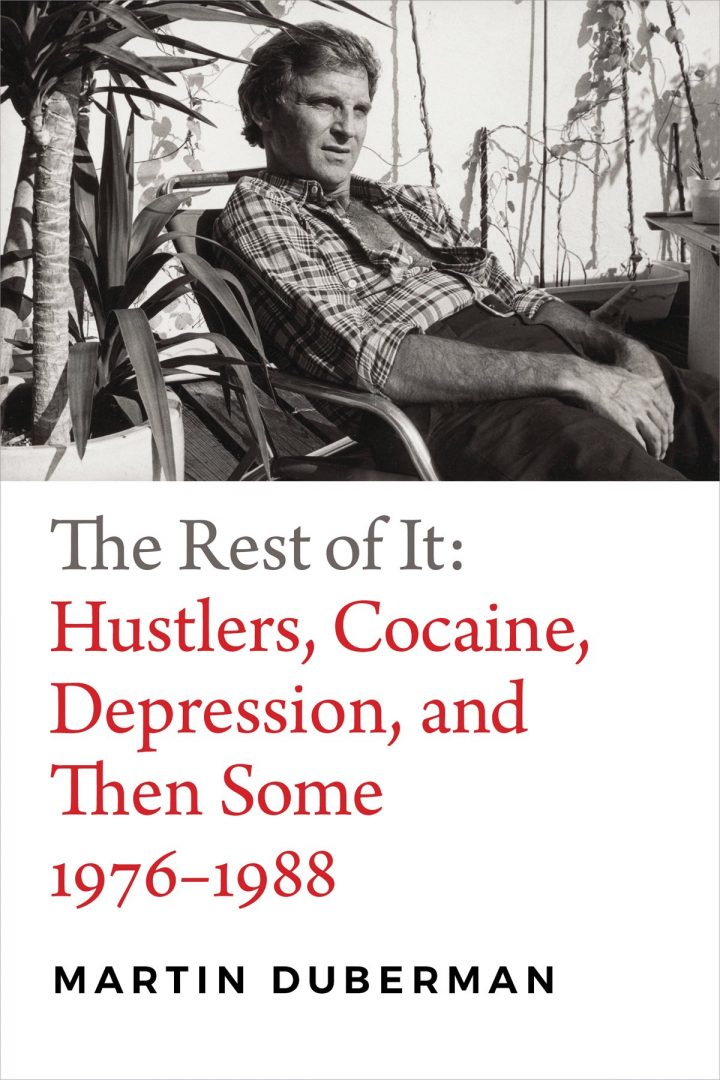 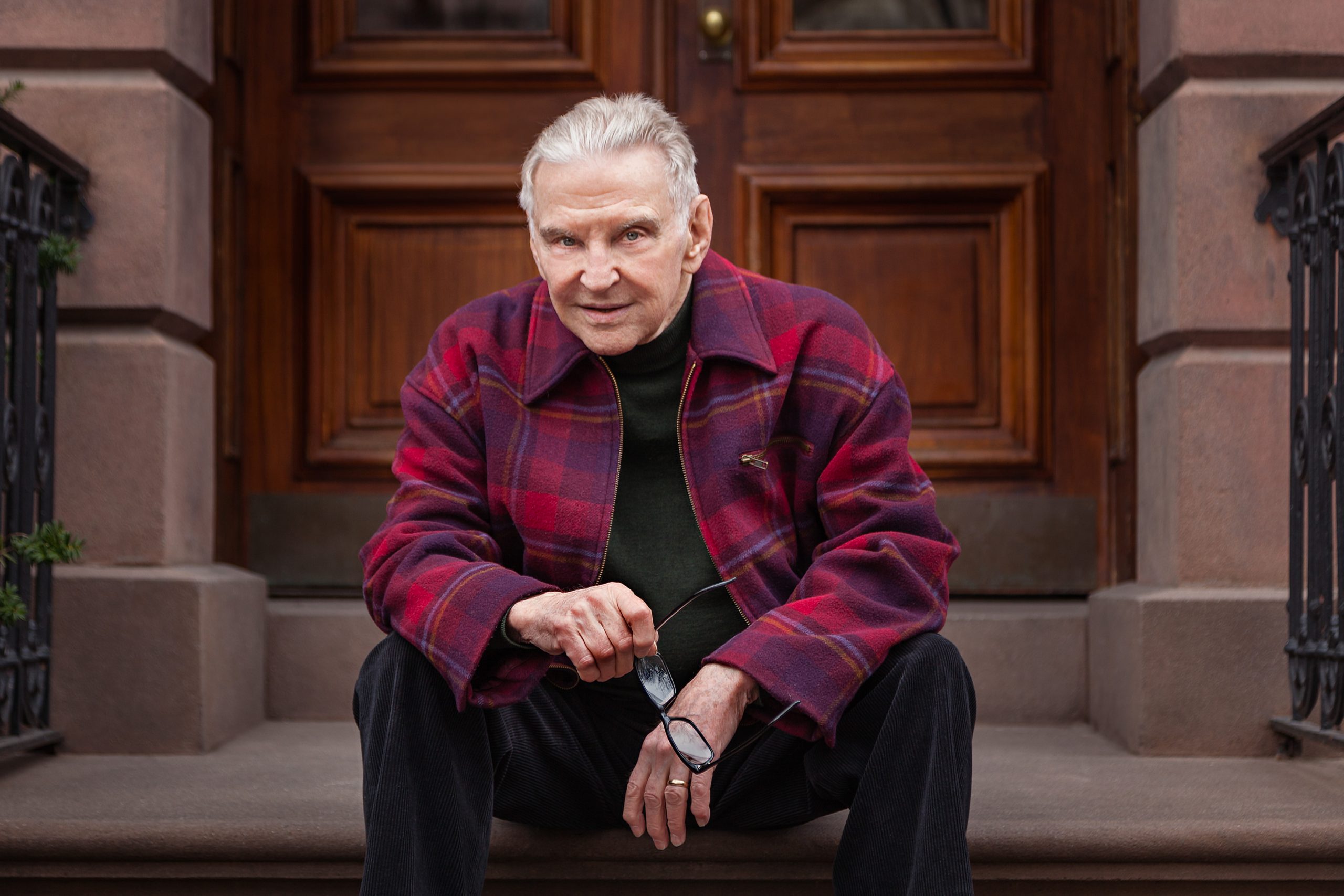 In his new memoir, The Rest of It: Hustlers, Cocaine, Depression, and Then Some, 1976-1988, Martin Duberman meditates on an era that, perhaps more than any other, proved pivotal for queer life, political, cultural, and otherwise. “Although most gay people did share the prescribed values and aspirations of mainstream culture,” Duberman writes, “a radical minority… firmly rejected the liberal view that our national institutions were basically sound and that a little tinkering here and there around the edges would make them better still.” As homosexuals serve openly in the military and get married from coast to coast, as the divide between mainstream gay and radical queer becomes a wider gulf, as activists and academics and business fags continue to enrage each other, reading Duberman’s reflection on the period that made this all possible seems one of the most personally and politically important readings one could take on.

Duberman is perhaps best known as a historical biographer. In his lustrous lifetime in letters, he has published quintessential biographies on fireside poet James Russell Lowell (1966), politician Charles Francis Adams (1968), arts patron Lincoln Kirstein (2008), and social activist Howard Zinn (2012). The crowning jewel of his biographical work, however, is the 1989 biography of actor-turned-radical-Black-Marxist Paul Robeson. In a New York Times review of the Robeson biography, critic John Patrick Diggins writes of Duberman’s sage ability, “his astute knowledge of dramaturgy and music, his feeling for character and its complexities and, not least, his understanding that love may express itself, as it did in Robeson’s romantic adventures, in defiance of conventional monogamy, [which] makes Mr. Duberman the ideal biographer of a man who was both prince and pariah.” Much of The Rest of It is devoted to Duberman’s writing of the Robeson biography, which seemed to change his life, and by proxy, the future of queer studies as an intersectional endeavor itself.

Such an endeavor, Duberman illustrates, is not always a harmonious balance. Of taking on the monumental Robeson biography during the 1980s, he explains how “the demands of scholarship (and of my hermit instincts) have always compromised my counter impulse to engage more consistently in direct political activism.” In the words of RuPaul, can I get an amen (from all my fellow queer scholars / writers / progressives)? Such a split self is exhausting, and exhaustion is central to Duberman’s memoir. His historian identity shines throughout The Rest of It, an exhaustive encyclopedic documentation of his own life — its loves and losses, from his mother to his lovers and friends — and of the gay movement itself, both in the streets and in the academy between 1976 and 1988.

The love child of Eve Sedgwick and Oscar Wilde, Duberman does not dumb down the complex era or issues of which he writes; rather, he asks us, his readers, to rise to the occasion. Moving swiftly from the analytical to the confessional mode, The Rest of It is comfortable in its innate inbetweenness, its queerness of form and tone. And thankfully, at a time of such cultural and personal darkness, this is a book also full of queer optimism. “It isn’t all pain and lamentation,” Duberman writes in the book’s preface, ultimately concluding, “at the end of the eighties I’d very much learned to count my many blessings, though, as I wrote one day in my diary, ‘I loathe the ungrateful bastard in me who manages so continually to lose sight of them.’” What a lesson we lucky academics might benefit from learning: that even in a world of political turmoil, we have jobs that allow us time to read and write and ponder. To teach the next generations of readers, writers, and thinkers.

Here Duberman humbly explores a life central to queer studies and activism in the United States. In fact, he may be one of the most important queers readers know little about. He almost always writes about others: in the many biographies, yes, but also his award-winning plays (most notably “In White America,” a 1964 play revived many times over, documenting the quest of racial equality from the nation’s founding to Little Rock Central High School in 1957, a play all-too-relevant today); novels (such as the recent Jews Queers Germans, a breathtaking chronicle of Germany’s homosexual elites between the late 19th century and the start of World War II); and edited collections (particularly the 1989 landmark collection Hidden from History: Reclaiming the Gay and Lesbian Past, an anthology collecting together writers who would become luminaries in the then nascent world of gay and lesbian studies, such as John D’Emilio, Esther Newton, and David Halperin). Just after the decade chronicled in The Rest of It, Duberman founded CUNY’s Center for Lesbian and Gay Studies (CLAGS) in 1991, “the first university-based research center in the United States dedicated to the study of historical, cultural, and political issues of vital concern to lesbian, gay, bisexual, transgender, and queer individuals and communities.” His contribution to the activism of gay revolution in the academy is paramount; in fact, we may not have queer studies at all without him, a history all-too-often and sadly erased.

But here, Duberman turns that historicist’s eye upon himself, and to much success, for both chronicling his own life and changing the way many of us think, research, and write. “Although I was reinhabiting my historian’s role, I was doing it in a new way,” he looks back, “helping to foster a field of inquiry — gender and sexuality studies — of more than academic interest… [providing] the gay and feminist movements with fresh data for challenging old assumptions and stereotypes.” We queers are better off, better informed and better empowered, for Duberman’s astute, engaged lifetime of work. We are also better off for reading The Rest of It: Hustlers, Cocaine, Depression, and Then Some, 1976-1988, for understanding the beautifully written history of one man, yes, but in effect, a part of the history of us all.

'Coming Out Can Be Murder' by Renee James
'What Weaponry' by Elizabeth J. Colen
'Crudo' by Olivia Laing