Read This! An Excerpt From ‘Meanwhile, Elsewhere: Science Fiction and Fantasy from Transgender Writers’

Read This! An Excerpt From ‘Meanwhile, Elsewhere: Science Fiction and Fantasy from Transgender Writers’ 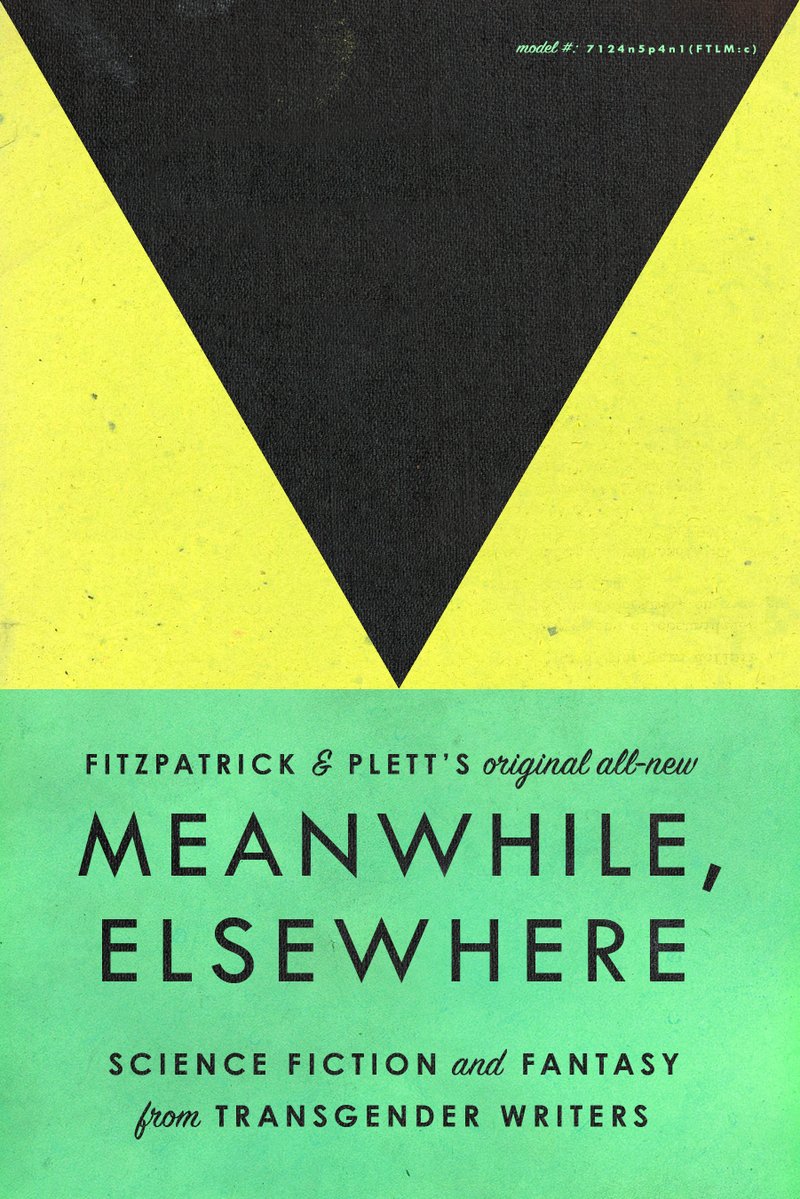 Last year, Topside Press released Meanwhile, Elsewhere: Science Fiction and Fantasy from Transgender Writers. Edited by Cat Fitzpatrick and Casey Plett, the anthology is a collection of short speculative fiction by twenty-five transgender writers from across North America and Europe. This month, the book was awarded the prestigious Barbara Gittings Literature Award, sponsored by the American Library Association’s Gay, Lesbian, Bisexual, and Transgender Round Table.

In the following excerpt from the story “Satan, Are You There? It’s Me, Laura”, by author the Aisling Fae, a trip into Satanism goes comically astray.

It was Friday night and Laura was summoning the devil. Because she was manic tonight and she thought, why not? Laura wasn’t very given to the occult arts, but she had googled around and found really all it took was to draw a circle and a pentagram, and say an incantation.

However, because she was in this manic mood she went several extra miles. She drew a goat’s head inside the pentagram. She turned the circle into a trans symbol. Around it she wrote: “In Nomine Diabulus et Belial Satan Lucifer Astaroth et Yahve” (which sounded like a badass incantation but was really just song lyrics).

Laura liked to draw, sometimes she thought she should drop out and pursue it full time, but she didn’t feel like being a trans girl starving artist    would be a good life path for her. Instead she carried on going to engineering school, working her shitty part time job at the library, and occasionally skyping her girlfriend who was doing a semester abroad. She was quickly getting bored of the mundanity. Therefore, Satan.

Once she’d finished drawing the circle, she started on the incantation. Slowly, in a loud, thundering voice, she said the words she’d written around  the circle. She spoke in Latin, and ominously, because she had always believed Latin should only be spoken ominously.

And then, nothing happened.

Of course nothing happened. Laura felt silly—she felt really silly. It wasn’t like she was actually expecting anything to happen, she told herself. Defeated, she got into bed—and of course, she couldn’t sleep. She lay awake on her bed, staring at her ceiling. She probably should have spent all her extra energy finishing her homework, she’d just have to rush it before class. She turned around to look at the clock on her bedside table.

She factored the time into prime factors until she finally fell asleep.

And then, something did happen.

A strong draft of hot air suddenly hit her body. She sat up—the wall with the mural was smoking, absolutely smoking. Out of the smoke a figure emerged, a big man, seven or eight feet tall. Skin red as blood, hair black as the void, furry cloven hooves. He looked around first, muttering to himself, then noticed Laura, staring at him, mouth agape. In a loud booming voice, he said: “You! You dare to summon the deceiver, the lord of flies? You call upon Lucifer, the Morningstar?

“What do we have here? A little girl summons Satan. For what? Perhaps she has a wish she thinks I could grant. Is that the case?”

“Uh. Uh. Uh. Wait, yes, kind of.” Laura needed a few more seconds to process what was going on, but after that, she got it. “I mean. I kind of just—wanted to meet you.”

“Meet me?” The demon seemed taken aback for a moment. Then he regained himself. “Is this some sort of joke? You called on Satan to meet Satan? Oh little girl, you’re going to meet him all right!”

“What? No, I’m not going to shake your hand! How dare you? You sinful sinner, I should condemn you to hellfire for all eternity for wasting my time!”

Laura took this in her stride. Then she had a thought. “Since when do you condemn people to hellfire?”

“Isn’t that more God’s thing? Like he sends them down, you burn them up. Satan would WANT me to sin.”

Laura scratched her face. “Wait. WAIT.” And then it dawned on her. “God, is that you? Holy shit are you trying to punk me or something?”

“Why,” he said. “What could possibly lead you to say that? God? God wouldn’t bother with, I mean he…”

“No! I am myself! Satan! The most beautiful Ang- “

The satanic figure shrunk down a bit, both literally and figurativey. The swirling smoke and fire began to clear. Furry cloven feet became sharply pressed pant legs ending in shiny black shoes. The red bare chest,transformed into the white fabric of a three-piece suit. The goatee grew into a full, but neatly trimmed, white beard. Where previously an imposing demon had stood, now stood a man. He looked Middle Eastern and, despite herself, Laura found him very attractive.

“I’m usually not into guys, but dayumm.”

“Thank you!” God said, in a voice that was much higher than you’d expect. “You like the suit? It’s an original Armani design. I used to wear Dolce and Gabanna, but I’m boycotting.”

Laura sat on her bed in quiet contemplation.

“It doesn’t feel like a dream,” she said. “I’ve had lucid dreams before, but not like this.”

“That’s ‘cause it’s not a dream, toots,” God reassured her.

To read the rest of the story, purchase the book here.