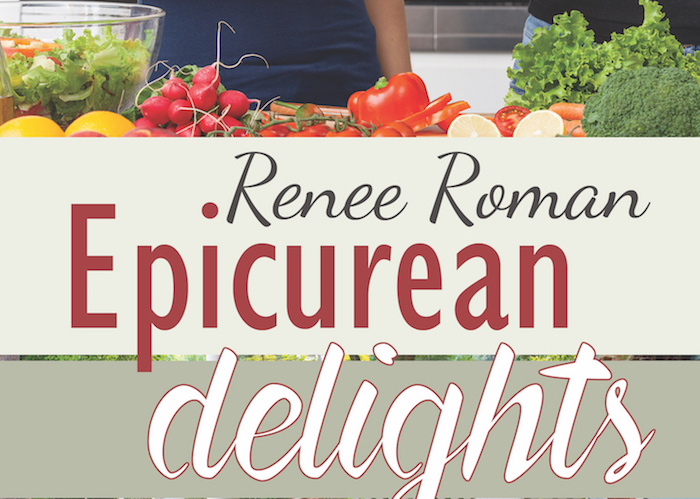 Thirty-six-year-old Hudson Frost moved in with roommates to escape a failed relationship, but it’s time to get a place of her own. She’s dedicated to the kids at the Y, where she is a swimming instructor, and to her dojo, where the challenging Master Jin tests Hudson to her limits. For her day job, she’s an independent financial auditor. These activities give her no time for romance, and that’s the way she likes it.

Ever since Ariana Marks graduated from the Culinary Institute of America, she’s dreamed of starting her own catering business. Ari has a lot to overcome to do so, not the least of which is a past growing up with a father who constantly insisted she was worthless and incapable of accomplishing anything. If it wasn’t for her best friend, Kara, who offers her love and support, she probably wouldn’t even be willing to entertain her goal. When she’s refused a loan to start her business, another friend suggests she buy a house to give her collateral to reach her goal. In the midst of her own busy work schedule, Ari plunges ahead and buys a house, but must find a roommate in order to afford it.

Ari and Hudson have a few chance meetings and are intrigued by one another in spite of themselves. Even though Ari has no time for commitment and Hudson only feels like she should run away from her attraction to Ari, these two can’t help but look for chances to spend time together. As Epicurean Delights progresses, it becomes evident that Ari can’t relegate Hudson to her typical one-night stands and Hudson can’t keep running away from Ari every time she gets scared. Otherwise, this relationship is doomed.

These two characters are complicated, evoking interest by the entanglements of their past and possibilities of a future together, with the underlying story compelling. There are some technical issues in the writing, for instance; there are scenes that serve no real purpose and, although interesting, don’t move the story forward. In a few places, transitions are not smooth and throw us out of the story to try to figure out what’s going on, and the use of clichés gets a little tiresome. Information about each woman’s past gets repetitive and slows the story and there is a bit of head-hopping, bouncing from one character’s point of view to the other in the same scene. At times, narrative is a bit too long, telling us, rather than showing what’s going on in the story.

Still, the story is captivating, with delightful humor and well-placed banter taking place between the two characters. Roman’s strong points are dialogue and writing sex scenes, which are sensual and portray the real feelings the characters have for one another (although the word “knot” for sexual anatomy was a bit overused). The underlying tale of the struggles Ari and Hudson face to try to put their pasts behind them and forge a meaningful relationship with one another is a good one. Hudson’s relationship with her two moms is well-written and refreshing, giving us more insight into Hudson’s character.

Technical issues aside, the main characters are lovable and easily become friends we’d like to see succeed in life and in love. The dialogue is strong, giving substance to each woman’s personality and their part in the story. Supporting characters are endearing, especially in Hudson’s family, and the story has a gentle flow to it—with a final twist to help propel it to its conclusion. Although the writing is a little uneven, the issues can be overcome as this first-time author matures and hones her craft. It’s a good first effort given to us in a vehicle with heart at its core.

'A Saving Remnant: The Radical Lives of Barbara Deming and David McReynolds' by Martin Duberman
'Lay Your Sleeping Head' by Michael Nava
'Being Emily' by Rachel Gold