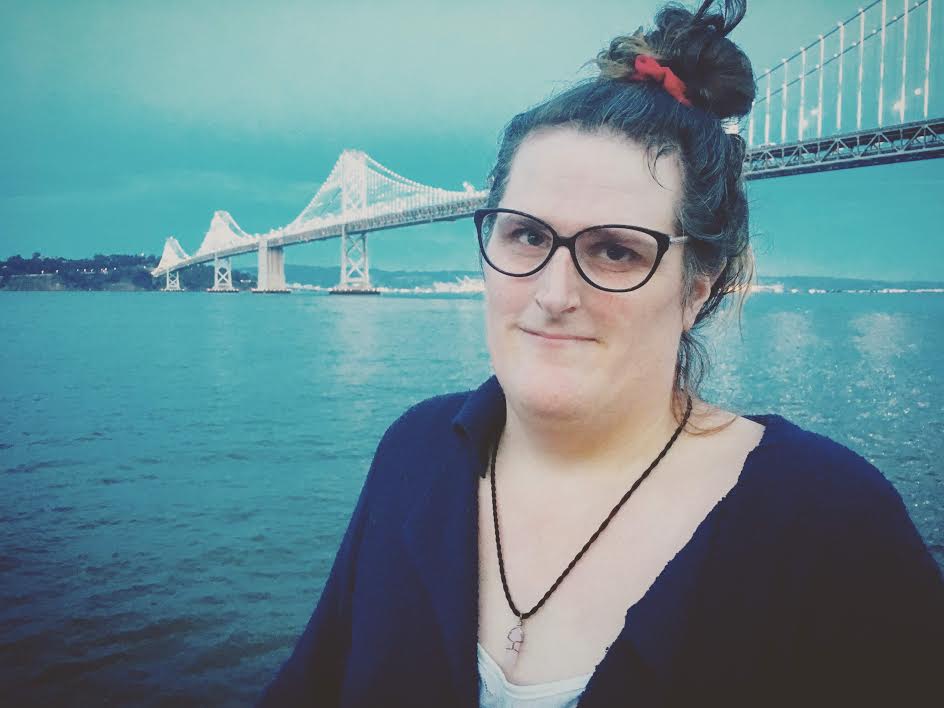 Amy Heart is a queer storyteller committed to lifting the voices of transgender girls and women everywhere. From 2002 to 2013, Amy worked exclusively in non-profit community television as both an educator and community organizer. Since then, she has focused her energy on unlearning white supremacy, studying disability justice, and building stronger relationships with creative trans women. When Amy is not writing or working as the publisher of Heartspark Press, she’s likely spending time with her family (found and bound by blood). She currently resides in her chosen hometown of Olympia, Washington.

Amy, you’ve dedicated your career to elevating the voices of transgender women and non-binary people who are assigned male at birth. Your most recent effort: The Resilience Anthology, a collection of short stories, essays, and poems from more than thirty writers exploring “the myriad of ways we’re fighting to stay alive.” Tell us more about Heartspark Press. What is your central mission?

Heartspark Press is a collective dedicated to publishing the unheard voices of transgender girls, transgender women, and AMAB [Assigned Male at Birth] non-binary people. We believe that it’s critical to our community’s survival to center on stories made for and by people like us. Historically, it’s been impossible to find published AMAB trans writers who are not white, middle-class academics, mostly due to racism and systematic transmisogyny. Heartspark was formed as a direct response to that exclusion; we control every aspect of the press in hopes of creating a world where our voices matter and where the next generation of trans kids will find themselves worthy of love and belonging despite everything telling them otherwise.

How and why did Resilience come about?  Was it inspired by your personal life as a queer trans woman?

Resilience was initially inspired by my experience at the 2016 Trans Women Writers’ Workshop organized by Topside Press. My friends and I were infuriated by the sheer number of amazing writers in attendance who were being ignored by most publishers—almost entirely because they were trans. While being excluded is a universal experience among trans women, witnessing its aftermath firsthand was the final straw. We decided right then and there that we were going to make a collection of our own, for and by us, that would be filled with literature written by emerging AMAB trans writers across race, (dis)ability, class, and life experience. After 45 was elected, we embraced the theme of resilience as a means of resistance: what it means to survive, to unapologetically thrive against all odds, in a violent, transmisogynistic world that doesn’t want you to be here.

But digging deeper, there was something even more personal at stake for me. Before attending The Workshop, I had spent the past eleven months helping taking care of my then seven-year-old niece with her amazing mamas. I witnessed this child barely survive a surreal amount of emotional violence at the hands of people outside of our household who did not believe she had the right to be a girl. Seeing somebody I loved more than anything repeatedly getting hurt by others in such an unrelenting way, and only because of her gender identity—well, let’s just say it activated every guardian gem power in my body. I vowed to always protect her and leave behind a legacy of work that will guide her home, wherever that may be. It is my dream that when Kiddo finds Resilience as a fifteen-year-old, she’ll know deep down that she has the right to love and be loved for whomever she becomes, just like anybody else on this planet. I guess that’s what every auntie wants for the kids in their life. It’s why I do everything: for my niece, for my niblings, for all gender nonconforming kids who need somebody fighting for their right to be free.

Tell us more about the backstory on the thirty-two authors who contributed their talents to Resilience.

Initially, Resilience only featured writers that my co-editor Larissa Glasser and I had met at The Workshop. We were a new press with an unfamiliar voice, and the folks that we approached weren’t sure we were serious about taking their stories to print. Eventually, co-editor Sugi Pyrrophyta joined our crew and together we expanded it into the behemoth of a book that it became.

All in all, Resilience took us about eleven months to put together. What we managed to come up with is a fantastic work of art that I am incredibly proud of. While there are several legendary writers in our book (like Julia Serano, Casey Plett, and Tobi Hill-Meyer), most were previously unpublished, many are disabled and/or living in poverty, and one-third of our writers are trans women of color (I’d like that number to have been higher). But moreover, everyone involved was and is currently writing truths that are almost always silenced by the world at large. I still can’t believe so many of these brilliant minds trusted us with their work. I hope everyone gets to read it and discover the magic within Resilience for themselves.

Your Kickstarter campaign for Resilience initially requested and earned over $6,000 in six days. You then doubled your request and received over $11,000. What do you attribute that success to?

Right now, queer people across the board are craving literature written by and for transgender women and AMAB non-binary people. There has been a notable silencing of our voices for some time, and I’d like to believe that our friends want to be a part of changing that for the better. When somebody you love is transgender and you want to see them thrive, you’ll do what it takes to make the world a better place for them. Supporting Resilience was, and is, an easy way to resist compliance with cis-heteropatriarchy, and I am grateful for everyone who believed in us enough to make it happen.

Trans women are immersed everywhere in our society. We are sisters, mothers, lovers, partners, co-workers, artists, and innovators in technology, creativity, and life. Our work is so important, but we are constantly dismissed by the world for even existing. Why do you feel society continuously attempts to deny us a seat at the table, including within the LGBT community? 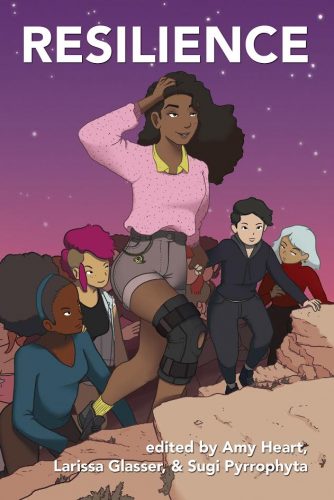 In many ways, I think the existence of transgender women is a threat to the status quo. We are glitches in the Matrix and the red pill, all in one magical, unicorn package—living proof that everything we think we know about gender in Western society is based on a series of lies that have been handed down from generation to generation as absolute truth. And when people are confronted with the reality that the only truth they’ve ever know is upholding violence, that they’ve been tricked into reinforcing systems of oppression that are actively harming people they love, it never goes well. It takes decades, if not centuries, to undo that kind of learned behavior.

That’s not to say that trans women don’t enable systems of oppression. We sometimes do. It’s just that… our lives and our voices are constantly going to be silenced because of what we represent, at least until folks take a much closer look at their complicity. Until then, we’ll keep screaming and fighting for our place at the table, just like our trans grandmothers before us. This is still only the beginning of our fight towards liberation, for everyone

You’ve been very open about your work with Heartspark Press being inspired by your niece. Can you tell us a little more about the children’s book you wrote for her?

The Girl from the Stars started off as a simple bedtime story, an experiment in soothing her fears as she drifted off to sleep. Night after night, she insisted on hearing the tale of Hailey the Star Princess, the girl who returned to the stars and became everything that she always was on the inside. It was the cornerstone of our relationship throughout her transition, and every reading became a rock for both of us during the impossible times. That was when I learned how important and necessary the stories we tell each other are to our survival, especially to those you have sworn to protect and love.

What we can expect from Heartspark Press in the near future? What are you working on these days?

We’re currently accepting submissions for our first children’s collection. Like Resilience, it will be the first anthology of its kind to feature stories for transgender girls and non-binary kids, all written by AMAB trans authors. My co-editor Abbey and I are excited about the response we’ve had from our open call, and we expect to be in print by Summer 2018. This February, editor Sugi Pyrrophyta will be ramping up on Hate Mail, our bi-annual literary journal of new AMAB trans writing. You can learn more at www.heartsparkpress.com