Blacklight: ‘All About Agatha’ Podcasters Read and Rate All of Christie’s Novels

Blacklight: ‘All About Agatha’ Podcasters Read and Rate All of Christie’s Novels 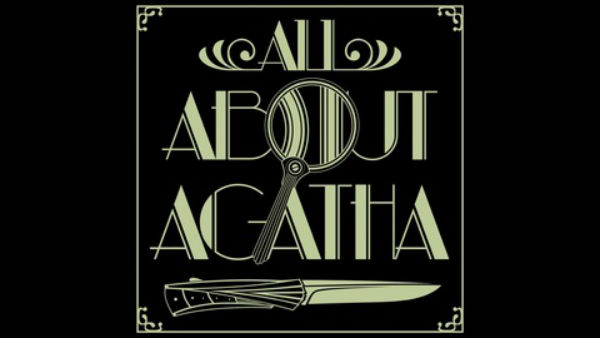 The first Christie novel I read was the last of her Marple books, Sleeping Murder. I was twelve and truly astonished. Soon after, I saw the 1978 version of Death on the Nile with a star-studded cast, including Bette Davis, Angela Lansbury, and Mia Farrow. I taped it and watched it repeatedly. I chair a 7th-12th grade English department, and for many years, And Then There Were None was a part of our middle school curriculum—and a favorite with students. It’s now been set aside for more diverse and inclusive curricula, but after talking to my colleagues and friends, particularly those who are gay men, it’s clear that the grandam of Golden Age mystery fiction played a formative role in our development as readers. Recently she’s been having another moment, heralded by Kenneth Branagh’s new film adaptation of Murder on the Orient Express, which performed well enough at the box office for another film, Death on the Nile, due in 2019.

So, when I happened on author Kemper Donavan’s (The Decent Proposal, HarperCollins, 2016) and Catherine Brobeck’s podcast, All About Agatha, I immediately joined the hosts’ smart, humorous, and frank journey through all of Christie’s sixty-six mystery novels (they’ve covered nearly twenty), as well as many of her short stories. In each episode, Donavan and Brobeck guide us through one of the Queen of Crime’s published works. They begin with publication history, then work through the details of the plot, first presenting “the world as it appears,” before drawing back the curtain and describing the mechanics of the puzzle, “the world as it is.” At the end of each podcast, they rate the book based on plot mechanics, characterization of series characters, characterization of novel-specific characters, and setting and tone. They also deduct points for how “stuck in time” the novel is, which accounts for any racist, sexist, homophobic, and xenophobic elements lurking in Christie’s prose, a must when trying to assess the value of her writing for a contemporary audience.

An issue that often arises with podcasters, especially podcasts that are conversational, is a tendency to stray too far on tangents or get too self-involved. All About Agatha’s structured and thorough analysis keeps the commentary on task. That’s not to say, however, that Donavan and Brobeck don’t have fun. In fact, it’s how they position themselves in relation to the novels that makes the podcast so engaging. They’re super fans—like me, they found Christie when they were young—and 21st century intellectuals who are sensitive to the novels’ inadequacies. They’re at once celebrating her and evaluating her, not letting her off the hook for a flat, xenophobic characterization or a mistake in logic or bad writing. They also discuss critical commentary from Edmund Wilson’s 1944 take down of the puzzle mystery in his New Yorker piece, “Why Do People Read Detective Stories?” to Joan Acocella’s more evenhanded 2010 article, “Queen of Crime,” also in the New Yorker.

They make a point of discussing the gendered dismissals of Christie’s work, such as Wilson’s, and the large number of Golden Age crime writers who were women as well as their sizable female audience. Brobeck points out that women during the 30s, 40s, and 50s gravitated to novels like these because they found a degree of agency in attempting to solve mysteries that they didn’t often find in their lives. In the patriarchal culture of the time period, women found solace in Christie’s books. I wonder if young people, particularly young gay men, seek a similar agency that draws them to Christie’s work. It’s not surprising, then, that Donavan and Brobeck also discuss queer theory in relation to these novels, noting J. C. Bernthal’s excellent critical text, Queering Agatha Christie.

If you’re a Christie fan or a fan of the puzzle mystery, All About Agatha doesn’t disappoint and the hosts are charming. If like me, you’re not only just a crime fiction reader, but also a crime writer, their deconstructions lay bare the plot mechanics of Christie’s most brilliant novels, each episode feels like a craft lesson. To get started, listen to the first two episodes about Christie’s first novel, The Mysterious Affair at Styles. I also suggest the episodes about Peril at End House (a surprise favorite of the hosts) and The Mystery of the Blue Train (a fun takedown of a novel even Christie didn’t like) and Cards on the Table (during which they touch on queer theory).

Find All About Agatha on iTunes or Stitcher

'Turning on the Tide’ by Jenna Rae
‘The Impossible Lives of Greta Wells’ by Andrew Sean Greer
Ancient Gay History, a Guide to Gender and Sexuality, and other LGBT News