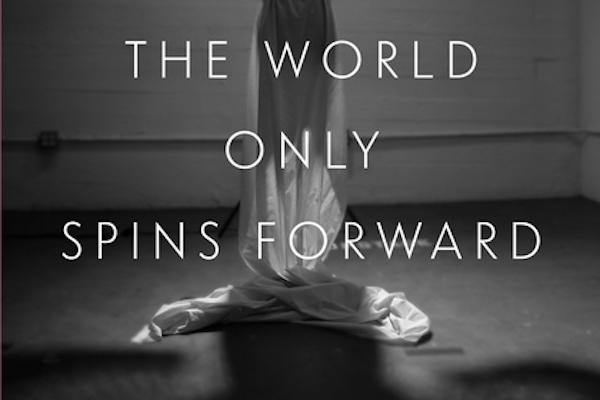 ‘The World Only Spins Forward: The Ascent of Angels in America’ by Isaac Butler and Dan Kois

‘The World Only Spins Forward: The Ascent of Angels in America’ by Isaac Butler and Dan Kois

Isaac Butler and Dan Kois have crafted an extensive oral history of the making of Tony Kushner’s Angels in America that is ingenious by design. Much like a play script itself, the book is structured in a series of “Acts” with chapters more like titled scenes and a cast of characters listed at the end, and documents through diverse interviews–edited in such a way as to create an on-going dialogue–the genesis, history, themes and reception of this queer masterwork. The “cast” for this metanarrative includes Kushner, the actors, directors, producers, and production team, as well as the scholars, historians, critics, and fellow playwrights who helped not only shape the work but also provide context for its continued influence. This ongoing conversation captures all the twists and turns of fate that went into the two-part epic’s creation with a sense of suspense and drama–from the joy and exuberance to the heartache. And just like the play, Butler and Kois allow the rich complexity of the story to unfold through the conversations, discussions, and critiques of those involved. The book shows the sweeping scope of the production, as well as the range of deliberation and interpretation that went into it, with personal accounts that are fascinating to read.

Butler and Kois give the reader access to the entire creative process: from the moment Kushner stumbled upon his title to his voluminous notes, script pages and copious revisions, to the dedicated early directors and actors that supplied his inspiration and helped realize his vision.

It is the 25th anniversary of the 1993 Broadway premier, and the 2017 London production of the show is preparing to move to New York this spring, so the timing couldn’t be more perfect. As Lin-Manuel Miranda, creator of Hamilton and In the Heights, puts it:

Now, twenty-five years later, it’s Tony’s vision of the Right that looks so prescient. When Tony wrote Roy Cohn, he was a larger-than-life, demonic figure. Now his pupil is the president of the United States. My God. Talk about the return of the repressed! Here he is, in all his glory. Trump’s America is Roy Cohn’s America: sharply divided between winners and losers, hatred of the powerless used as a cynical tool to enrich the privileged…

But it is in the emphasis the book places on the play’s transformative stature as a work of queer cultural history–both milestone and touchstone–where it ultimately succeeds. We are brought back to the play’s genesis: its origin in an age of relentless calamity and death with the AIDS crisis, an indifferent president Ronald Reagan, and a religious fanaticism that looked the other way while preaching intolerance and hatred.

The book follows the play from the Eureka Theatre Company in San Francisco in 1991 to the Royal National Theatre, London in 1992, to the Mark Taper Forum in LA the same year, to Broadway from 1993–1994. It is a ringside seat to the Culture Wars of the nineties. We learn of an early overture to Robert Altman to direct a film version of the play and his quirky and odd “courtship” (the Altman film never materialized). We also get a behind-the-scenes account of the events which led to the HBO film of 2003 directed by Mike Nichols, and starring Al Pacino and Meryl Streep. And there is discussion of the 2004 Peter Eötvös opera, which was performed in 2017 by New York City Opera.

Butler and Kois place us on intimate terms with the play’s characters, ideas, and humanity–and their book, a prescient reminder of the need to follow one’s truth in the face of oppression and intolerance, will be an invaluable text for years to come.

'Spheres of Disturbance' by Amy Schutzer
'The Lesbian South' by Jaime Harker
Blacklight: Jeanne Winer’s 'Her Kind of Case' Brings Rich, Character-Based Storytelling to the Legal...