‘The Immortalists’ by Chloe Benjamin

‘The Immortalists’ by Chloe Benjamin 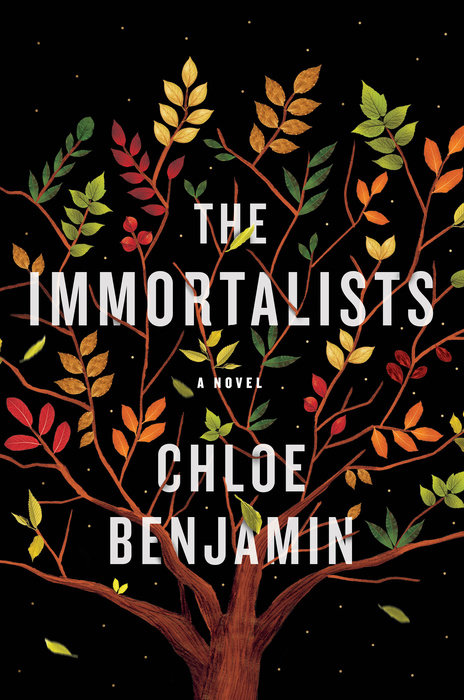 Clear your schedules. The Immortalists, Chloe Benjamin’s much-anticipated second novel, has been called by Entertainment Weekly, “2018’s First Must-Read” for a very good reason. The Immortalists is a page turner, as addictive as it is emotionally searing.

The story tells the tale of four siblings who, living in New York’s Lower East Side in 1969 with their Jewish parents, go to a mystical neighborhood woman who predicts the date each will die. Though they learn the date when they are young (ages seven, nine, eleven, and thirteen), each carries the knowledge with them the rest of their lives. The novel follows each sibling as they navigate life with this information, and we see how it affects them both individually and as a family. Simon, the youngest, dreams of living life freely as a gay man, something he knows is not possible around his parents’ expectations of taking over the family business. Klara, the next-oldest, is an aloof dreamer who wants nothing more than to be a magician but doesn’t feel she belongs in the showy confines of Las Vegas–to her, her magic is much deeper. Daniel and Varya, the oldest, are the most conventionally successful of the siblings, as they pursue careers in medicine and scientific research, while envying the two younger siblings gumption in chasing freely after their dreams.

The Immortalists is a beautiful exploration of a family in crisis and in joy. The novel delves into questions of destiny, mortality and what, in life, really matters–how would you live if you knew when you were going to die? Does the fortune teller’s prophesying their date of death wreck their ability to thrive? Or does she allow them to live?

The strongest (and most queer) character is the youngest brother, Simon, who moves to San Francisco with Klara at age eighteen. In California, Simon begins to live openly as a gay man, sleeping around, dancing at clubs and as a ballerina, and falling in love. I deeply cherished and connected with his character’s youthful freedom–the kind that only comes from being freshly out of the closet–yet I was heartbroken as the novel moved through the late 70s into the early 80s, knowing the sad reality of the epidemic that brought so many gay men during this time period to an untimely death.

There were aspects of the storyline that weren’t as strong, and oftentimes bordered on offensive, like the story’s treatment of Romani, a real, persecuted community with very little positive or accurate representation in popular culture. I also found it curious that two of the four white, Jewish siblings received a privilege–check at the hands of their non-white partners. While this is certainly a reality of many interracial relationships, it felt stilted and uncomfortable happening in succession. That said, Benjamin develops each of her characters–the four Gold siblings, their parents, partners and beyond–deeply and without tropes.

Even with those questions, I found this book captivating, moving and addictive. It makes you think, feel, fall in love, and question how to best live your days left on earth.

'Less' by Andrew Sean Greer
'The Kills' by Richard House
'Life, Leather and the Pursuit of Happiness' by Steve Lenius