‘The Big Book of Bisexual Trials and Errors’ by Elizabeth Beier

‘The Big Book of Bisexual Trials and Errors’ by Elizabeth Beier 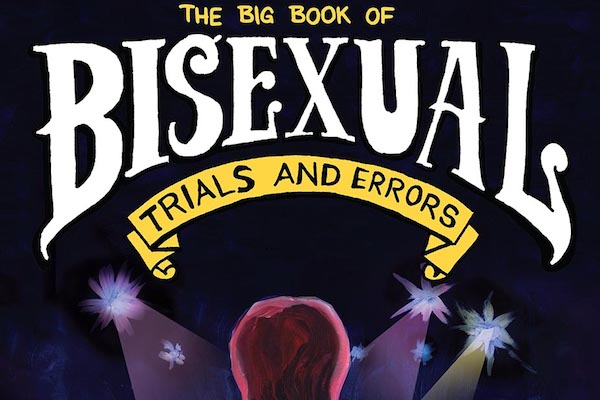 It’s great to see Northwest Press giving more pages to bisexuality, continuing topics covered by their 2013 book Anything That Loves. The title of Beier’s book may feel a bit misleading if you’re expecting a big mix of gendered partners, as the tale she shares is more her slow trajectory moving away from a six-year relationship with a man, towards dating women. But if you’re a fan of TV dating shows like The Bachelor or the old-school Dating Game (where folks go on dates both blind and curated, then dish about what happened), this book is for you.

This volume combines material from Beier’s two self-published issues of Bisexual Trials and Errors, as well as comics from We Belong, her documentation of the Lexington Club (a San Francisco bar she frequented before it closed) and its patrons, with some funny flowcharts about relationships included too.

Beier has an acute eye for people and their stories, and it’s not surprising that she’s a Moth StorySLAM winner. Her black-and-white ink drawings uncover people’s idiosyncrasies, via her sensitive brush strokes. She admits she often would offer to draw people as a way to meet or date them. So when she meets up with someone from an online dating site, we not only get a sketch, but also a description, a character, a story. Early on, one of her first dates is a guy:

“His name was Chris and he was really into Sci-fi. I prefer ‘fantasy’ but I really appreciate nerds in general. He also apparently likes to bake sweets, which piques my interest, obv.”

The date goes well, and she goes home with him, but in the middle of sex, she panics and needs to leave. He turns out to be a good guy, but after this date, they never reconnect.

She goes on a bunch more dates, some which readers know are ill-fated, others that seem promising only to crash when Beier discovers the other person isn’t as invested as she is. She admits she often puts more hopes into the relationship than her date does, coming across as too needy, too early on.

But if you’ve ever gone through the frustration of dating, part of the fun of reading this is that you can readily identify. You feel her hopes and excitement in prepping for a date: “I’ll wear my red sweater and black skirt and lipstick.” But also her anxieties, self-doubts, and nervousness: “I need a haircut before work starts up again. Sometimes I miss having long hair, and being thin. Being ‘pretty.’”

Eventually, she meets someone wonderful, but that happiness is paralleled by her growing maturity. Instead of hating the changes in her body size, she learns to love herself, and to judge herself less. She also realizes how sometimes, drawing in clubs gave her a pad and pencil to hide behind, preventing her from interacting with people.

In an appendix, Beier includes her rich portraits and descriptions of Lexington Club patrons, as well as a few flow charts, covering fun topics like, “How to tell if Someone is ‘Really’ Bisexual,” and “Should you Text your Crush?” On top of that, she gets my Librarian’s Seal of Approval for including several pages of “Resources and Recommendations” which shares books, queer comics, storytelling shows, hotlines, adult entertainment stores and more.

'Called Back' by Mary Cappello
'Dreadful: The Short Life and Gay Times of John Horne Burns' by David Margolick
'A Simple Revolution' by Judy Grahn