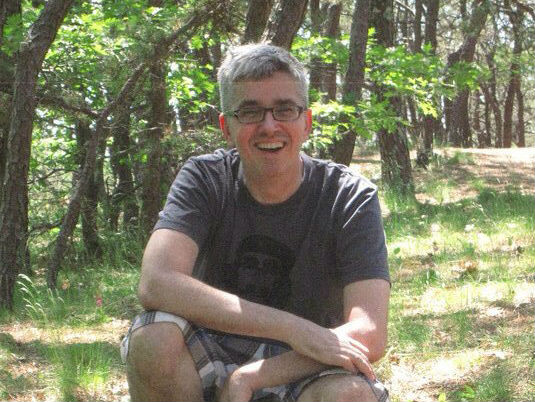 Bob Smith, a renowned stand-up comedian and the author of the critically acclaimed books Way to Go, Smith!, Openly Bob, Selfish and Perverse, Treehab, and Remembrance of Things I Forgot, has died. Smith died on January 20th, after a protracted battle with ALS. He was 59 years old. Smith is survived by his partner, Michael Zam; his children, Madeline and Xander; his mother, Sue Smith; and his brothers, James and Gregory.

A groundbreaking comedian, who got his start performing in the 1980s, Smith was the first out gay comic to host his own HBO half-hour comedy special and the first out comedian to appear on The Tonight Show. Diagnosed with ALS in 2005, Smith began to focus on the writing side of his career when his illness prevented him from performing stand-up. His books, while markedly humorous in tone, never shied away from tackling the human condition with a touching poignancy. His first essay collection, Openly Bob, won a Lambda Literary Award for Humor. Smith’s next essay collection,Way To Go, Smith! was also nominated for a Lambda Literary Award. His last book of fiction, Remembrance of Things I Forgot, was voted an Amazon “Best Book of the Year.”

In the introduction to a 2016 Lambda Literary Review interview with Smith, writer Christopher Bram stated:

In the wider world of pop culture, Bob Smith is known as a stand-up comic. He was the first openly gay stand-up to appear on the Tonight Show. This was followed by many other appearances, including a special on HBO. He toured the country for several years in the groundbreaking comedy trio Funny Gay Males, performing with his buddies Jaffe Cohen and Danny McWilliams. His smart, wry, low-key comedy monologues, which you can see on YouTube, are unique in tone and full of memorable lines. Years before I met him, I often quoted (with attribution) such Smith bits as: “My high school had a Head Start program for homosexuals. It was called Drama Club.”

But in the smaller world of book readers, Smith is known as a writer. And he’s a wonderful writer. This should be no surprise. Good writing is full of the same attention to detail, originality, and surprise that powers the best stand-up comedy.

'Folsom Street Blues: A Memoir of 1970’s SoMa and Leatherfolk in Gay San Francisco' by Jim Stewart
Cutting: On Poetry and Navigating Pain
Natalie Diaz, Fenton Johnson, and the Past and Future of Broadway