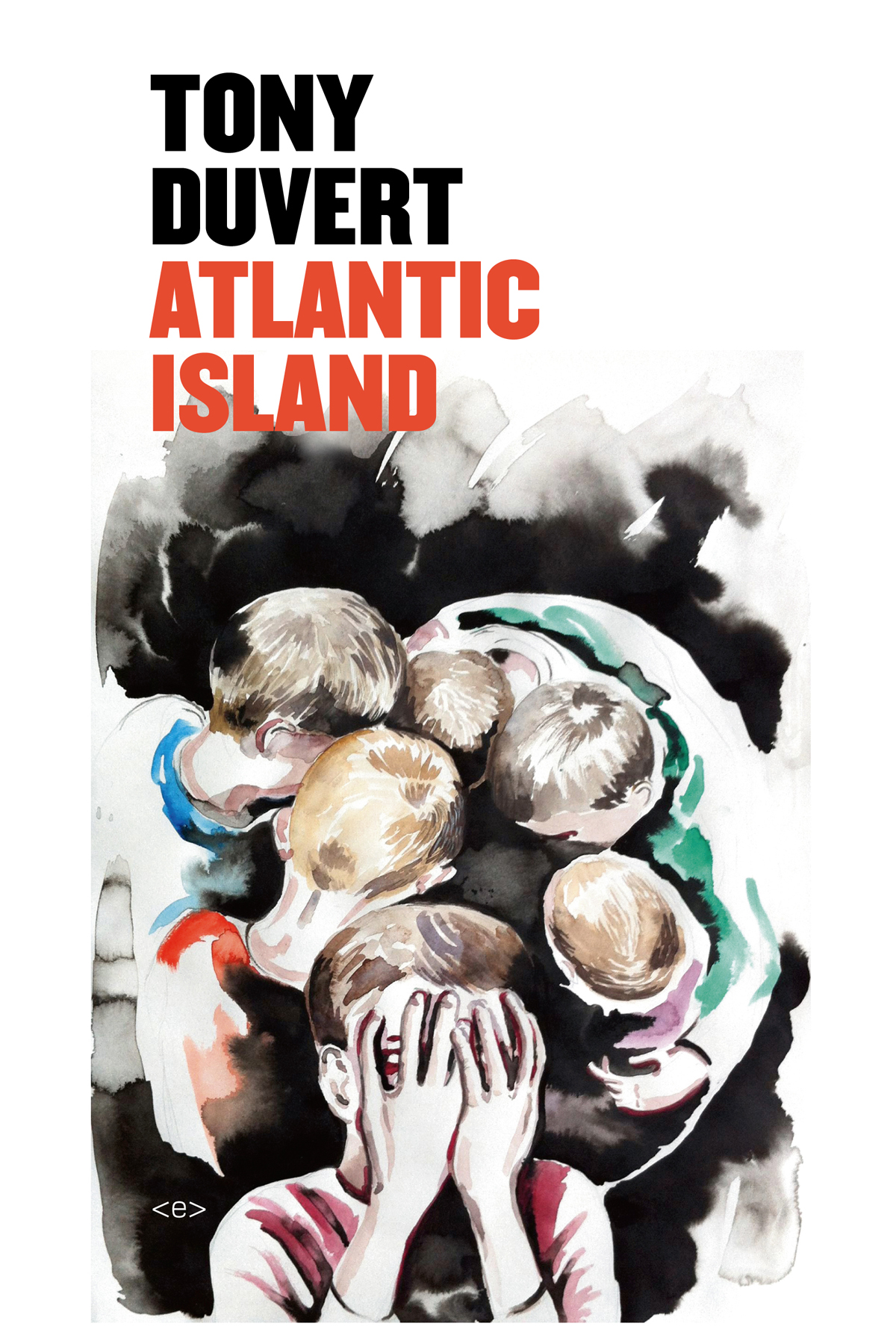 Novels by radical gay writers written in the 1970s continue to be translated from French to English, and Atlantic Island (Semiotext(e)) by Tony Duvert is another example of why that’s an edifying and, in this case, even an entertaining trend. Atlantic Island is not a queer novel in the sense that it centers around LGBT characters. But it is definitely queer in its world view, particularly in its skewering of traditional family values. Often compared to William Golding’s classic Lord of the Flies, Atlantic Island is a nuclear-age allegory in which civilization and savagery have a good, bloody go at each other. Its central arguments are that we must protect ourselves—run away, if possible—from our parents. There’s tyranny and sexual repression in adulthood and, even, in adolescence. Only children seem somewhat exempt.

Atlantic Island follows the lives of—by my best count—eight families on the French Island of Saint Rémi. This makes for—again, by my best count—twenty-six central characters. The central characters consist of parents and their offspring; the minor characters include an aging local prostitute; a sixteen-year-old girl who gets rich by servicing five or six million men; an elderly couple in which the husband, mainly out of boredom, kills his wife; and other characters, all of them equally sordid, deluded or pedestrian.

Duvert appreciates specificity and tells us the total population of Saint Remi is 72, 000; 72,000 citizens divided by class and class-imposed neighborhoods. The children of the island, oppressed by middle class values and heridan mothers, can’t amuse themselves during the day-time world of adults, so they take to committing petty thefts at night. They only steal candy and gewgaws, but things begin to go seriously awry when an old woman dies of fright while her home is being robbed by these almost Swiftan children.

Initially indignant about the unsolved crime, the island denizens throw around clichés (“That poor woman, to end up like that…”), but eventually they lose interest. The islanders would rather attribute the petty thefts to people on the continent or, of course, to the unemployed, foreigners, and the like. The gang of young thieves nevertheless grows paranoid, and fractures, partly along age and class lines, and partly along levels of extremism. “None of these children knew how to talk to one another. Who would have taught them?” “They were the survivors, the most nimble and the most combative of all. They all showed the others the one eye that hadn’t been stabbed, the one arm that hadn’t been chopped off.” One abused member of the gang kills his father, a poor kid dies of a gunshot wound; a more privileged child survives. “Everyone wished that there weren’t too many sons of respectable families involved.”

In one of this opus’s strange turns, the abusive mother of the boy who’s murdered his equally-abusive father covers for her patricidal son, so mercurial is her sense of right and wrong, so strong are the conformities of a nuclear family, no matter how much Duvert may rail against them. Consequences, in other words, are tragic; but Duvert’s tone remains satirical, ironic. Amazingly, he often comes within the bounds of realism, as well. The wife of an alcoholic, for instance, clinically assesses that her husband is “unbearable sober, companionable during his second cycle, and impossible after that.”

Atlantic Island was made into a movie for French television. With no English subtitles, it is viewable on YouTube. Not a French speaker myself, I wonder whether it manages to be as subtly queer as the novel. The boy who decides to become a fake man, for instance, imagines that after his transformation he will “have grown a dirty blond, English tobacco, playboy-style moustache (he didn’t know that these moustaches were chiefly the favorite appendage of virile queers).” In another scene, a police captain imagines the murdered father is likely “an invert murdered by a thug.” In yet another instance, Duvert’s queer imagination allows him to sympathize with the aging prostitute:

[She] often thought about Guillard, the son. When she’d heard about the death of his father, this had been her only reaction: what will become of him?

His cock smelled. It smelled good […]

I’d argue that Atlantic Island is infinitely more complex than Lord of the Flies, particularly in terms of the sheer number of characters it brings into conflict with one another. Atlantic Island is, moreover, an allegory with just as many, if not more, contemporary glosses, pitting, as it does, a savage upper-crust capitalists against similarly savage lower-crust capitalists. Like many gay novels of its ilk, and unlike much of Lord of the Flies, Atlantic Island becomes increasingly, if never completely, expository; and, throughout, it’s a fiercely transgressive. It is most like Lord of the Flies in being pithy and comic, an ugly bestiary of morally repugnant human beings. It has been translated with all its linguistic challenges, its colloquialism and its literary stylings, by Purdey Lord Kreiden and Michael Thomas Taren.

'Let Me Explain You' by Annie Liontas
A Soaring Queer Campus Novel: Brandon Taylor’s Real Life
'My Husband and My Wives: A Gay Man’s Odyssey' by Charles Rowan Beye