‘A Very, Very Bad Thing’ by Jeffery Self

‘A Very, Very Bad Thing’ by Jeffery Self 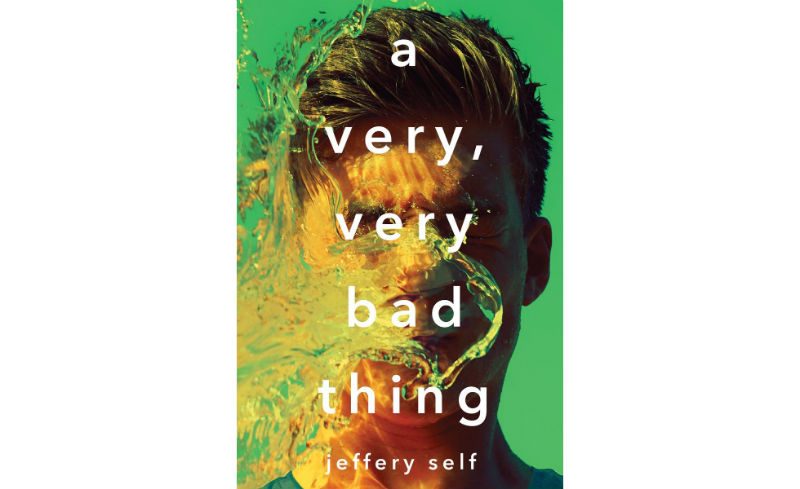 Jeffery Self’s novel, A Very, Very Bad Thing, focuses on teens being raised in a time when American LGBTQ youth culture is assured that, at some point, “it gets better.” Mr. Self’s characters challenge this movement/notion. When does it get better? How so? And…well, what if it doesn’t get better at all?

Marley, our protagonist, is a self-described “snarky gay kid watching life through the disconnected Instagram filter of my generation and judging every minute of it.” His mother tells him, “You don’t have a force that drives you.” And Marley wholly agrees! Mr. Self writes, “In short, I had no idea who I was and I doubted I ever would. For my entire life I had been the kid with no label. There was the football jock, the pretty cheerleader…the bully, the smelly girl, the smelly boy…you needed a label, and despite my best efforts, I’d never found one…at this point, being gay was like being Pisces.” Along with Audrey, his theatre-loving, cynical BFF, Marley tends to merely mock his way through each and every day.

When a mop-topped boy with freckled cheeks enters Marley’s orbit, high school suddenly seems promising. Christopher is a Midwestern import. Drenched in charm, this boy is the perfect foil for Marley’s pessimism. Self writes, “He was different. And I was determined to find out how.” After a great deal of internet sleuthing/stalking, Marley learns that Christopher’s father is the famed televangelist Reverend Jim Anderson, “known for his syndicated infomercials, on which he sells his numerous books and DVDs.” The Reverend is also tied to the “pray-the-gay-away movement.” After a comical supermarket run-in, Christopher confesses that he too is gay. Fraught with new feelings, Marley tinkers with a new perspective in which to view his world. Will Christopher help him trade petulance for what could be actual happiness?

With A Very, Very Bad Thing, author Jeffery Self perfectly, yet respectfully, captures the tone of America’s youth. His tale is not a mere regurgitation of teen life dog-eared with bad memes, reality show brats and lethargy. Self’s characters can only be described as sincere, staunch. Marley drops his iPhone and engages with life’s greatest tool: optimism. Self writes, “When you see the world through that negative lens for too long, it stays that way. You get stuck…”

A Very, Very Bad Thing unfurls and, as Marley and Christopher’s relationship deepens, so does Reverend Anderson’s disapproval. After a string of dreadful events, Marley is left to gather some sort of lesson from their love. He demands understanding, as does the world that has brought him sudden fame.

So, do things actually get better for Self’s characters? Marley tells readers, “…(I will) promise to try to make it get better. The world doesn’t just change by complaining about it online. You have to fight. And I’m going to keep doing so…And I hope you will too.”

A Very, Very Bad Thing is a very, very good novel. With frank writing, Jeffery Self creates a winning, timely YA read. Surely, it doesn’t get better than this.