‘The Lost Prayers of Ricky Graves’ by James Han Mattson

‘The Lost Prayers of Ricky Graves’ by James Han Mattson 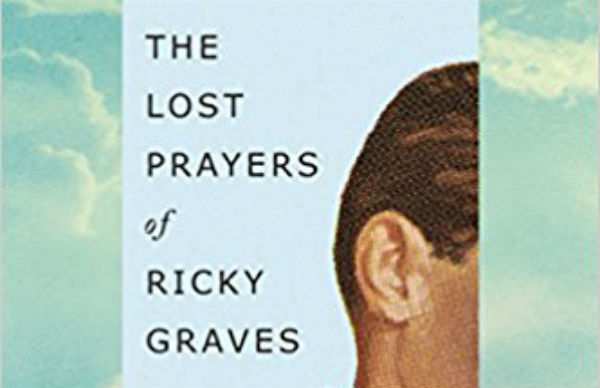 James Han Mattson’s exciting and inventive new novel centers around an event all too familiar to us from today’s headlines: a multiple-victim shooting. It challenges us by not only looking at the horrible costs paid by the victims of the shooter, but also delving deep into what drove the killer to desperation and the cost paid by his family and loved ones. As in real life, there are no easy answers, and the book raises many questions about life, friendship and love in an age in which we are all purportedly so connected. Though the shooting rocks the small town, its traumatized residents never take a clear look at what might have led up to these horrific events—but the reader is given a revealing perspective into what leads Ricky to turn a gun on himself after shooting two of his peers.

What Mattson does so adeptly here is let the narrative flow through the individual voices of both the people who were victimized by the shooter, and those closest to him. Interspersed with these first-person chapters are others containing electronic communication. We see Ricky’s mother seeking advice via email from a popular self-help author as Ricky struggles with his sexual identity and suffers under the onslaught of abuse from his classmates. And we hear from Ricky himself in a chat transcript from a gay hook-up app, as he talks with Jeremy, an older gay man in San Francisco.

The electronic conversations delve into the past, but it’s the present-day reflection of the first-person narratives that drive the story, slowly filling us in on what has happened both before and since the tragic events. Alyssa, Ricky’s pregnant sister, has returned home to help her mother cope in the midst of her own insecurity about her ability to be a single mother. Jeremy comes to town out of guilt over his many rebuffs of Ricky’s hopeful requests that they meet in person, certain that he could have made a difference if he had given in and fulfilled Ricky’s increasingly desperate pleas. Here Mattson asks the question: How close can an internet relationship bring two people? Can a real connection be made and brought into the everyday world? Jeremy, a successful businessman back in San Francisco, grows close to Alyssa, and in an attempt to assuage his grief even wonders if he should stay and help raise her child.

It’s what Mattson does with the voices of his varied characters that is the novel’s greatest strength. He perfectly captures the vernacular of a small working class town. With the electronic exchanges as a counterpoint, he illustrates how casual our language has become in the age of the internet, and how we express ourselves less as a whole person and more as what we want someone to perceive. Grown, educated, gay men who would never address a peer as “bro” or “man” use these words liberally in electronic conversation. Even more tellingly, Mattson shows how this casual language has affected our everyday speech. He makes use of his dialogue to fully flesh out his characters, giving them life. One can actually hear their voices, and they tell an incredible and often suspenseful story: you can’t wait to find out what actually happened leading up to, and during, the shooting. It’s a puzzle he puts together slowly and compellingly.

The Lost Prayers of Ricky Graves is a first novel with a remarkably authentic look at some very contemporary issues. There may be no easy answers, but it makes us take a real look at the motivation behind a tragic act of desperation—the kind of crime that we see far too much of in modern times.

'The VIPs' by Scott Poulson-Bryant
'Blue Stranger With Mosaic Background' by Wayne Koestenbaum
Writers Vivek Shraya and Elisha Lim Talk Craft, Race, Identity, and Getting Compensated for Your Wor...