So, You Want to be a Mentee? A Look at AWP’s Mentorship Program

So, You Want to be a Mentee? A Look at AWP’s Mentorship Program 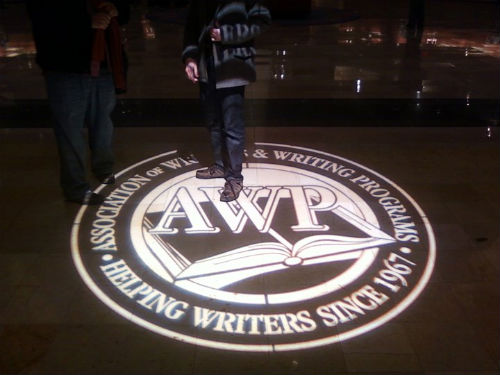 What did I expect when I signed up for AWP’s Writer-to-Writer mentorship program? Honestly, not a whole heck of a lot. AWP (the Association of Writers and Writing Programs) is a nationwide writing organization that holds a giant conference once a year and provides “support, advocacy, resources, and community to nearly 50,000 writers.”

It sounds good, but I wasn’t sure if AWP was down with people like me. (Me being a gay, a lesbian.) I’d already applied to their mentorship program last year, which matches emerging writers and published authors for a three-month series of modules, but they couldn’t find anyone to match with me. My second application was fueled by both anger and too many beers on a Tuesday night. Eff this, I decided! I was applying again. I would remind them I’m here. A lesbian writer of literary fiction. Yes, we exist.

In my drunken application to AWP, when asked what I would gain from the program, I wrote:

I want someone to back me up. Too many times have I reached out to straight writers who just don’t get my work… There’s got to be someone out there who wants to read what I’m writing and understands it. Someone who can look at it from a literary perspective and critique it. Someone who can find new routes for me, who can encourage me in other genres and in general. AWP has reach. That’s what I want from you. Use your arms, reach out, and find someone like me!

And do you know what? A funny thing happened. A very funny, wonderful thing.

AWP found me a mentor.

My mentor turned out to be Sassafras Lowrey, who, in hir own words, is “is a straight-edge queer punk who grew up to become the 2013 winner of the Lambda Literary Emerging Writer Award.” But Sassafras is a hell of a lot more than that. Ze is a survivor, a warrior, a writer who works full time somewhere else (hir “muggle job” as ze calls it) but still makes time to be a published author. Sassafras loves My Little Pony. Sassafras includes everyone. Sassafras sends me great pictures of both hir doggies and the changing landscape in New York City and the surrounding areas. Ze also has really great glasses.

In my relationship with a mentee I hope to support a beginning LGBTQ writer further develop voice and vision for their work. The personal ‘gain’ in this relationship is about furthering a fellowship amongst marginalized writers who don’t always feel welcome within traditional publishing environments.

Yes. This was exactly what I was looking for! I’d always felt like I was on the outside looking in when it came to writing communities. In my groups, I was the only woman writing about women in relationships (with each other). My peers made me feel like an alien. Why were my narrators always so “masculine” sounding? Were the two main characters “together-together” or what?

One time my workshop leader found it unrealistic that in my story, a woman who has only had heterosexual relationships previously, enters a relationship with another woman. “Do we believe this?” he asked the class.

“It seriously happens more than you know,” I said.

He ignored me and went on to seek the opinion of the more butch and “obvious” lesbian in the workshop. Clearly, she would know better than I would.

From reading some of hir mentee application, I knew Sassafras would never treat my work like this.

So, we said yes! to the dress to the mentorship program and were paired within the week. The rules were clear: work as hard as you can and the next duo with a published book will become AWP’s next top writer partnership!

There was no stipulation about book publishing. Most of the encouragement we received revolved around trying the modules they would send and letting them know if we felt like it wasn’t working out with our respective partners. They encouraged us to talk with the other mentees and mentors. Explore, they said! Grow!

Okay, I thought. I could do this. The modules were mostly about community and reading (which writers do you like? why?). There has been some craft work, too. But the greatest thing I have gotten as a mentee from my mentor is support. In the writing sphere, but also in general.

My favorite things so far:

I’m not sure what it’s like for the other mentors and mentees, but us queers definitely have it down. We’re only a couple of weeks into the program, but I’m excited to see what more it will bring. I’m also excited about what it means for others like me, especially those who’ve had less opportunities at their disposal (read: more gays who are not white or cisgender). I encourage AWP to continue seeking applications from these groups and matching them with supportive mentors. That is the way we grow, the way our voices are heard. Use your arms, AWP, and reach!