‘Paul Takes the Form of a Mortal Girl’ by Andrea Lawlor

‘Paul Takes the Form of a Mortal Girl’ by Andrea Lawlor 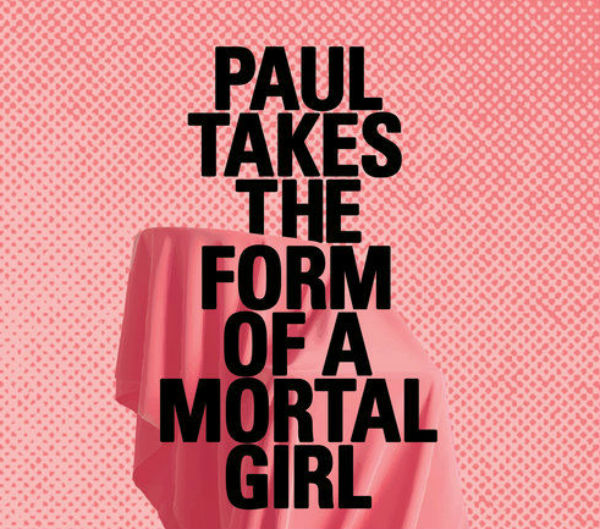 In style, it’s frequently noted that it takes roughly two decades for everything old to become new and valued once more. As Paul Takes the Form of a Mortal Girl’s own protagonist Paul “Polly” Polydoris wisely observes, “1993 is too soon for ‘80s retro. We’re doing ‘70s now.” Following that logic, 2017 is much too soon to reconsider 2006. But Andrea Lawlor’s debut novel, set during Gen X’s heydey, is right on time. Paul Takes the Form arrives on the scene in a year that’s full of reverence for the era; one where even the On Our Backs classified is worth its salt again.

As his normie University of Iowa film studies peers surpass him in academic decoration, twentysomething Paul earns an honorary degree in shape-shifting, altering his physical anatomy to fit any given moment’s erotic flavor. The bulge between Paul’s legs shrinks or expands in proportion to his peccadillos. His average Joe pectoral muscles melt into a waifish, budding breasts, and vice versa. Paul Takes the Form illustrates what so many fantasize about during intimacy: that one’s body is something else. Be they fetishistic or essential for survival, the novel renders those very thoughts literal, and to great success. Paul is a queer punk’s Don Giovanni, indulging in the infinite array of sexual encounters that his extraordinary gift permits, a homosexual woman one second and a flaming queen the next. However, Paul learns quite quickly that effeminate genders, no matter how freely they are constructed, are still subject to sexism. Multiplicity in gender also proves troublesome, especially within his own relationships.

Andrea Lawlor has coolly escorted sex back into conversations about gender, which have long been unmoored from fucking in the name of mainstream didactics and respectability. Like its main character, the book takes on different forms, cycling between a Bildungsroman, a period novel, a fairy tale collection, a volume of Sassy Magazine style columns, and a new queer cinema textbook that would give B. Ruby Rich a run for her money.

Paul is as much of a citizenfuck as he is a genderfuck, an ethnic indiscernible meandering from city to city. A one-time ACT UP member in NYC, he’s entered into an academic relationship of convenience with sleepy Iowa City, finding community in his gay roommate Christopher, his intellectual lesbian pal Jane, and the ghost of an old love, New York’s Tony Pinto. As Paul’s studies falter, he sets off in the direction of safe havens, including the Castro, Boystown, Provincetown, and–with Jane’s assistance–the Michigan Womyn’s Music Festival, a site that comes with its share of hilarity, kitchen duty, and subversive romantic encounters with a animal rights activist, Diane (Paul’s first lesbian love).

Lawlor is gifted in ensnaring the curious and free-flowing gazes of queer youth; the type that are all too often undocumented, lost to an evening’s druggy haze, or trounced by adulthood:

He sneaked a look at Jane’s fingers. Mannish, he thought, unwillingly. Even the femmes are a bit mannish. The minute he had confirmation (besides his own gaydar) that a subject was a homosexual, Paul compulsively searched for the flaws in that person’s gender. Every gay had these flaws, Paul thought, although sometimes the flaw was being too perfect. Paul noticed this most often in men. Most women weren’t very good at being women, he’d learned when he started to really study them. Like Jane, with her mannish hands.

Regardless of reader identity, Lawlor’s debut novel encourages, if not requires, bon vivant tendencies. Paul Takes the Form is strongest in its details of the mid-1990s scene, from the Dr. Martens to the ethics of mixtape production:

An intelligent and dashing work, Paul Takes the Form is destined to become, in the time-honored tradition of The Price of Salt, Rubyfruit Jungle, and Valencia, the go-to coming of age novel for the latest generation of wanderlustful rabble-rousers.

'Playing by the Book' by S. Chris Shirley
'Fans of the Impossible Life' by Kate Scelsa
'Law and the Gay Rights Story: The Long Search for Equal Justice in a Divided Democracy' by Walter F...