‘Not Your Villain’ by C.B. Lee

‘Not Your Villain’ by C.B. Lee 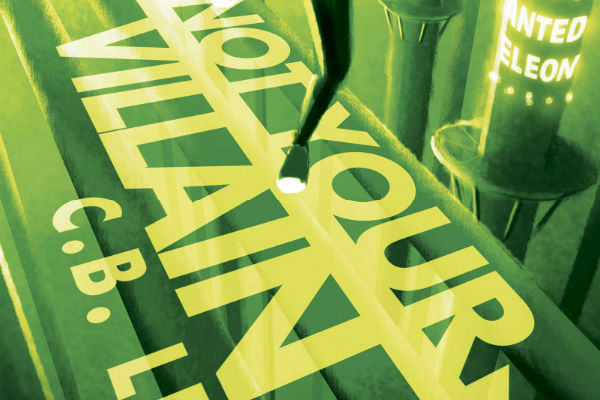 Not Your Villain is C.B. Lee’s follow up to her phenomenal first book in the series, Not Your Sidekick. Instead of following Jess Tran as she struggles to develop the latent powers she thought she’d never have, though, our protagonist of book two is Jess’s lovable best friend Bells. Bells is trans, and has the power to shapeshift. Unbeknownst to his best friends, he’s also been secretly selected to take part in hero training for the past couple of summers. While Bells, Jess, and Emma–our trio from book one–share everything, his undercover identity as Barry Carmichael is something he’s had to keep hidden, and his friends think he’s been at art camp each summer. Luckily for Bells, a secret identity doesn’t pose a challenge for a shapeshifter.

Even luckier: Bells doesn’t have to keep his secret identity for long. The novel picks up from where the first one ended. Bells, Jess, and Emma are still embroiled in the search for Jess’s girlfriend’s parents, the enigmatic Master and Madam Mischief, their city’s resident villains. The stakes are even higher for Bells as he completes his training, and discovers a plot being enacted by Captain Orion, the picture perfect leader of the League of Heroes. Bells must decide if he will fall in line and follow orders, or follow his own sense of justice.

No small feat for a bunch of teenagers who still have to contend with high school, studying, internships, little siblings, romance, and parents who insist that they do their homework before saving the world.

The universe that Lee created in Not Your Sidekick is as sharp and effortlessly detailed as ever. Located a few hundred years in the future, it is our world taken to its logical conclusion and altered by unchecked consumerism and environmental degradation. Everyone in Bells’s world is a mandatory vegetarian except for the very rich, because food is scarce and meat is hard to come by. Bells’s parents are rebels in their own right, farming contraband foodstuffs and selling it locally, and becoming an invaluable staple to their community.

But while the environment and economic state of Bells’s world is dismal, the future is not without a silver lining: Pronouns are exchanged naturally with every introduction of a new character, and characters can be located anywhere at all on the spectrum of gender and sexuality without anyone blinking an eye — and at the same time are fully realized, authentic characters, without a token in sight.

Perhaps the most refreshing aspect of Lee’s novel is the way in which she grounds her characters in their adolescence. Jess and Bells have super powers, and Emma is a mastermind, but they are also kids. They do what they can to save the world, without ever aspiring to be a savior, learning that true heroism comes through working together to protect your community, no matter the cost.