‘A Natural’ by Ross Raisin

‘A Natural’ by Ross Raisin 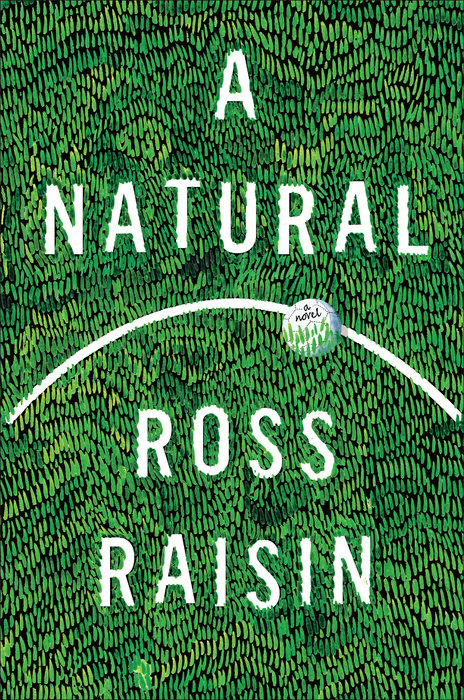 Caleb Crain, writing for the New Yorker in 2014, concluded his essay “How Much Gay Sex Should A Novel Have?” with: “A suggestion: as much as it takes to tell the story. And to tell it—and here one finds oneself resorting to a Jamesian adverb in its Jamesian sense—‘beautifully’: that is, with indifference to uncharitable interpretation.”

The question here is posed with the gay male novelist in mind. Crain floats through a laundry-line full of unanswered questions about the marketability and general success of fiction that details gay sex, but he is unconcerned with the straight novelist, instead inspecting the straight reader and publishing industry. The question is a fair one, though the precarious fête of the straight writer cataloging the gay relationship like Ross Raisin in his latest novel A Natural is sparse, in Crain’s writing.

A Natural is quizzical, with prose that is relaxed and unlike the protagonist Tom Pearman, who is a young, closeted footballer who has just arrived to play for Town, a team in the south of England. After being let go from his more prestigious Premiere League academy, Tom is quiet, austere and hyper-aware of his own visibility. The word gay does not appear until midway through the novel, allowing a subtle transposition between the homoerotic and the esoteric throughout each chapter.

In the novel, homosexuality is a passive interjection into space, mostly molded by Tom’s muted desires that are always met with subsequent shame. He is crippled by the idea of being watched on and off the field, and after his desires finally materialize, it is the struggle between straight and gay that continues to bludgeon Tom. “Every face, every pair of eyes, he became more convinced with each step, would be able to see it in him. They would know what he had done.”

A toxic masculinity is rampant at Town and Raisin contours the ideas of what football players should be–boisterous, boy-like, bucolic–which leaves Tom a voyeur, both sexually and platonically. “Tom paused for Easter to go ahead of him into the dressing room, grateful that they had been alone in the shower room, that they had been wearing towels.” It is in these fleeting scenes that Tom’s desires are freed, but quickly shooed away.

So, how much gay sex should this sort of novel have, especially when characters are in male-dominated field such as football, and how much trust do we place in non-gay male writers to portray the inhibition of closeted gay male sex?

In Hanya Yanigihara’s A Little Life, homosexuality is narrated as contagion. Jude feels something beyond shame, and his body obtains a degenerative illness that attacks from the inside and out. Tom is not removed from the similar phenomenon known as being in the closet. Though he is not physically sick, Tom’s state of mental health, like Jude’s, is of concern. In A Little Life and A Natural, homosexual stigmata are paramount. The general misconduct against homosexuality plague closeted characters like the LGBTQ+ community at large. Because of masculinity’s demands, we are repeatedly pushed to be stronger and quieter.

If you’re wondering about gay sex inside Raisin’s novel, there is no doubt of its presence. For a straight writer, he is generous. There is a scene with a prostate massage (which felt fresh and unconventional for gay sex in fiction), but the intercourse often arrives just in time for Raisin to turn the lights out. “Liam moved once more up against the tractor’s side, drawing Tom’s hands behind him, one at a time onto his waist–and Tom let himself succumb to whatever ugly thing was within him, released, until it was over, from caring.” Steamy scenes evaporate as fast as they materialize, but this is an authoritative choice, and maybe besides the point of the novel’s investigation into outsider interiority. Tom is so emotionally repressed that his rendezvous with the team’s groundskeeper, Liam, probably feel like black-outs–love often does! And the general omission of explicit gay intercourse can be attributed to Tom’s disgust over other homosexuals: “A few nights previously an unfamiliar member of the hotel staff had waited on his table. Tom had formed the impression that he was gay… and the idea that he had made the same assumption about Tom had made his chicken and bacon salad churn in his stomach.” It would be contradictory to have a character elaborate on the functional properties of gay sex when he can’t say the word himself. Early in their relationship Liam suggests they “just talk about football.”

Raisin haunts his characters with ghosts of social propriety. They are all troubled by what is expected of them; to be mothers, fathers, breadwinners; nuclear homes emblazoned with the comfort of heterosexuality. What is most gut wrenching about A Natural is Raisin’s 20/20 vision of masculinity’s demands; it represses, contorts and sublimates each challenger. These characters are bottled up with desires outside the social norm and the focus on genital predilection erodes their well-being.

Duality is a ferocious thing. Tom struggles with his private versus public self. He is a canon with a wick that burns as quick as it is replaced. Raisin steers a glimmering course with terrific restraint in this novel that, like a soccer field, demands full attention to detail.

Chris Stewart is the Managing Editor at GAYLETTER