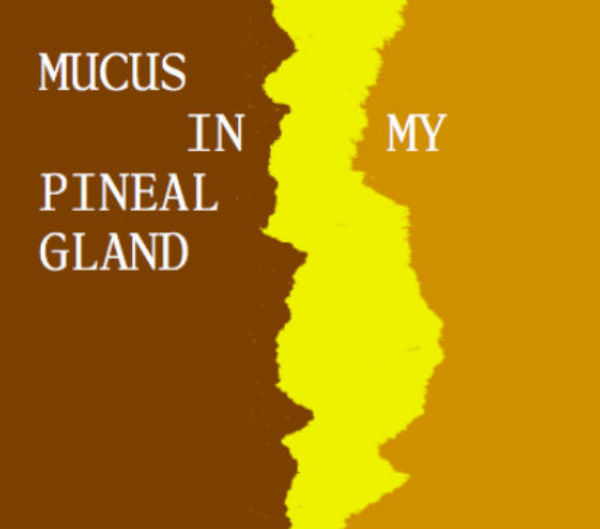 ‘Mucus in My Pineal Gland’ by Juliana Huxtable

‘Mucus in My Pineal Gland’ by Juliana Huxtable 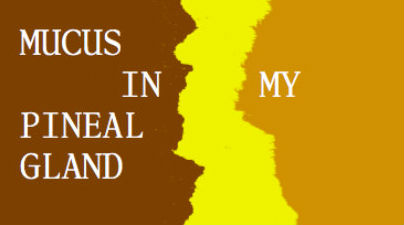 While visiting my hometown outside of Los Angeles, I invite Joshua Jennifer Espinoza over for wine and some time to gossip together at a local spa. She is a dear friend and fellow trans latinx poet whose work I’ve come to admire dearly. During the first thirty minutes of our time together we begin discussing this newest (and first) poetry book by Juliana Huxtable, called Mucus in my Pineal Gland. Juliana Huxtable grew up in Texas and then took the New York City nightlife scene by storm. She is a black trans DJ, model, fashionista, artist, poet. There is very little that Juliana doesn’t do. There are memes from her interviews and a sculpture made in her image that was displayed at the New Museum. She is an icon to many trans and gender non-conforming communities.

While sitting in the spa, Joshua Jennifer Espinoza and I begin to talk about the all-caps wording that is a signature in Juliana Huxtable’s work. Whole poems, pages, are written in all caps. I mentioned to my friend that this is something I’ve seen in the work of another trans-femme poet of color (i.e. the all-caps also appears in “Litanies to my Heavenly Brown Body” by Mark Aguhar).

I asked her, “Do you think this is a subconscious trans femme of color literary aesthetic that is developing?”

Joshua Jennifer Espinoza told me the titles of her poems are meant to be published in all caps too, and then she suggested something interesting. She said, “It could be…. The all caps feels like shouting. What is the impulse that drives someone to type in all caps? It is as if the poet is saying I’m here, I’m alive and you need to listen to what I’m saying.”

And this is how I feel when reading the work by other trans femme poets of color. There is often an urgency and a demanding to be heard. I like the idea of all caps as our aesthetic.

Huxtable has one of the most expansive vocabularies and some of the widest ranges of reference points of any contemporary poet. She will reference fashion designers, social media platforms, queer/trans theory, musicians from throughout the 1990’s, various technologies and she will intermingle these subjects with poetic technique such as alliteration, repetition, internal rhyme, and so on. Considering all the functions of the book, I believe that its primary crux is located within the relationship between technology and the human flesh. There is an obsession in this book about what is authentic and what is fake. What is real and what is simulated? What are we socialized into and what can we socialize ourselves out of? There is a refusal towards assimilation that is not only seen in the philosophical concepts of the work but also in how the work is functioning linguistically.

For example, the title of the book and many other parts of the book are enamored with the grotesque, the sexually perverse, and unspoken oddities (in a push against what is considered socially acceptable to discuss). Here is an excerpt from the book of Juliana Huxtable describing playing Mario Kart as a child:

I DISCOVERED, USING MY VIRTUAL PUSSY TO STRADDLE THE BEEFY TRAPEZIUSES OF ANTHROPOMORPHIC CYBORG ATTACKERS, THAT THE AWKWARD SHORTCOMINGS OF PUBESCENT LFE COULD BE OVERCOME ONE PELVIC HEAD CRUSH AT A TIME.

For Huxtable, this site of racial domination during sex is a place where her blackness can be unassimilated, unconfined, and more authentic to her experiences. Huxtable is brave for naming these actions in contemporary American poetry. It is not something that I could see being handled well in a poetry workshop or stuffy reading series. By delving into the power dynamics that are occurring during race play, Huxtable not only unpacks how people can think about their race and sexual encounters but she also expands the conversation on what people can dare to speak of within contemporary poetry.

This constant and thorough analysis of every facet of life, also extends into the sections of Huxtable’s book that discuss state violence (and not just interpersonal power dynamics). Huxtable writes of neo-liberal order that “HAS MADE ITS WAY ACROSS GENERATIONS OF BULBS–TURNED-PIXELATED CARTOGRAPHY IN ANIMATED SIGNAGE AND IT PROTESTS THE RACIST STATE SPONSORED BRUTALITY OF THE NYPD.”

To a similar effect, her discussions of state violence sidestep a voyeuristic gaze. Rather, when Huxtable names a site of violence, the interest seems to rest within the power dynamics of individuals, or entities, at the site of tension. Huxtable seems to be interested in making visible sites of struggle for power and livelihood that are often unnamed.

Shifting the conversation away from power and the political, Huxtable’s work also is engulfed in humor and pop culture references. These references allows Huxtable to provide relief from tension in the work. These references allow the book to flow seamlessly without being overbearing rhetorically or politically. Huxtable will mention Kant or Octavia Butler, insert a url link into her poem, then mention Britney Spears, Hot Topic, and AIM Chatrooms. There are no boundaries on the subjects that will enter her work.

Lastly, the book’s assemblage should be noted. At a quick first glance, I thought the book was one long poem but then I realized that the titles of the poems are typed vertically against the Yves Klein Blue page, opposite of where the poem begins. Also the poems are printed, not in black ink, but in Yves Klein Blue as well. The fonts of the book change in size and are aligned chaotically.

Juliana Huxtable’s collection does not follow the typical formatting of a poetry book, with black ink on white pages, and the poems’ titles at the top of the page. I assume the formatting change was the authors choice: it feels as if Huxtable looked at the pages, threw out all the rules, and said, “What format and presentation will best fit the content and aesthetics of my book?” Here, the book becomes a visual arts project, with a unique design. It refuses to follow protocol of what might be expected.