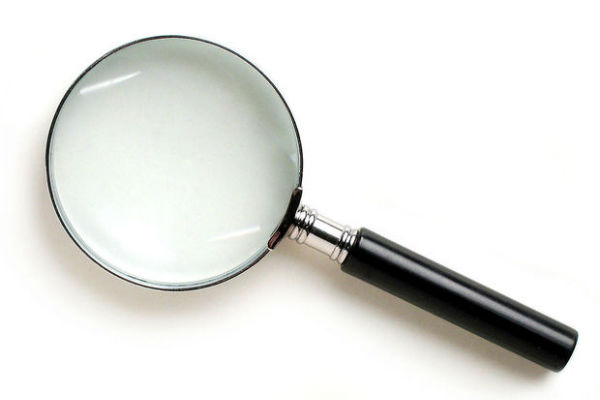 During Bouchercon 2017, one of the world’s largest annual world mystery conferences, a sizable and enthusiastic group of fans, writers, and members of the publishing industry turned out for “Reading the Rainbow,” a panel dedicated to LGBTQ crime writing. For the second year in a row, the LGBTQ panel has been well attended and warmly received. Having searched for LGBTQ visibility at Bouchercon in 2015 and being a bit disappointed, I was pleased and honored to be a part of this panel, and I was moved by the surge of support I witnessed from the crime writing community.

Over the past few years, several celebrated LGBTQ crime writers have had some notable and especially visible accomplishments. The prolific lesbian mystery writer, Ellen Hart, best known for her Jane Lawless series, was named the 2017 Grand Master by the Mystery Writers of America (MWA). She is the first out LGBTQ writer to win the Grand Master status. In 2015, The New Yorker, that literary bastion, ran an article about gay mystery writer Michael Nava’s oeuvre, prominently featuring his Henry Rios mysteries. Given this positive trend and the success of LGBTQ panel moderated by Catriona McPherson at Bouchercon last year, I had hoped that “Reading the Rainbow” would be well attended in Toronto this year. However, being new to this experience, my first time on a Bouchercon panel, I wasn’t prepared to see the Sheraton Centre Toronto’s conference room fill up with readers and writers of all backgrounds, nationalities, genders, and orientations. As I conferred with my fellow panelists—Greg Herren, Jessie Chandler, Owen Laukkanen (Owen Matthews), and Stephanie Gayle—and our auspicious moderator Kristopher Zgorski, I understood that what I was experiencing was something special—and deeply encouraging.

Zgorski, who reviews crime fiction in his blog, Bolo Books, wanted to make the panel different from last year’s by finding topics that connected the panelists: “I read and researched each panelist.…” he remarked. “As I did so, I began to see that there were pairs of individuals on the panel who could easily address the same topic—Greg/Jessie on the history of the sub-genre, Stephanie/John on historical settings, Owen/Greg on the LGBTQ+ YA market.” 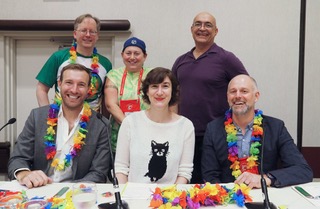 From there, Zgorski constructed questions that were broad enough to gather a number of responses from the panelists. Chandler, author of the Shay O’Hanlon capers, and Laukkanen, writing YA fiction as Owen Matthews, spoke about the use of humor in their fiction. Herren, author of over thirty novels, including the popular Scotty Bradley series, and Chandler discussed the audience for LGBTQ crime fiction and the history of the sub-genre. Gayle and I commented on the importance of using fiction to reconstruct LGBTQ history.

“It was really refreshing to be on a LGBTQ+ panel at a mainstream mystery conference—for that matter, any kind of literary conference—and have such a large turnout and such an engaged audience,” Herren said in reflection. “[It] really bodes well for the future of LGBTQ mysteries and their authors.”

Likewise, Gayle, author the Chief Lynch series, remarked that being on an LGBTQ mystery panel is “always a treat because the audience is invested in this type of literature. It feels like a very safe space in a world which is decidedly less so.”

Zgorski included several questions for us on topical issues. In particular, he asked about the use of sensitivity readers and other voices still under-represented in the genre, such as transgender persons and LGBTQ persons-of-color. Looking out at mostly white, mostly cis-gendered audience, we all agreed that we needed more transgender writers and writers of color.

Crime writer and veteran Bouchercon attendee Alan Orloff commented that he’d never been to a panel where he’d seen “so many audience members nodding their heads in agreement with what the panelists were saying, affirming what they thought or felt themselves.” It seemed to him to strike a chord.

The positivity and sense of community in the room was palpable. We all hope this level of energy and interest will continue to grow through future Bouchercons and as the mystery genre evolves.

As a concluding gesture, Zgorski asked his panelists to recommend LGBTQ crime writers we admire. Although not entirely comprehensive, below are a few suggestions to get the curious reader started!

Aaron Sanders—Speakers of the Dead