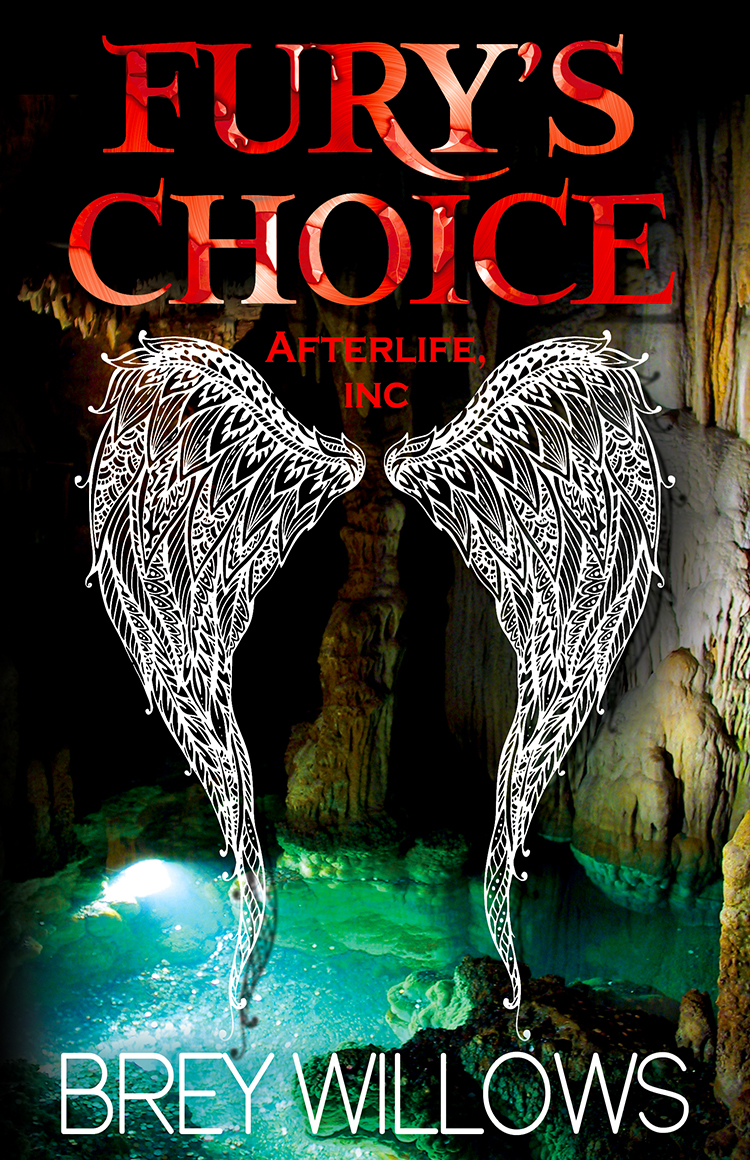 Tisera Graves, along with her sisters, Meg and Alec, are The Furies who mete out justice in the name of those who have been oppressed. Today’s world is full of wrong-doers, and Tis and her sisters are often called upon to right those wrongs. In addition, Tis has been tapped by the gods, who have decided to walk among the people again, to lead them to organize themselves and present a united front to their followers. However, trying to lead such a diverse group is a little like trying to herd butterflies and Tis has other things to worry about. She’s a Fury in crisis, still dedicated to her calling, but questioning her role in persecuting crimes of contempt, arrogance, injustice, and murder. If she walked away from being a Fury, what would she be?

Kera Espinosa, CEO of GRADE, mingles with the rich and famous, doing deals to support her company, her employees, and her work of rescuing those who are subject to villainous, destructive parties all over the world. She’s also a woman with a past who once made a wrong choice and is trying to make up for it. In the midst of rescuing a group of women and children in a war-torn country, Kera turns to find a woman—in all her awesome power—dealing with those who were responsible for the group’s suffering. Kera recognizes the woman for what she is: an orisha. In her mother’s native Haitian tongue, a minor spirit representing the gods. And although the woman with the glowing eyes, whit, snake-like hair, and wings is visible to Kera, she knows no one else in her party can see her. But Kera’s not one to ascribe to religious sentiment, and this whole “gods walking among us” thing irks her, so what is she to think of the woman with such awe-inspiring beauty?

Eventually, Tis and Kera both seek a quiet place to reflect and renew. When they do, they find fate—or perhaps The Fates—bringing them together. Their attraction is immediate and they begin an intense relationship. However, duty often interferes and the questioning the women bring to the relationship causes problems, which must be resolved or it’s doomed to failure. When Kera’s past catches up with her and she’s in mortal danger, Tis knows she must come to her aid—and make some decisions about her own life, once and for all.

Fury’s Choice is a refreshing and creative endeavor. The story is populated with flawed and retired gods, vengeful Furies, delightful and thought-provoking characters who give our perspective of religion a little tweak. As tension builds, the story becomes an action-packed adventure.

The love affair between Tis and Kera is enchanting. Kera’s right hand man, Ajan, is admirable, as is his replacement in training, Petra. Tis’s Fury sisters add interest by their interactions with her. The bad guys are rotten to the core as one might expect. Willows uses well placed wit and humor to enhance the story and break the tension, which masterfully increases as the story progresses.

The story flows well as it moves back and forth between the blossoming relationship between Tis and Kera and the new reality of the gods and their issues. When the final crisis comes, Kera isn’t the only one in danger, and the others in jeopardy are some unlikely victims.

There are some editing errors and use of adverbs is a missed opportunity to show us rather than tell. The chapter prior to the Epilogue contains the entire denouement, giving the story a fulfilling resolution. However, the Epilogue doesn’t seem to fit the lesbian romantic adventure-fantasy theme.

This well researched tale with a different perspective on gods and religion is entertaining as well as informative. The romance between the two main characters is appealing with well written love scenes. Overall, Fury’s Choice is a creative endeavor with a refreshing premise.