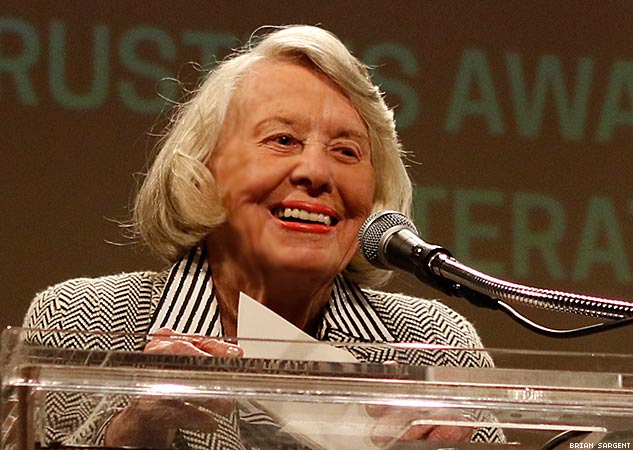 For decades, Smith captivated newspaper readers with her insider view of the rich and famous. Often writing with a light touch, Smith covered the New York social register with a colloquial awe.

From hardscrabble nights writing snippets for a Hearst newspaper in the 1950s to golden afternoons at Le Cirque with Sinatra or Hepburn and tête-à-tête dinners with Madonna to gather material for columns that ran six days a week, Ms. Smith captivated millions with her tattletale chitchat and, over time, ascended to fame and wealth that rivaled those of the celebrities she covered.

A self-effacing, good-natured, vivacious Texan who professed to be awed by celebrities, Ms. Smith was the antithesis of the brutal columnist J. J. Hunsecker in Clifford Odets and Ernest Lehman’s screenplay for “Sweet Smell of Success,” which portrayed sinister power games in a seamy world of press agents and nightclubs.

Smith came out as bisexual in her 2000 memoir Natural Blonde, but throughout her writing career she was ambivalent about discussing her sexuality. Her willingness to publicly address her sexual identity did seem to soften as she got older (Smith attended the 2015 Lambda Literary Awards and presented the Lambda Literary Trustee Award to John Waters).

In a 2017 New York Times interview, Smith stated, “It sounded defensive to protest that I thought myself bisexual, like I wouldn’t admit that I was a lesbian. I wasn’t a happy convert to any particular sexual thing. But I eventually got tired of defending myself and said, ‘Say whatever you like.’”