Amy Hoffman: On the Importance of Storytelling

Amy Hoffman: On the Importance of Storytelling 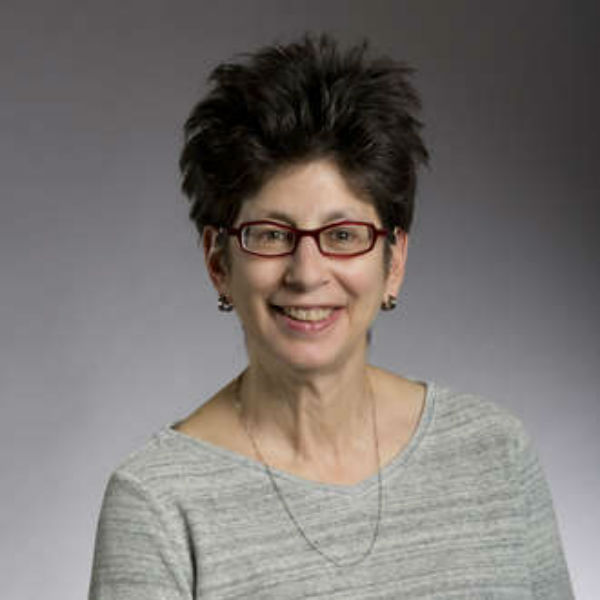 In The Off Season, her debut novel, memoirist Amy Hoffman (Hospital Time, An Army of Ex-Lovers, Lies About My Family) creates a set of characters as complex and unpredictable as the place they inhabit: Provincetown, Massachusetts. Nora, the narrator, describes the town as “the center of a vortex, the currents of ocean and bay swirling around it—concentrating the forces of imagination, desire, and precarious natural beauty.” Simultaneously, Hoffman probes the underside of resort-town life, the living and working conditions of year-rounders, the economic realities, the unlikely alliances. Issues of women’s and community health infuse this comic novel with gravity— and with the lessons learned over the last four decades through LGBT activism.

Hoffman spoke to Lambda Literary about capturing the communal spirit of Provincetown, writing fiction vs. nonfiction, and the importance of storytelling.

Though The Off Season has hallmarks of a comic novel—witty banter between characters, satirical commentary on social mores and daily life in Provincetown, a conciliatory ending—critical matters concerning individual and community health arise early. Can you talk a bit about weaving grave issues into your book?

This question assumes that I’m much more of a self-conscious and deliberate writer than I actually am. I went to a writers’ demonstration at the White House after the election of Donald Trump and listened to many inspiring, beautifully expressed speeches about the responsibilities of artists in repressive times. I wondered if I was shirking. So, I’m relieved that you note the underlying seriousness of the novel—but I can’t claim that I set out to weave grave issues into the book. Instead, the issues arise out of the characters, as I explore them and their relationships.

Postal clerk; barista; shop owner; Stop and Shop deli-counter worker; minister: why did you want the economics of daily life to play such an important role in the book?

Right out of college, I worked as an office clerk at Harvard, tracking the university’s grant spending. The office held long rows of metal desks where, eight hours a day, we typed numbers onto forms with four or five carbons. The occasional corrections involved careful use of Wite-Out (or “whitey-out” as one of the African American clerks called it). My co-workers had been stuck in that office for decades—and they hated each other. They ate lunch in silent rage. The toxicity of the place made a big impression on me. I thought, “Why did Freud put so much emphasis on the family? People spend more time with their co-workers than they ever do with their spouses and kids!”

The characters in The Off Season work the jobs available to year-rounders in Provincetown. Because the New England fishing industry declined several decades ago (over-fishing and environmental degradation), the town now relies on tourism. Many residents have to earn a year’s income in the summer months of high season; others take whatever they can get during the year. The natural beauty and freewheeling ethos of the place make the financial struggles and isolation worth it, but survival is never easy.

The novel includes 46 brief chapters, some only a page in length, others spanning several pages. How did you decide on this structure?

Actually, I’ve always tended to write short. Many writers cut as they revise; I have to add. I’m slow and self-critical. I think it was Audre Lorde who said that poetry was an ideal form for women, who don’t have large chunks of time to spend at their desks. My fiction doesn’t exactly meet those criteria, but I write in the early mornings before I go to work. So, I work in short sessions—when I’m half asleep.

You’ve written three nonfiction memoirs, each exploring some aspect of social as well as personal history. In what ways does writing a novel employ some of the same strategies and tools as creative nonfiction?

Storytelling is storytelling, and both fictional and nonfictional storytelling use the same sorts of devices—scene, description, reflection, voice. We tell stories to give life meaning. We impose structure on chaos. We choose a beginning and an end; we elevate some details and discard others; we try to find lessons and useful information. While research may inform the writing, it never explicitly appears in it. Neither a good memoir nor a good novel is simply one thing after another. Both are shaped by the writer’s imagination and consciousness.

Unlike some fiction writers who create an imagined location in which to set their books, you chose Provincetown, an actual place with a storied history. Why? What do you gain by selecting a place to which people will bring their own assumptions and experiences?

To me, Provincetown has always felt romantic. Even before I fell in love there, it seemed a place where one would fall in love. Early on, before I ever visited Provincetown, I read Kate Millet’s memoir Flying. She has an intense affair there and hangs out with her poetic and artistic friends.

I’ve been going to Provincetown since the mid-1970s, and I’ve never tired of the physical beauty of the place—sea and sky always changing color and texture and shape. Oddly, the built environment always seems to change, too: on every walk, I come upon some house or garden I’d never noticed before, even on streets I’ve travelled countless times. And, of course, Provincetown has a long history as a haven for queer people and artists; it welcomes oddballs and eccentrics—a great relief to someone like me, a queer oddball. Sometimes I’ve gone out wearing or doing something I feel self-conscious about, but then I remember, “Are you kidding? It’s Provincetown. No one will notice.”

When the novel opens, Nora, the white narrator, is involved with Janelle, a black woman. Early on, Nora claims, “Our backgrounds were so similar: both of us from the striving middle classes of the boroughs, Brooklyn for me, Queens for her.” Brainy Janelle leaves the computer industry and later becomes an environmental activist, risking jail. Nora returns to her familial roots to teach. I’m interested in how you entwine race and class issues in these characters.

I really, really didn’t want to write about an all-white community—because it’s not realistic, and it’s not the world I live in, or want to live in. I’ve always felt inspired by Alison Bechdel’s Dykes to Watch Out For comics, populated by lesbians of many colors, shapes, ethnicities, and proclivities. I suppose it’s a risk for me, as a white woman, to write about characters of color—but it’s a risk I feel morally and politically obligated to take.

Although interracial relationships are complicated (what relationships aren’t?), Nora and Janelle have a lot in common, which helps them understand one another. When their relationship falls apart, and as they try to reconcile, their racial difference—as well as their differences of personality and interest—becomes more of a factor. Janelle finds empathy in dating another black woman; Nora realizes she may have been oblivious to how race shaped their relationship, although Janelle was always, necessarily, aware of it.

In the character of Miss Ruby, you complicate identity issues. Displaced by tourists and artists, the descendants of the old Portuguese fishing families have difficulty surviving. Yet, Miss Ruby, Portuguese, opens her home to “displaced” Nora. How does displacement figure into the character of the town?

Provincetown is a place of “washashores.” Displaced by the poverty of Portugal and Cape Verde, fishing families established Provincetown’s economy and culture. Jamaicans, similarly displaced, came to Provincetown for summer work and then settled there. LGBTQ people, most from elsewhere, found freedom from violence, harassment, and discrimination in Provincetown. It’s a place for the displaced.

With Miss Ruby, though, I suggest that the various communities were never as separate as they sometimes appear. As Karen Krahulik documents in her book Provincetown: From Pilgrim Landing to Gay Resort, the Portuguese fishing families rented rooms to tourists, gay and straight, as Miss Ruby’s mother does in the book. Some family members, like Miss Ruby herself, are gay. And art-making in Provincetown is not limited to the self-proclaimed artists; everyone does it.

Right now a conflict exists over a new, proposed tourism slogan for the town: “You belong here,” superimposed over an image of the Cape in rainbow colors. Some feel that it speaks to the LGBTQ community but excludes others. But Cheryl Andrews, a member of the town board of selectmen, has said, “[It talks] about creativity, natural resources, the freedom it gives to everyone, whether they come here or live here, to feel safe. I’ve always admired this town for that.”

Did you learn anything from writing The Off Season that you will apply to your next writing project?

I learned to write a novel. When I started writing seriously, in my twenties, I wrote autobiographically—autobiographical fiction and then frank memoirs. In those days, I decided that this preference meant I lacked imagination. I escaped this value judgment by reading Maxine Hong Kingston, whose nonfiction works combine memoir, folktales, poetry, history, imagined characters and incidents, and dreams. One day about five years ago, I was walking home from the Provincetown Stop & Shop with my groceries and I suddenly thought, “I could write a novel.” That sounds kind of random, but the epiphany sustained me through the writing. When I started the novel, I didn’t know what would happen in it—but something always occurred to me, and eventually it all cohered. It felt like magic—but if it’s your imagination that created the problem in the first place, then it’s your imagination, and only that, which can supply the answers.

Do you have any advice for other writers?

What other books is this book in conversation with?

Early stuff: the lesbian novels of the 1970s and 1980s, published by Daughters Press, including Sister Gin, by June Arnold, and Rubyfruit Jungle, by Rita Mae Brown. The novels of Jane Rule. Colette, especially The Vagabond. The diaries and letters of Virginia Woolf—if it’s not too nervy to cite her. All my books concern connections and interconnections among communities—so how could I resist Bloomsbury? Or Alison Bechdel’s Dykes to Watch Out For comics? When I worked at Gay Community News in the early 1980s, we were in love with a book called The Terminal Bar, by Larry Mitchell. Published by a small gay male press, it covered the early years of the AIDS epidemic, and depicted a web of lovers, friends, exes, and political activism that we all recognized.

EM Forster’s novel Maurice—about love between a gay male couple—was published only posthumously, because the men do not suffer for their sexuality. I wanted to publish something joyful while I’m still here.

'Spinning' by Tillie Walden
Tristan Taormino: The Power of Erotica
Kelley Eskridge: the Invention of 'Solitaire'