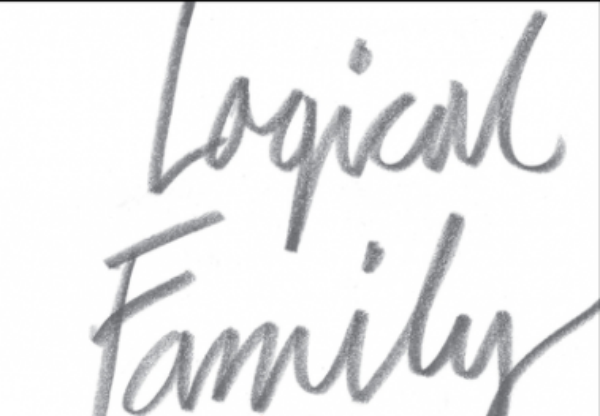 Halfway through Armistead Maupin’s timely and engaging new memoir, Logical Family, we learn that the San Francisco Chronicle has approved Tales of the City as a daily column. About the same time, the author is invited to a gallery opening in Palm Springs. Maupin hesitates because the newspaper has requested six weeks’ worth of Tales columns, and he is short the requisite number of copy. He goes away for the weekend anyway, and vows to take in the “here-ness and now-ness” of it all. The words “here-ness and now-ness” feel so like Maupin, a perfect description of the snapshot quality of Tales of the City, stories that could only take place in San Francisco in the 1980s. While Maupin’s latest book is a memoir and therefore can never be a complete picture of the here and now, his personal stories, especially those about growing up in a racist, segregated South, could not have come out at a more relevant time.

Maupin spends a good deal of Logical Family bringing to life his early years in North Carolina. The son of a lawyer whose 2005 obituary read, “he’d always been sorry he’d been born too late to fight for the Confederacy,” Maupin is forthright about his own embrace of right wing ideologies. His early conservatism, he explains, “found its most strident voice in Student Legislature,” where he “rallied against socialists and peacenicks in the Students for a Democratic Society and the National Student Union.”  In his work, he crosses paths with none other than Jesse Helms and Richard Nixon. When Maupin first arrives in San Francisco, he displays a framed photo of the president shaking hands with him in the Oval Office.

Although Maupin makes no excuses for his early conservatism, he does help us understand it. Having spent many of his young years in and around Raleigh, Maupin was in many ways a product of his time. Some of the most affecting scenes in Logical Family are those in which Maupin remembers his father’s unapologetic bigotry with uneasy clarity.  When Maupin is a teenager, his father orders the whole family to walk out of their church because the minister, Rev. Dansapp, preaches one Sunday for racial equality. While the church “never completely excluded black people from its services,” they were required to sit in the balcony that once served as a slave gallery, and then only on particular occasions, “if they were, say, the beloved family maid of someone getting married or buried.” And black people were never allowed to approach the rail for communion. Dansapp, writes Maupin, decided it was time to change:

…[He] stated as much in his sermon, creeping up on the subject with talk of Christian love for our Negro brothers and sisters. When my father realized what was up, he muttered an order to my mother.

Mummie was as confused as the rest of us and didn’t immediately respond.

“Diana, goddammit! We ain’t listenin’ to this!”

Not all of Maupin’s youthful memories are so painful. He writes affectionately about the women in his life and how they shaped him, including his grandmother, who recognized his homosexuality long before he understood it himself. (“…she knew about me. She knew.”)

He fondly remembers the role his mother played in his “very first effort as a writer” as she helps him craft a letter to Kathy Fiscus, the three-year-old girl who captured the country’s collective attention by falling into a well. (He imagines someone dropping the letter “directly into the well, like a wishful coin consigned to a fountain, before it drifted down through the clammy darkness into the little girl’s outstretched hand.”)

And how lucky we are that Maupin lets us get to know his high school English teacher, Mrs. Peacock, “a tiny dynamo, more hummingbird than peacock,” who heaps praise on writers she considers promising. The list of writers she encourages includes Anne Tyler, Reynolds Price, and Maupin himself. Surely, there must be some sort of literary hall of fame for a teacher like Mrs. Peacock.

While you certainly don’t need to know Maupin’s previous work to appreciate Logical Family, having familiarity with the Tales of the City books does enrich the reading of the memoir, since he does let us in on what inspired some characters and events in the novels. An opening scene of the first Tales comes about because Maupin has heard of a “strange heterosexual mating ritual in the Marina Safeway” and has decided to write a nonfiction piece about it. When none of the single women in the supermarket will acknowledge to a reporter that “she was loitering in the vegetable department in her rhinestone-studded brushed denim pantsuit for the sole purpose of a little male company,” he creates Mary Ann Singleton, one of Maupin’s many iconic characters. (He calls Mrs. Madrigal, arguably the most iconic of all, his “proudest achievement.”)

We learn that the relationship between Michael Tolliver (“a naïve gay man feigning sophistication”) and Mary Ann with (“a slightly more naïve young straight woman”) has its roots in Maupin’s own friendship with a Midwesterner now living in San Francisco, Nancy McDaniel. And sometimes Tales inspires life. Maupin writes movingly about his long friendship with Laura Linney, who played Mary Ann in the filmed version of the series and who named a son after him.

Politically and socially, Maupin’s memoir takes us full circle–or perhaps worse. Although the writer himself is no longer the young man who rallied against socialists and peacenicks, with the election of Donald Trump, much of the country seems eerily like the Maupin’s childhood South. He accurately calls the Trump administration “a new fascist regime in Washington that has left our country more divided than at any time since the Civil War.”

But perhaps in the very telling of his life, Maupin gives us some cause for optimism. He reminds us that we’ve faced the hatred of Anita Bryant, the tragedy of the Harvey Milk assassination, the casual cruelty of the Regan Administration, and, of course, the horror of AIDS. Of confronting your past, Maupin writes that the hardest thing is “the pinch of the overlapping parts, when you are no longer one thing and not quite another.” This soul-searching “makes you squirm to face yourself in transition, foolish and floundering.” Perhaps our hope is that we can one day look back at the United States of today as in transition: not the country we became, but the one we ultimately rejected.

'You Only Live Twice: Sex, Death, and Transition' by Chase Joynt and Mike Hoolboom
‘Phallos’ by Samuel R. Delany
'Sometimes She Lets Me' ed. by Tristan Taormino