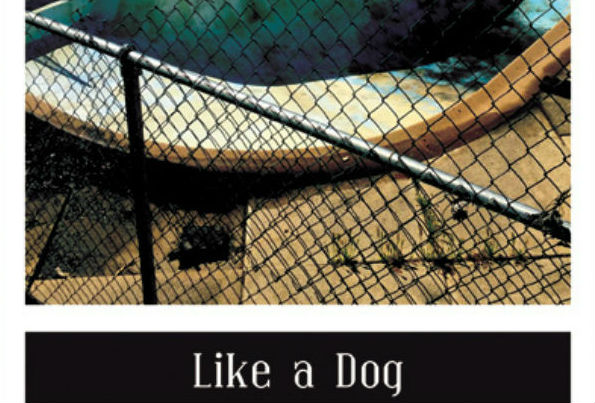 Like A Dog by Tara Jepsen follows Paloma, an aimless 30-something who loves to skate, drink, and practice stand-up comedy bits in her head. She cruises around from San Francisco to Los Angeles in search of beer and a good pool to skate. Her brother, Peter, is a recovering addict who was molested as a child. She spends much of her time thinking about his sobriety, especially after they start working on an illegal weed farm in northern Cali.

At first, Paloma seems somewhat shallow. In the beginning of the book, she goes to a sex club and describes the acts taking place around her as if she were just at a grocery store examining vegetables. But later, as Peter delves back into opiates, her concern and sadness for her brother, as well as for her family, is made very clear.

In one scene, Paloma chases a stray dog around the streets of San Francisco. He keeps edging traffic, getting brushed by cars and buses, but she can’t catch him—he doesn’t want to be caught. Eventually, she gives up. “I can’t help him and I can’t see him get killed,” she says. A fitting metaphor for her relationship with her brother.

Paloma’s estranged relationship with her brother is mirrored in her relationships with others. Truly, this is a book about a woman’s inability to connect with people and the darkness that is seemingly everywhere in the world. Paloma has been deeply hurt in the past and it’s hard for her to see much beauty in life.

To this day, I don’t trust cliques. I don’t trust groups of friends that feel powerful, or that feel like their connection actively excludes others. I’ve had friends from lots of different crews… People are often cruel, and almost all of them want to elect a most popular person and vie for their attention.

Jepsen is a master, racing through the story at top speed. We barely get a chance to catch our breath—we’re right there with Paloma, skating a new pool, drinking with strangers, and getting kicked out of strip clubs. Jepsen is deft with her descriptions, using them to further Paloma’s voice and show us how she views the world.

She also has incredible moments of insight. They come at random times, which is fitting with Paloma’s personality and helps keep them from being cliché. For example, while watching a group at the pool do skate tricks, she suddenly says:

Style is everything. Of course I would be pumped to be able to do crazy shit. But I’m just looking for frontside grinds on pool coping: loud, crunching, hammering noise from my trucks… This is the one great way of shouting into the void. Skating needs to be about letting go of my thoughts, not about obsessing over the particulars of a trick.

On top of everything else that’s good about this book, it’s funny. Really funny. Humor is what drives Paloma, what helps her get through life. It makes her endearing. It helps us understand her.

She’s shaped like a prehistoric man. Even if she eats pepperoni pizza for every meal and drinks only beer she had broad shoulders, thick arms, and these legs that make her look like a Roman athlete for long ago, wavy with muscle. I just want to put a discus in her hand and send her to work.

Through her inner monologue, we see that she really does care, but she feels helpless in her life. The only remedy is to make people laugh, and she does. Truthfully, Paloma is too hard on herself. She adores her brother and does the best she can to take care of her parents. She’s an excellent weed saleswoman. She makes poor choices but deals with the consequences in style. She sees the world in Paloma-colored lenses. It is a harsh view but with moments of incredible beauty:

I’m a dirt clod on the sidewalk fallen from a ripped-up lawn. A small green worm eating geranium leaves. I’m a rusty staple in an ugly shoe. I’m trying to be the person I am meant to be, just a little ahead of schedule.

You are doing great, Paloma. Thank you for sharing your story.

A Poem by Kamden Hilliard
A New Trilogy from Marlon James, the Novel in the Age of Obama, and More LGBT News
'The River in Winter' by Matt Dean