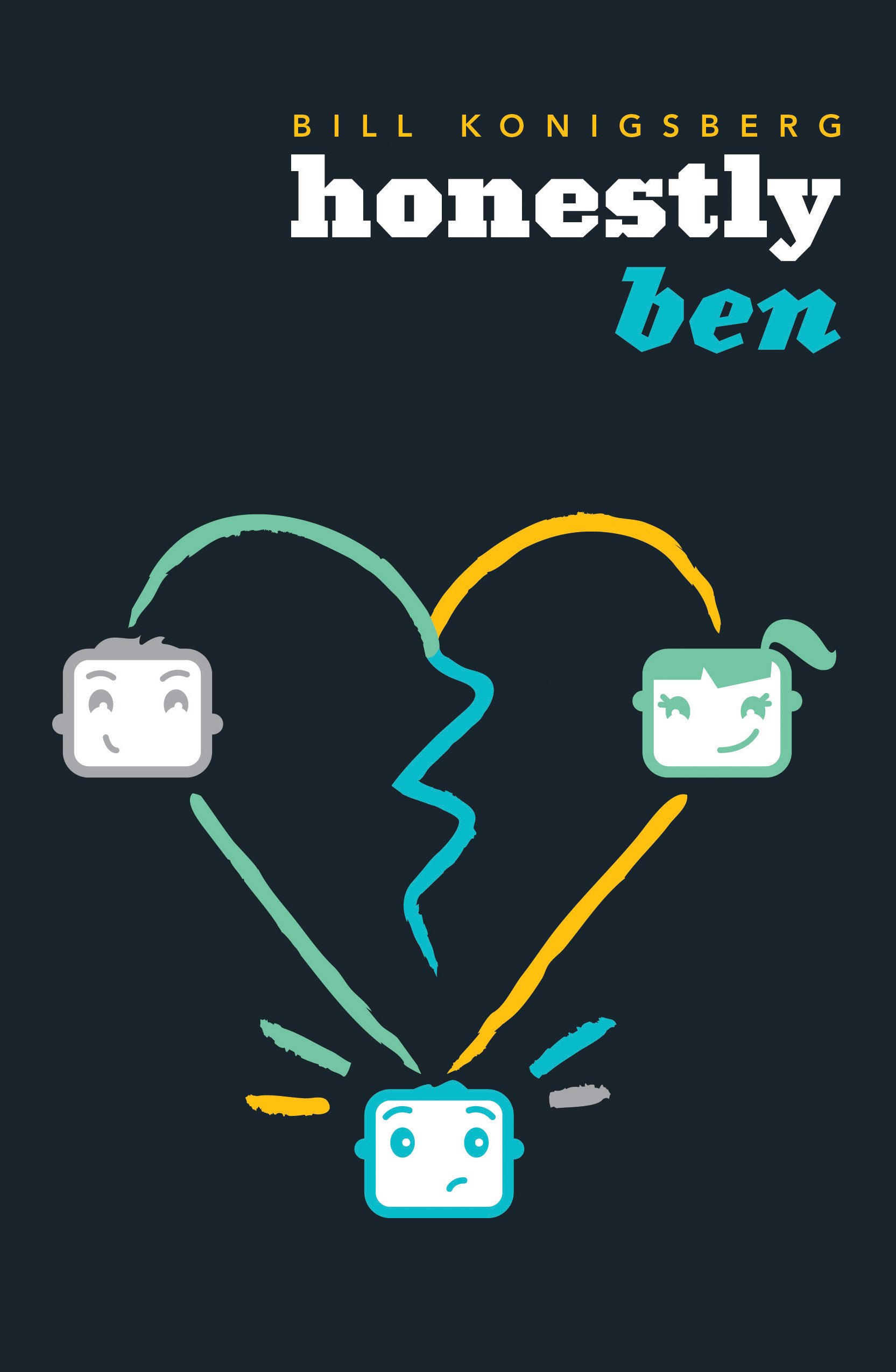 In this sequel to Openly Straight, Bill Konigsberg dives deeper into the emotional lives of the teenagers attending the Natick School, an all-boys’ boarding school in New England. In Openly Straight, Rafe Goldberg began school at Natick by going back in the closet. But when he began a relationship with fellow student Ben, things grew complicated. Ben believes that both boys are discovering and working through their same-sex attractions together. Rafe pretends to share in Ben’s confusion while knowing that he is completely comfortable with his own gay identity. When the truth comes out, Ben feels betrayed by Rafe and dumps him.

In Honestly Ben, Ben takes center stage as he confronts the aftermath of his relationship with Rafe. Ben should be focusing on school; maintaining his scholarships and making his father proud, but he meets Hannah, a girl from Natick’s sister school, and becomes distracted from his school life. Hannah offers him a much-needed respite away from the bro-y world of his school. He enjoys their relationship, but when he realizes that his feelings for Rafe never subsided, he is faced with what feels like an impossible decision between two great people.

Ben’s journey is an intimate one as he begins to examine his life for possibly the first time. In classic coming of age style, Ben begins to question the reasons behind the decisions he makes. He is able to look at his relationship with his father with new eyes and begins to question what he wants for himself out of life.

While Ben never identifies as bisexual, Konigsberg presents one of the most real and honest conversations about questioning your sexuality when you don’t neatly fit into the gay or straight boxes. Ben is given the room to question  what all his feelings mean without losing sight of the other dramas in his life. Openly Straight came out in 2013, four years to the day before Honestly Ben. The world of LGBT teenagers is changing rapidly and that is reflected in Konigsberg’s novels. Toby, a friend of both Rafe and Ben, has been on his own journey. Playing the stereotypically flamboyant gay boy in Openly Straight, Toby beings to delve deeper into his identity, coming out as genderfluid. While his character acts as counterpoint and foil to each of the boys in their own respective books, his growth is beautiful to watch.

While Honestly Ben could be read on its own, I think readers would be missing much of the heart that brings Ben and Rafe together in the first place. My reading experience was significantly deepened by my understanding of their backstory. Both Openly Straight and Honestly Ben portray a complicated relationship to LGBT identity that feels reflective of younger generations and the new world we are facing. They offer hope and realism in the same breathe. Both titles are perfect compliments for each other in tackling the messiness of what it is to be a teenager dealing with more than just pimples.