Dancing to the Beat of My Own Story

Dancing to the Beat of My Own Story 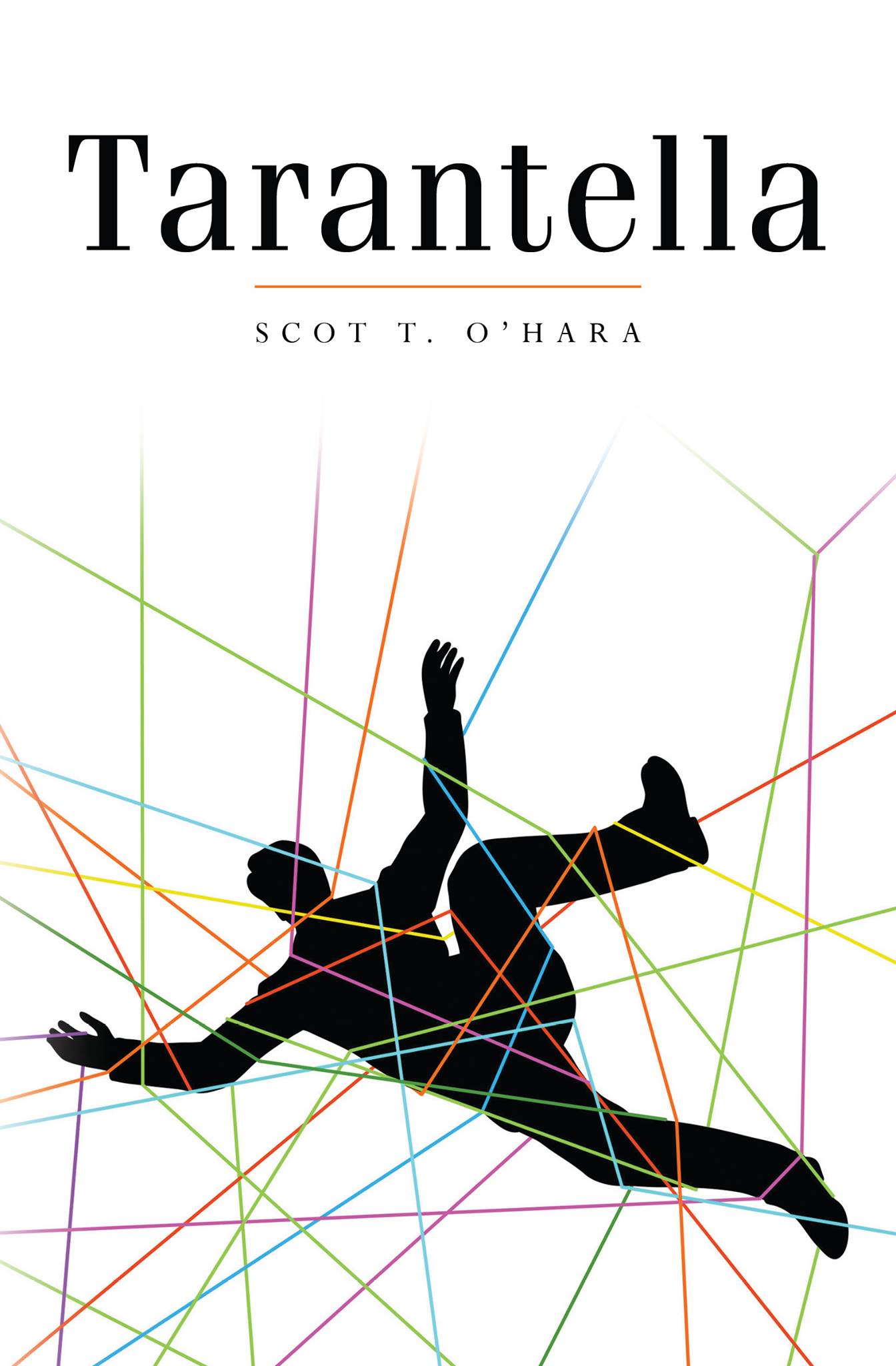 In the folk dance, a traditional tarantella sways in a rapidly increasing tempo, back and forth, and around in small circles. As I worked on my debut novel named for this dance, I sometimes felt I was making no more forward progress than a tarantella dancer: a few tantalizing steps forward, and then back to my starting position again.

The initial scenes for Tarantella came to me in the form of some of the key characters. I was a later-in-life, thirty-something, fiction-writing MFA student. As I created fiction for class, the characters of Ma and Pop and Anthony kept turning up in my work again and again. Over time, I realized these characters were all part of the story I wanted–perhaps needed–to tell.

As I began working in earnest, the initial telling hewed close to my own life story. Like me, Anthony was the middle son of three, with four sisters, an Irish father, and a Sicilian mother. The setting moved from Upstate New York to Merritt Island, Florida, to Chicago: all the places I had lived.

I created scenes and my book began to take shape. As it did, I shared scenes with my writers group and with my MFA peers, who pressed me to push further. The suggested Anthony should respond more vigorously to various comments and actions by Pop or Ma. I resisted. After all, that wasn’t what really happened. As a writer, I had an obligation to tell truths and not “lies,” right?

I completed my MFA classroom work at the same time my position expanded at my day job, forcing me to set my book aside for a time. When I picked it back up, I reread what I had written so far and pondered my next steps. I had no idea where my characters were taking me, or how the book would end.

After mulling it over for a long time, I awoke one morning with a revelation: I needed to shake things up and make some big changes. First, I needed to decide what story I was trying to tell with my book. How could I continue to write without knowing where I was going? I was an explorer who didn’t know what he was exploring. I needed to identify my literary theme and the purpose of my story.

To my surprise, as I contemplated my work, I realized my book was not a gay, coming-out story–it was really an exploration of the meaning and purpose of family. What do family members “owe” to one another? How should they treat each other? How do families interact, and how do those interactions reverberate for the rest of our lives? And, how about “chosen” family–what role does that play in this mix? I also wanted to touch on place, and how the setting of our lives plays a strong role in shaping and making us who were are. Finally, how does sexuality play into these sensitive relationships?

With this awareness, I looked at my story with new eyes. I realized I had to let go of “what really happened” to enable me to tell the truth. By sticking with the facts, ironically, my story didn’t feel authentic. As the author, I needed to command and shape my story, to use the scenes in my book to discover the truths that were hiding there, and ensure I was true to the characters in my story – not to the real-life people they were loosely modeled on, or what had actually occurred in my life.

What freedom! I was released from telling my life to writing a story. I realized I didn’t need to include all the siblings I had grown up with. I only needed the characters essential to telling this story. So, the seven siblings were whittled down to just three. The mother and father characters remained, but they became Ma and Pop (not Mom and Dad, as they had been named until then, the same words I used for my own parents). Just that little change made an enormous difference in how I saw my characters. Similarly, the grandmother became Doughna Mira, and a “Stephen” character emerged. I reworked the scenes to ensure they were always pushing the action forward, and that they were true to THIS story and the overall theme and purpose of the book. If not, no matter how well crafted I thought a scene was, I cut it from the story. Perhaps I would use it in another book, but it simply did not belong in this one.

Then, I realized that my chronological telling was impeding my ability to reveal my characters and how they were shaped by time, place, and those around them. I needed time to be more fluid – to move back and forth freely to allow the reverberations and long-term results of certain scenes to be revealed and understood, all the while moving the storyline forward to a larger and more over-arching purpose. So, after about three rewrites of my original story, I created a set of index cards, with each card listing a single scene from the book. I moved the scenes around to put them where they made the best sense and would have the most impact. I felt like I had all the puzzle pieces in front of me, but I hadn’t assembled the correctly, until now.

To my surprise, putting the scenes in the correct sequence helped me finally see how the book would end … and begin. This, again, changed my take on the overall story, and on a key character’s pivotal role in the story, which, in turn, changed my perception of everything in the book!

Now that I had finished my restructuring, I did another complete rewrite, following my new roadmap. This turned up some obvious gaps, places where I needed to create a new scene to bridge existing stories, or to provide insight into the significance of a scene. I also found places where I could echo back to an earlier scene and foreshadow a coming event.

I was feeling much better about the story I was telling, liberated to tell the story the way it truly needed to be told, without worrying about the reaction of real-life family members. My book had transitioned into a novel and was no longer the story of MY family.

Yet, something still wasn’t quite right. The story felt somehow distant despite all the changes I had made. I despaired of finding the solution until, once again, I awoke one morning with the realization that my story needed to be a first-person telling. The book needed to be told from Anthony’s authentic voice. In all my previous tellings, I had worked in the omniscient third person – probably because that gave me the distance when I first began writing. But now, this was Anthony’s story, and Anthony wasn’t me. To do Anthony justice, then, I needed the story to be in his voice. Reluctantly, I realized, I needed to complete yet another rewrite.

What a difference it made! The change to first person impacted nearly every page and every scene, but in almost every case, the book was stronger for the change. My editor and writers group peers responded most favorably. I felt like I had finally found the secret sauce for telling my story in my own way.

I started to believe I was nearly done. Wrong! Another change at work forced me to set aside my writing time again – this time for several years. It was the unexpected death of a friend from my writers group that brought me back to my book. Judy had died with her own book largely complete, but still unpublished – like my own. I was jarred into action. It was time to finish my book and finally let Anthony and his family go.

I picked up my draft to reread and edit it again. Dishearteningly, I found myself still making changes to nearly every paragraph, including wholesale cuts to pages of text and notations about new content that was needed. I was unhappy with the beginning and the end of the book…and some of the stuff in between, too.

Another rewrite. This time, I focused on making the story flow better from scene-to-scene, and from chapter-to-chapter. I added chapter labels with a time and place to better establish each scene for the reader and ensure they didn’t get lost in the time transitions. I reworked the opening scene, and realized anew, how it connected to the end of the book, and how the end of the story needed to pull the threads from previous scenes and chapters together to give Anthony–and readers–closure and meaning, yet not tie everything into a neat bow. That wasn’t Anthony’s story. Anthony was dancing a tarantella, after all, where past is present and future, and it all repeats.

My experience in writing my debut novel was a little like a tarantella, too. I had danced all around my story for a long time. Creating and recreating practically every scene in the book. But, in the end, I and the characters in my book, actually had made forward progress, after all.

‘Pages for Her’ by Sylvia Brownrigg
Benjamin S. Grossberg, "The Space Traveler's Husband"
'If You Knew Then What I Know Now' by Ryan Van Meter