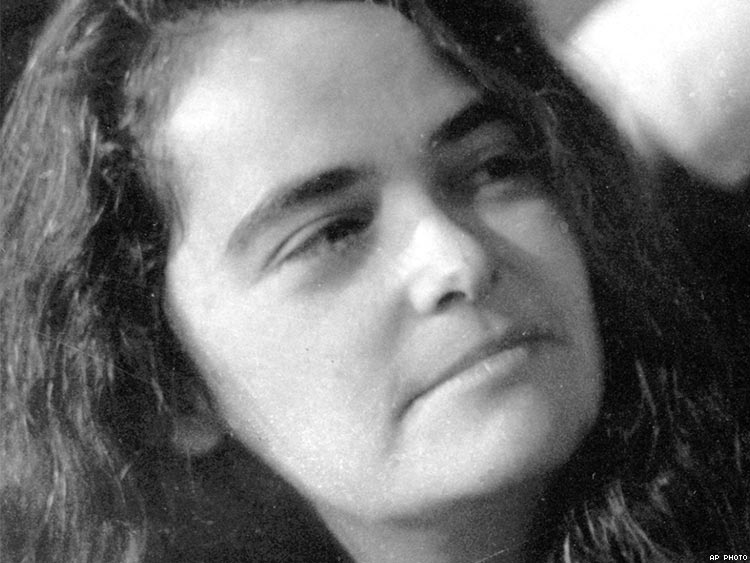 The Advocate is reporting that feminist author and cultural critic Kate Millett has died. Millett, 82, died on Sept 6–the details surrounding her death have yet to be released.

Millett, an author, filmmaker, and sculptor, established her voice in second-wave feminism in 1970 with her groundbreaking book Sexual Politics. The book examined the subjugation of women in canonized art and literature. With a critical eye, Millett analyzed the work of noted authors D. H. Lawrence, Henry Miller, Norman Mailer, and Jean Genet. In addition, Millet authored over a dozen books that examined a spectrum of topics–including everything from mental health reform to her own personal and sexual relationships.

Kate Millett, the prominent feminist writer who’s 1970 doctoral thesis, Sexual Politics, launched her from a Columbia student to a second-wave revolutionary, died on Wednesday at the age of 82.

Millett’s book was considered a more queer-friendly alternative to Betty Friedan’s The Feminine Mystique, which maliciously labeled lesbians as the “lavender menace.” In a movement spearheaded by Millet, queer feminists reclaimed the term “lavender menace,” and Millett eventually came out as a lesbian herself. Her book questioned the origins of patriarchy, claiming they were political and cultural, and asserted that sexual revolution relied on breaking down the traditional heteronormative family.

Millett was born in Minnesota in 1934. Her father, an alcoholic, abandoned her family when she was 14, leaving her mother and two sisters in poverty. A wealthy aunt paid for her education, leading her to study comparative literature at Columbia University and to teach at Barnard College, Bryn Mawr College, and the University of California, Berkeley.

The writer, whose work many consider a milestone in the fight for legal abortion, gender equality in the workplace, and sexual freedom, sought not to be a spokesperson for the feminist movement. “Better to operate on an even keel like Friedan and Gloria [Steinem] and the others,” she later reflected. “All far better politicians. But I am not a politician. Not ‘Kate Millett of Women’s Lib’ either.”

Upon the publication of her dissertation, Millett achieved instant fame and, compared with her formerly dire straits, a modest fortune of $30,000. The majority of this she spent to buy property in Poughkeepsie, N.Y., establishing the Women’s Art Colony Farm for writers and visual artists.

Whether she liked it or not — and for Millett, this seems to be forever an ambivalent question — she became an overnight celebrity, lauded as the movement’s perfect figurehead. She was brilliant, articulate, attractive, passionate in her activism, generous with her time and surprisingly gracious in interviews. The media swallowed her whole and spit out a simplified spokeswoman for the masses. Millett was hardly prepared. “I’m slammed with an identity that can no longer say a word; mute with responsibility,” she wrote in “Flying.” “Will this object in my hands, offspring already so remote, become a monster?” Time magazine hailed her as “the Mao Tse-tung of Women’s Liberation.” But Millett didn’t want to be a leader; it’s against the spirit of the movement, she said, and mimics the patriarchy’s repressive hierarchy. “Microphones shoved into my mouth … ‘What is the future of the woman’s movement?’” she wrote. “How in the hell do I know — I don’t run it … The whole thing is sordid, embarrassing, a fraud.” Every campus in the country seemed to want her to speak, which she did, often grudgingly. “I would like to slap their smug little faces,” Millett wrote, “and tell them I’m vomiting with terror … why have you made me a curiosity?”

In 2012, Millett was the recipient of the Pioneer Award at the 24th Annual Lambda Literary Award Ceremony. During her acceptance speech, Millett charmed the audience with her insistence that she was “a farmer, really,” and shared her hope that the Millett Center for the Arts, the arts colony for women she’s established in LaGrange, NY, will be her legacy.

Photo via The Advocate.