Poets Respond to the Rescission of DACA

Poets Respond to the Rescission of DACA 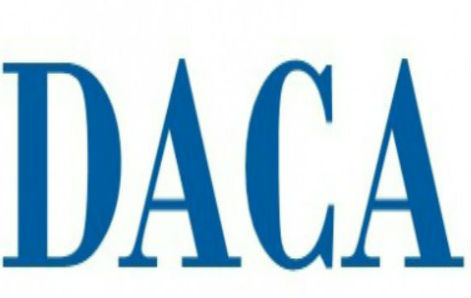 This week, President Trump decided to rescind the Deferred Action for Childhood Arrivals (DACA) program, a program that allows about 800,000 young immigrants, who are residing in the United States without visas, to live and work in the country–free from the fear of deportation.

For the Poetry Foundation’s Harriet blog, poet and Nepantla editor Christopher Soto reached out to a number of poets to hear their thoughts on President Trump’s proposed repeal of DACA.

In response to this announcement about the proposed repeal of DACA, I have asked my friends, all of whom are poets, all of whom have different relationships to migration and citizenship, to respond to three questions. I asked my friends: what is the point of DACA? What does it mean to be an immigrant? What do you want the government or public to know at this moment in history?

I write because queer immigrant experiences matter, because I am a tired, queer immigrant/permanent resident, because I have been tired for a long time—fed up with the exploitative labor, the racist fear-mongering, the depiction of immigrants as lesser and, therefore, deserving of the least. I support DACA and every effort towards justice for exhausted and marginalized immigrant communities.

With or without DACA, these 800,000 young people would have ultimately been pressed into becoming extraordinary to be eligible to apply for a green card. The USCIS website cites Pulitzer Prize and Oscar winners as examples of such candidates. Failing this, an undocumented immigrant is often pressed into marriage with a U.S. citizen instead. In 2003, I married a man who did not beat me, did not rape me, did not threaten to withdraw my green card application if I dared contact the police. There are countless undocumented women who are not lucky. Fifteen years ago, the black market rate in New York was: If you were an undocumented man, you could pay $30,000 to marry a citizen. If you were an undocumented woman, you could pay only $3,000, but you might pay with your life, too. It’s true DACA offered no path of its own to citizenship. It offered reprieve only to the most select group of immigrants who arrived before they were 16, yet were under 31 in 2012. It excluded their parents, the older, the younger, and anyone who couldn’t finish high school. But it was the scant beginning of something else; of demonstrating to some undocumented they need not be transformed.

You can read all the assorted responses here.