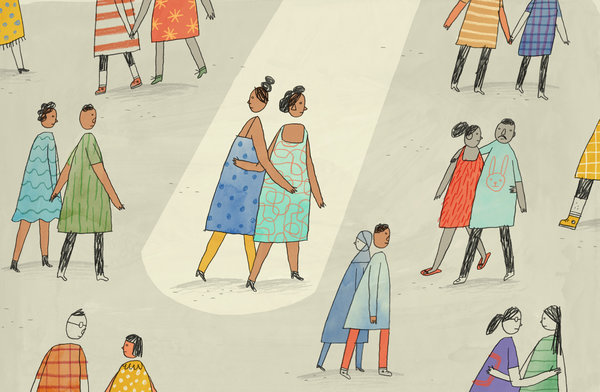 While a white lesbian couple could walk holding hands or even tongue kiss in the middle of the street, lesbians of color, particularly black lesbians, have a hard time doing the same. I felt outraged when this became more apparent to me, as an open femme, who can pass as straight — the ultimate trigger for men who have a hard time accepting that women like us are out of reach.

Who is the author that has inspired Martin Scorsese and Todd Haynes to make family films? Gay author Brian Selznick seems to be getting Hollywood excited again.

I have spent 30 years of my life mentoring people, and to me, when you’re angry, it’s because you want justice. I think anger is very valid as an impetus to write. We do not yet have a cultural model of women as prodigal daughters, but to be a prodigal son is a very romantic mythology… We have a lot of angry young men, and we see that that anger is coming from love for wanting the world to be better, and we embrace that.

Geek OUT celebrated its third FlameCon this year! The convention was not without its controversies. On a panel about the comic anthology Love is Love took a turn when an audience member asked about the lack of diversity within the contributors to the anthology. A video from the panel can be found here.

Author Alice Anderson sat down with The Rumpus and discussed tarot cards, Hurricane Katrina, and mythologies of motherhood.

Tillie Walden’s Spinning has been receiving a lot of buzz. Check out AV Club‘s excerpt here. 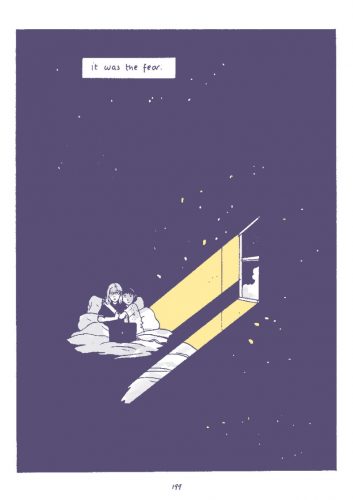 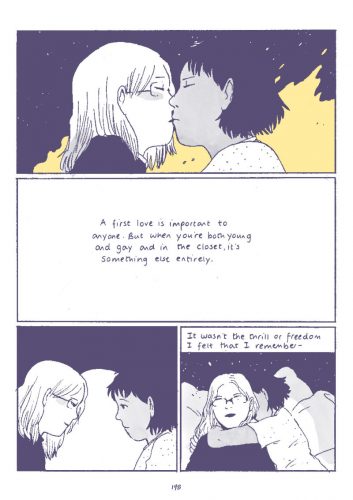 QueerReader sat down with Patrick Ryan to discuss his latest collection , The Dream Lives of Astronauts, and the craft of writing.

I approach characters slowly, and try to make my rendering of them as much of a collaboration between me and them as possible. I put them on the page and have them do something, and then I step back and observe them for a while. And by “observe,” I just mean that I try to get inside their heads and get a sense of what it’s like to be them. No one is entirely good, entirely bad, entirely sane, entirely crazy, etc. Someone doing something mean is quite possibly not very proud of it in the moment. Someone doing something nice is quite possibly feeling resentful of having to be nice. Characters need to be just as complex as real people.

For LitHub, Nick Ripatrazone wrote about the interactions between social media and publication. He asks the age old question: If a tree falls in a forest and nobody tweets about it, does it even exist?

Writer Ariel Levy has added a moving postscript to her New Yorker profile on “the grande dame” of LGBTQ rights Edith Windsor.

'Magic for Liars' by Sarah Gailey
Personal Advice from Lucy Jane Bledsoe: Help! How do You Tell Someone They are Bad in Bed?
Jess Arndt on Writing Honestly