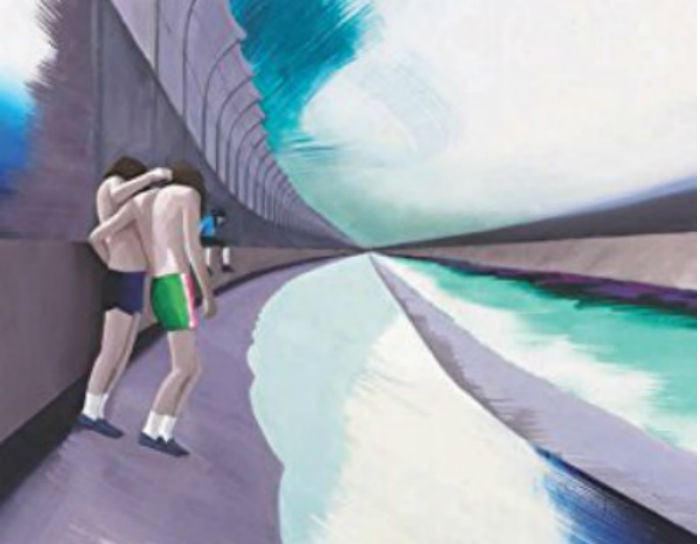 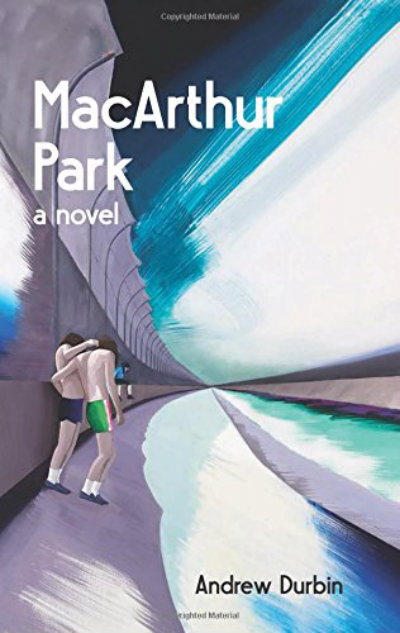 “What do you do?” a party-goer asks Nick. “Nearly everyone I knew asked everyone they didn’t know, ‘What do you do?’ This is one way to account for the days, by what you do, and everyone seemed to want to know what I did… The truth was not much.” In MacArthur Park, a contracting network of Nick’s lovers and acquaintances are obsessed with this cynical query used by a faux-interested New York milieu. The question permeates Andrew Durbin’s debut novel. Will knowing what it is you do ground you enough to physically stay in New York City? “I didn’t understand New York, nor had I understood any place that I’d lived in,” Nick says. “Wherever it is, a city occludes itself in order to continue its propulsion forward, to widen and contract its social spheres, which overlap in communities and places…all tumbling in a cluttered revolution of the stuff of the city.”

MacArthur Park, whose title is, yes, borrowed from the Donna Summer classic, contains characters aware of the fact that New York is a modus operandi, one that keeps them interested but kind of miserable. They dissociate and blame their city for their emotional unavailability and career shortcomings.

Nick dates Simon, whom he won’t call his boyfriend, “mostly because I refused to allow my feelings to cohere for him into some notional, if provisional love.” Like his love life, Nick is a nonchalant narrator. Whether in Los Angeles, London, or a Hudson Valley artist’s colony, he is aware of everyone yet interested in no one, or vice versa. If anyone asks what he does, he says he’s writing a novel about the weather. “It’s like an essay that looks like a book,” he says. Like most developing writers, Nick fumbles to claim the medium as his own. Writing debut fiction about a writer struggling with authority over the form is not an easy task, and Nick’s insecurities occasionally seem be Durbin’s own. Durbin writes with an intelligent, chatty authority, but anxious ticks underscore several moments. Colloquial repetition, “You’re just the, the sweetest,” fail to carry resonance and trip up the reading, and the general theme of trying to subvert one’s own reality into fiction’s pockets tends to force Durbin to overextend and explain his metaphors. That said, Durbin expertly finds his footing midway through the book and the novel takes the shape of intricate fiction; one that deals with art, interiority and the passage of time. He is a skilled and astute writer; he just has cold feet like a lot of us.

In pages that sit atop the novel’s four main parts, MacArthur Park opens with a meditation on fleeing the city in the aftermath of Hurricane Sandy. This preface functions primarily as an essay on the weather and is a smart introduction to Durbin’s style. A sentence will cruise across several lines following trains of thought that are expansive yet controlled. The prose is unreserved, much like his poetry established in 2014’s Mature Themes.

The novel is unconventional on a page-by-page basis. There are block quotes, there are index-style lists, and story lines seem to jump on top of one another. Information–fact or fiction–arrives spontaneously. There is the history of Californian cults, and biographies on a couple of artists, serving not such much to move a plot point, but to provide well-researched and compelling asides. “My book had a shape, an arc,” Nick ponders, “though I was still incapable of describing what that arc plotted or argued for. As a collection of texts, it moved between poetry and fiction, between Los Angeles and New York. The book struggled, self-consciously, with narrative.”

In an interview with BOMB Magazine, Durbin stated, “The cliché of Los Angeles is that it’s only façade, nothing behind it, but that’s probably true of every place to a certain extent. That’s what I feel, at least, about the places I go, including New York. I prefer the surface.” MacArthur Park is rich in settings (the Madonna Inn, Hampstead Heath, New York gay bars) and conversely operates militantly on the surface. Durbin doesn’t go through the done-before struggle of finding a fresh way to describe a breeze or what sunlight looks like leaking in through shabby curtains. In his book it snows, it is hot, it rains, and people sweat. Nick’s experiences are topical and Durbin is an inquisitively topical writer who cross-pollinates through the first person with a perceptive, svelte ease, making human affectation an aesthetic rather than a symptom.

The novel finishes unresolved. The plot of MacArthur Park is never concrete, but the narrator’s globetrotting and interior monologue act as jet-fuel for Durbin’s interest and skill in turning life into art. Durbin is a writer who is adept in dealing with the contemporary exchange between reader and novel, writer and craft. As Nick states, “The issue at hand was my own inarticulate desire to know a place I didn’t live in, the intimacy I wanted to produce out of visiting it, specifically in writing.” MacArthur Park, is an ecstatic debut from a curious writer. Once a few corners of Durbin’s prose are solidified, his sublime aspirations for fiction are ones that will be of larger intrigue outside the New York bubble that is probed in this thought-provoking novel.

'The Rest of It: Hustlers, Cocaine, Depression, and Then Some, 1976-1988' by Martin Duberman
'The First Risk' by Charles Jensen
‘Belle City’ by Penny Mickelbury

Chris Stewart is the Managing Editor at GAYLETTER