Eileen Myles on Writing a Memoir and Blending Fact and Memory

Eileen Myles on Writing a Memoir and Blending Fact and Memory 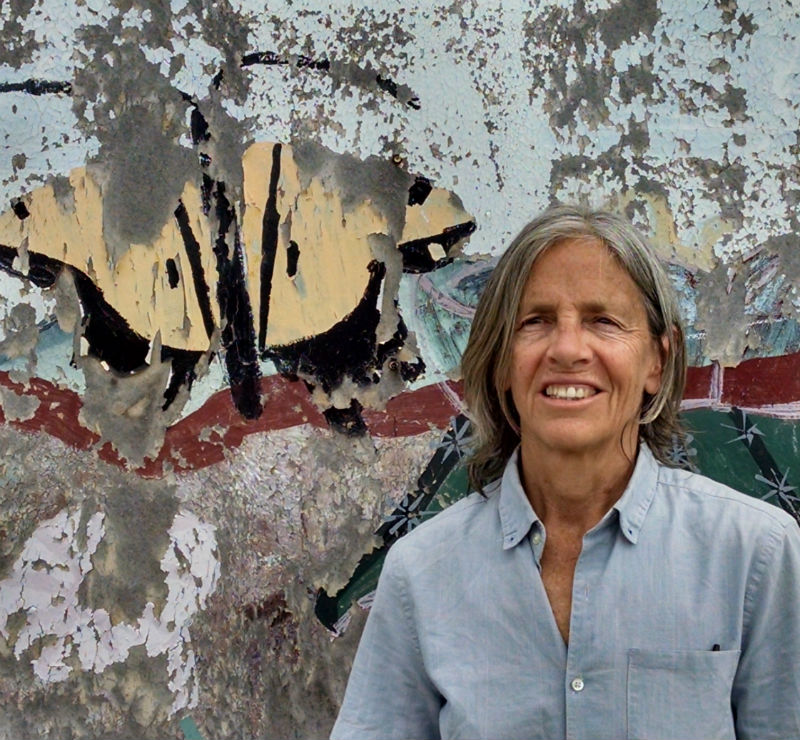 On an ordinary day in 1999, Eileen Myles opens the mail to find a cease-and-desist letter charging the renowned novelist and poet with “crimes against dog kind.” The writer of this letter turns out to be none other than Myles’ own beloved pit bull, Rosie. So begins Myles newest book, Afterglow, a memoir about Rosie’s role in the author’s life and work, and Myles’ grief at Rosie’s death.

Yet as its first scene makes clear, Afterglow stretches the boundaries of memoir, blending fact and fable. Raucous and elegiac, hilarious and heartbreaking, the book explores not only Myles’ relationship with Rosie, but family and trauma; politics (including Myles’ 1991-2 presidential campaign); memory; and poetry.

Lambda Literary spoke with Myles about writing Rosie, forays into memoir, life in California, and how dogs help us construct our lives.

Afterglow is the first of your books to be called a memoir, but it really pushes the boundaries of that category. Were you thinking about “memoir” as you wrote the book? Did that shape the writing of it?

Yes, probably. I started consciously writing the book when Rosie was dying and I knew it was a true story and it had none of the usual conflicts I have about memoir–chiefly that it is sentimental and values one’s memory in a corny way. I did feel sentimental about Rosie and did cherish her memory. To attach those feelings to my own life and existence really offends my aesthetic and sensibility, but not so here. I could go for it and call it memoir. And then of course have fun with the form and its burden of truth.

A lot of the book is narrated by Rosie the pit bull. What was it like to inhabit her voice? To think about your relationship from her perspective? Was it different from—as Rosie puts it—writing “Eileen-based fictions?”

I didn’t take on inhabiting her voice until the puppet chapter or until really late like in the dog’s journey chapter which she wrote. But clearly Rosie intruded on the narrative earlier and asserted her ownership of it which was fair. It is after all, our book. I always tried to think about our relationship from her perspective–while she lived. And yes, it was different. It was extremely liberating to be writing a book that ultimately was not Eileen. I want to go further in the future

In an interview with Oscar the puppet, Rosie says, “I wrote virtually every poem by Eileen Myles from 1990 to 2006 and she wrote nothing nothing in the intervening months, no years.” Could you talk a little about dog ghostwriting?

Well, there’s a sincere piece which is that once you get a dog and truly live with them they re-center your work and if writing is an act of consciousness, dog writing is another consciousness writing. I was already different, a cyborg if you will once I was writing with or as a dog. But I’m having fun with the term. Lots of people are really being written by other people, most rock stars and celebrities do not write their own very popular books. It really turned me on to think that I was doing that for a dog. It tickled me majorly. So much of my writing is self-amusement. I’m writing what makes me laugh.

Your work usually gets associated with New York, but much of Afterglow takes place in San Diego. How did living in California impact your work and your relationship to Rosie, especially at the end of her life?

It was wider, slower, a different space to be writing in.

And yes, to [to be close to Rosie as she was dying] was to be in another space entirely. I had experienced death quite early in my life, but I was a kid and not a writer so Rosie’s death allowed me in. 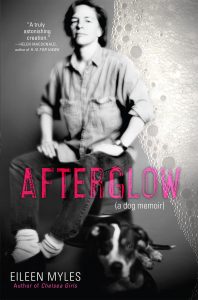 Afterglow is partly about how dogs help us construct a picture of our lives. In the book, Rosie is not only a dog, but a reincarnation of your father. Can you talk about the intersection of those two relationships in your life?

She enabled me to become more human; I think by witnessing her dying and taking it in. And to think a canine gave me that. We maybe learn to be who we are through another. It makes sense.

Are you working on anything new?

I am writing poems. I have a secret book or two going on and I just wrote the first draft of a screenplay for Chelsea Girls.

What are you reading right now?

This interview has been edited and condensed.

The Impossible, the Implausible, and the Real: A Conversation with Ryka Aoki and A.J. Bryce of Trans...
'Ninety Days' by Bill Clegg
Michelle Cliff: The Historical Re-Visionary