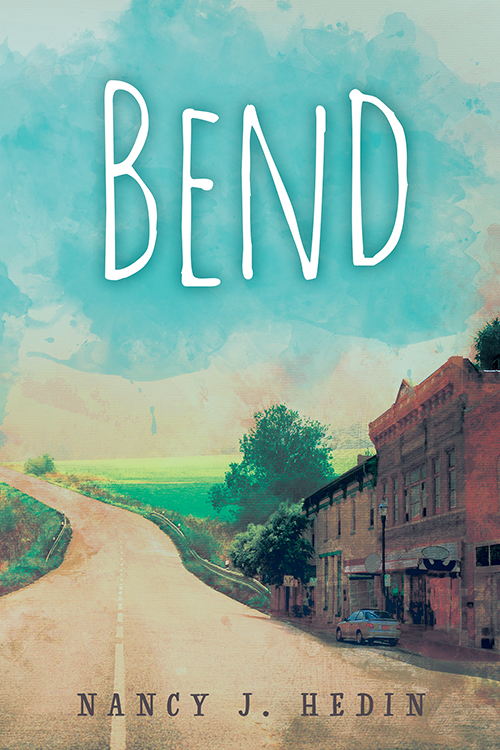 Coming out stories remain a popular genre among the LGBTQ community. We have strong memories about our individual experiences, complete with family and community conflict arising from our emerging queerness. Not only that, but the coming out experience of folks from conservative religious rural communities seems to transcend generational differences. These reasons, along with what I will share in this review, will make the new lesbian novel Bend a classic.

Author Nancy Hedin wrote Bend as a semi-autobiographical novel. The small town of Bend is based on her hometown of Swanville, Minnesota. For those unfamiliar with Swanville, it is a farming town of 350 people, almost 50 miles away from St. Cloud, the largest population center in central Minnesota. Imagine growing up in that environment with no cable television, no Internet access, and no cell phone or smart phone. Such was life for Hedin, as well as Lorraine, the heroine and narrator of her novel. Tomboy Lorraine loves animals and girls—both of which pose lots of problems for her. She has no idea why her parents will not allow her to work full time with “Twitch,” the town vet, and she also has no idea why she kissed Pastor Grind’s daughter Jolene. The story begins on a summer day, with Lorraine in fear for her future as her prim, proper twin sister Becky warns her that Pastor Grind is on his way over to talk to their parents. “It has to be about you, Lorraine,” Becky taunts her. To make matters worse, both sisters are competing for the prestigious McGruber scholarship, based on academic excellence and the upholding of high moral standards. Pastor Grind’s visit is the first of many “wake up moments” for Lorraine over the course of this story. As she comes to terms with her lesbian identity and her family learns to accept it, Lorraine uncovers multiple family secrets. In the process, her love for her family grows, and she questions whether she should stay in Bend or go off to college in far-off urban St. Paul.

In this small world of Bend, unconnected to the outside world, Lorraine thinks she is the only lesbian in town until she encounters a strange young woman in the library. I will say nothing more about the romantic relationship that develops between the two young women over the course of the novel, where Hedin includes some of the best written scenes of lesbian erotic intimacy that I have ever read—it is an art to write arousing sex scenes that are still appropriate for a novel that could be shelved in the young adult section—but I will give a shout out to libraries right here. It is the library in this small town, and the librarian, who provide an initial safe space for Lorraine to consider her future after high school, to apply for college, and to meet another lesbian close to her age with whom she could talk about her experience. For so many LGBT youth to this day, it is the public library that provides those initial support resources. Lorraine, being a reader and an active student, knows the library well. Lorraine’s father also sends her to the library quite often, as he leaves her notes about different animals which she must research in order to help her navigate the multiple challenges that she faces as the family deals with prim, proper Becky’s spiral of problems, as Lorraine struggles with maintaining her relationship with Chastity, and as bigger family secrets rear their ugly head. Hedin ends the novel on a bittersweet note, but the lesbian storyline ends in sweetness.

Unlike many LGBTQ writers who leave their small towns for new horizons, Hedin loves the land on which she was born and raised. She has passed on this love of small town Minnesota to Lorraine, whose love for the country is combined with the strong love she has for her family. Readers will empathize with Lorraine’s family and neighbors, and may even question their biases toward people from religious conservative communities. Fortunately for Lorraine, no one kicked her out, threatened to deprogram her, or completely shun her from the community, which remains the reality for a significant percentage of LGBTQ youth. Hedin herself only came out at age 25, after her time in Bible college. During a reading of her book in St. Cloud, Hedin confessed that her time in Bible college would have killed her if not for her strong belief at the time that God loved her and had a plan for her, which she confirmed through daily reading of a Bible passage which stated such. Today, Hedin affirms that she has lived a good, full life. She has been married to her partner for nearly 30 years, had children, and has had multiple jobs before becoming a full time mental health counselor and writer. Read Bend carefully, for it provides a formula for what a queer kid needs to build resilience and adapt to new experiences and environments.

'Crime Against Nature' by Minnie Bruce Pratt
GunnShots: Summer 2011
'Confessions of the Fox' by Jordy Rosenberg