Adam McOmber on Astonishment and the Queer Imagination

Adam McOmber on Astonishment and the Queer Imagination 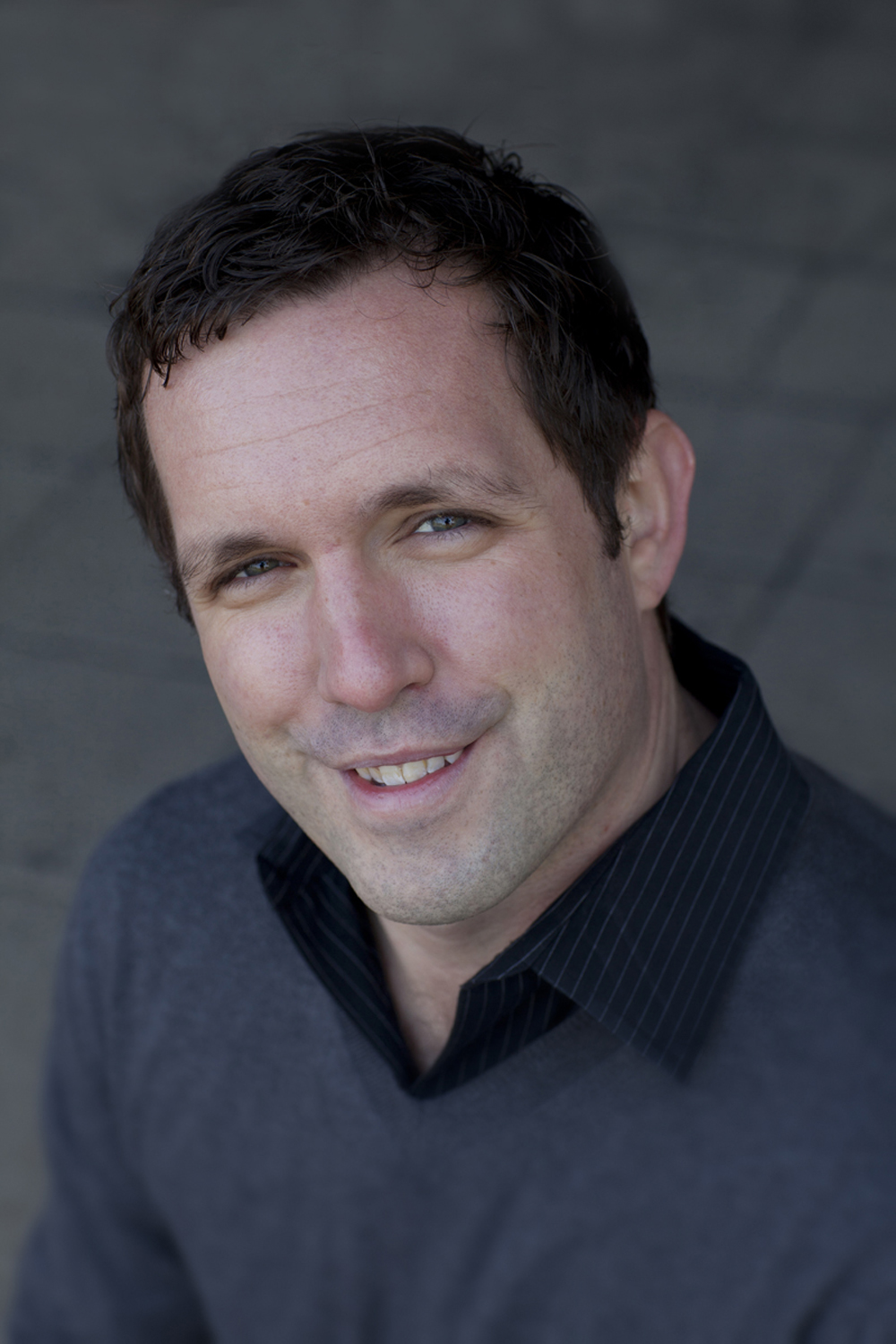 If Adam McOmber didn’t make it clear enough in his first two books of fiction that his imagination knows no bounds, his new collection My House Gathers Desires (BOA Editions) is fresh and certain evidence. His pantry of interests is on full display, is in full play, as he navigates gender and sexuality through the lens of dark dreams, science fiction, medical quackery, and fairy tales. The reader travels from a dark lake in the opening story to a collaboration of voices in the final story who dare us not to imagine sitting around a campfire to hear daring new possibilities of queer story telling. I spoke with Adam McOmber about his work and this collection on the eve of its publication.

I want to talk with you about the new collection My House Gathers Desires, but first some word association, please.

The self as other.

Well, I’m from Ohio. My father is a farmer.

New. Or in a state of perpetual renewal.

My House Gathers Desires is your third book. This time around, your imagination seems absolutely unleashed. What propelled you into these dark and fantastic territories?

This new collection of short stories is guided by eros. The book focuses on the exploration of desire. And there are all kinds of feelings mixed up in desire, especially queer desire (though maybe all desire is queer to some extent). I tried to paint those complicated feelings on the page, using ecstatic images. I’ve gotten better at allowing an image to overtake me, allowing myself to experience the image fully and then translating that into writing.

How did you get to this more free and fierce place? I’m thinking about your innovation and intervention regarding Sodom and Gomorrah…

I think several things happened. I intentionally unlearned most of what I thought I knew about story writing. I’d been working on a novel that wasn’t exactly coming together, and I’d completely burned myself out, considering issues of “plot.” I’ve never really understood what that word means, and I’ve started to believe it doesn’t actually matter for the type of writing I want to do. There’s that old creative writing adage used to describe plot. “The king died, and then the queen died of grief. That’s a plot.” Something like that. I realized I don’t really care about the queen’s death or how she felt about the king. I care much more about what kind of bed the queen died on. Was the headboard carved with horrible creatures that stared at her while she died? That’s what I want to write about. I could write a whole story just about that.

So I told myself that I could take a break from novel writing and do whatever I wanted in the form of short stories. They could be of any length, and they could come at their topics from strange, unexpected angles. The stranger, the better, in fact. The story you mention, “Sodom and Gomorrah,” is a kind of protest. I often write about things that make me angry.  I wanted to explode the Biblical story from the inside. There’s a line at the end of the story that people seem to respond to: “There are no gods, and if there are, my friends, believe me:  they do not matter.” That sums up how I feel about story writing too. The gods don’t matter anymore.

That makes me think of H.P. Lovecraft. What is your understanding of his use of the term “cosmicism”? 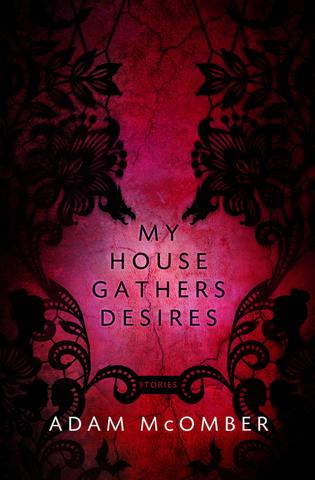 Lovecraft’s philosophy of cosmicism says that human beings are insignificant when compared to the vastness of the cosmos. If the scrim that we call reality is drawn back, even the slightest bit, we recognize our insignificance and that recognition shatters consciousness. Cosmicism also tells us there is no God in the traditional sense, no supernatural creator who imbues humanity with importance.

I think many of the stories in My House Gathers Desires embrace this notion. We see this in something like “Sleep and Death” where the young Frenchman, Pascal, recognizes that his romantic notions of love are without substance. Or in the story “The Re’em,” where a monk creates a kind of anti-religion, spurred by his interactions with a unicorn and a presence that is very likely God, however monstrous. I want to say that these stories aren’t there to make us feel defeated. I think there’s a kind of power in cosmicism. It’s a queer perspective. There’s a pleasure and a freedom that comes from living in the tatters of the scrim.

So, where Lovecraft would use “cosmicism,” you’d use “Queer.” Is that right? There is no divinity in Queer?

That’s an interesting question. I don’t think I’ve ever equated the two in my mind. But certainly, when I think about the word “queer,” I think about otherness. When Lovecraft thinks about the cosmic, he too seems to be thinking about otherness. Otherness for Lovecraft leads to a kind of opening-out, a doorway. And queerness for me also leads to a kind of doorway. Both the cosmic and the queer can be frightening and also exhilarating. They both create a certain kind of liminal state for the human mind.

Speaking of “Queer,” you grew up in Van Wert, Ohio. Corn country. Which came out first, you or your fiction?

Writing for me began as an escape. It allowed me to be somewhere else and to be someone else. It also allowed me to exist in a place that was more interesting than the one I was born into. I would say my fiction came out first. There were no same-sex relationships in the fiction from my early years.  I wouldn’t have dared to actually write about that. But there was a certain strangeness that felt excitingly queer to me. This has transferred over, I think, to the fiction where I do permit myself to show same-sex relationships.

That makes me think of “Notes on Inversion,” in which you call up the historical figure of Richard von Krafft-Ebbing and some fairly grim glimpses of case passages from his 1886 Psychopathia Sexualis. Your take creates an act of recovery for the “inverts” he’s describing. In a story like that, are you writing on behalf of your young Van Wert self?

I really like your description here: “an act of recovery.” I’ve always thought of “Notes on Inversion” as a surreal retort to Krafft-Ebbing, a take-down of his attempt at analysis. I think, as you suggest, that I am writing for my younger self, yes.  But I’m also writing for my current self. I’m writing too for other people who have experienced this feeling of being exposed and judged. When I return to my hometown in Ohio, I don’t think that things are any easier for queer people there, or any safer. There is still an implied threat of violence, a sort of watchfulness.

Clearly, you luxuriate in history and all its fluffs and folds. Which story in the collection best represents you as a writer just diving in without a conscious politic; you’re just having fun?

Well, all of the stories are tinged with politics to some degree, but what came to mind when you asked your question was “Petit Trianon.” I am fascinated by Marie Antoinette. I find a pleasing sense of horror both in her person and her situation. She’s grotesque to me, as is Versailles. But it’s all so sumptuously grotesque. In my previous collection of short stories, I wrote about Marie Antoinette with more compassion in a story called “There Are No Bodies Such as This.” But in “Petit Trianon,” the queen becomes the best monster I could invent.

You’ve enjoyed a fine and substantial publishing career, but I know you’ve had your doubts. Early on publishers weren’t “getting” what you were up to. What weren’t they getting then that they get now?

I do think that writers who are trying to present something that is truly other can have a hard time. Publishers feel that this otherness isn’t palatable to the general reader. I’ve never felt that I write literary fiction in the same way as my peers. I can’t muster any interest in what I perceive to be the literary topics and approaches. I want things to be garish and weird and funny. I think I’ve now found a way to present the material that interests me in a manner that the reader can approach. I feel generally more confident in what I’m doing.  I have more fun with it. And editors seem to respond to that.  I also think that any success I’ve had comes from simply applying myself. There have been many times where I’ve had to pick myself up and try again. I won’t stop doing that now. It feels to me like there’s too much at stake.

That sounds urgent. What exactly is at stake, and for whom?

I think it’s important that queer writers be allowed to express their own experience, to manifest their own internal lives. We need to push through the resistance that editors have to publishing work that is truly other. Comfortable, rational, naturalistic stories that fit into what heterosexual people assume is the queer experience should not be the only things that are published. I have learned a certain level of persistence over the years. I’ve always been a weird writer. I’ll continue to be that writer.

‘The Good Immigrant: 26 Writers Reflect on America’ Edited by Nikesh Shukla & Chimene Suleyman
'A Light That Never Goes Out: The Enduring Saga of the Smiths' by Tony Fletcher
‘False Bingo: Stories’ by Jac Jemc