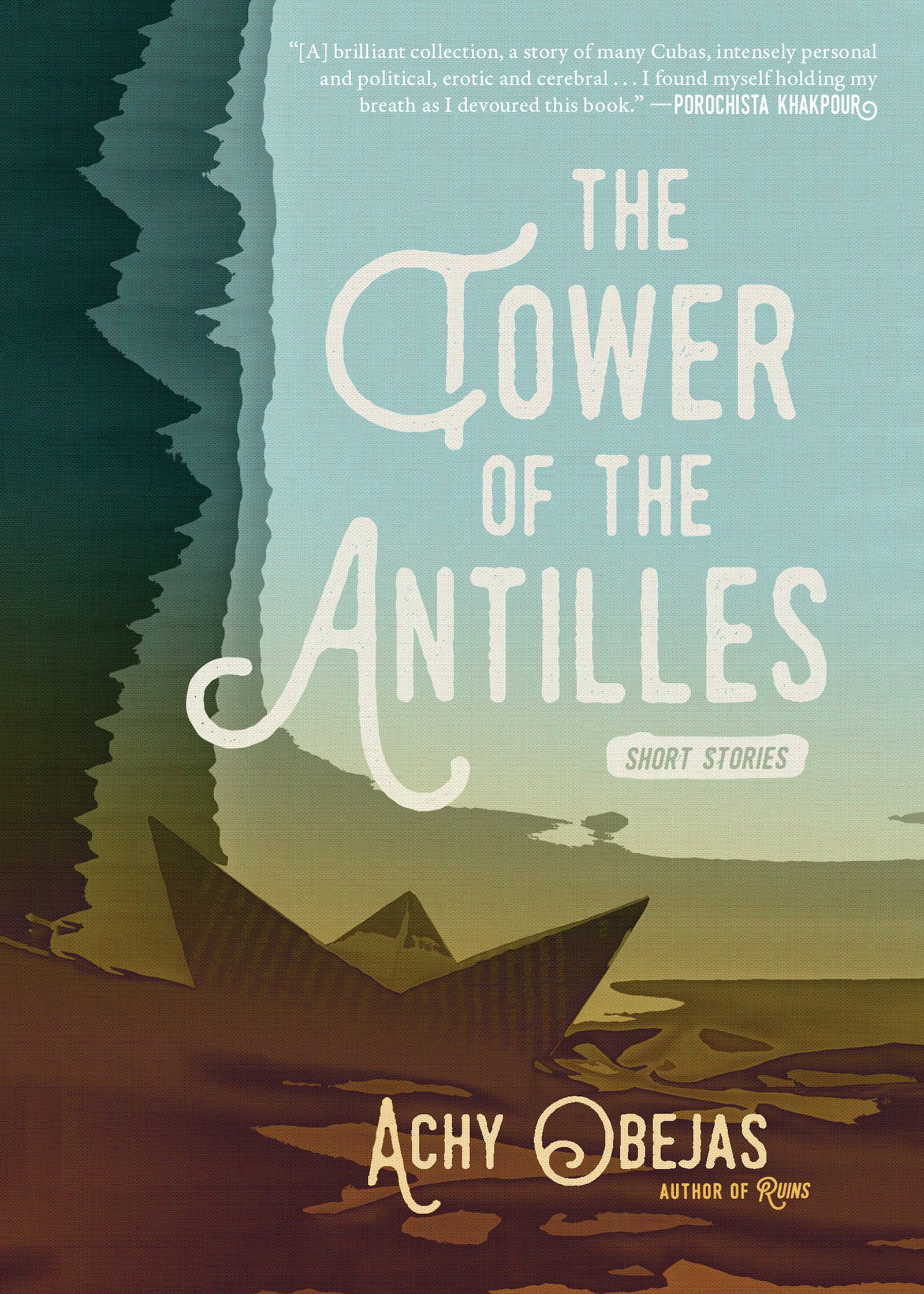 ‘The Tower of the Antilles’ by Achy Obejas

‘The Tower of the Antilles’ by Achy Obejas

The two stories that bookend Achy Obejas’ latest collection The Tower of the Antilles point allusively to the relationship between naming and identity in the context of a Caribbean island’s military history and an early colonial invasion. The literal and figurative rejection of names in these two stories produces a dreamlike effect catapulting the characters into the realm of myth and metaphor. Yet the tower of the collection’s title and its concluding story unmistakably comes to represent Cuba itself where the coexistence of decay, deprivation, and entrapment engenders false promises of escape and complexities of identification. The pain of exile hinted at in some of these pieces also provides a sometimes elusive, but always provocative, window into the lives of the inhabitants of Ojejas’ fictional universe.

One of the strongest stories in the collection concerns Cuba’s dark political past and sordid present. In “The Cola of Oblivion,” an expatriate returns to visit relatives who betrayed her mother’s friend Carmela as counterrevolutionary and precipitated the woman’s expulsion from the country. Significantly Carmela is the only named character in the story. When the Cuban daughter orders a cola at a ”tourist restaurant where the visitor will pay the bill,” her father describes the drink with a wink as “the black waters of imperialism.” Quickly the phrase embeds itself in a narrative of recrimination, as the expatriate’s mother’s alleged neglect of her relatives is described as rooted in her having drunk “the cola of oblivion” after her departure from Cuba. The poverty of the island is suggested by a reference to “trouble getting meat” and the fact that the teenage daughter at the table has never eaten shrimp. A preposterous plan of divorce and remarriage emerges, a strategy to enable the Cuban relatives to expatriate. “It’s the least you can do for us,” the husband remonstrates because the visitor’s mother ignored these relatives whose compliance with the Castro regime precipitated familial estrangement. The husband dismisses pictures taken of him at pro-Castro rallies as forced even though the expat’s father had refused such gestures and was presumably expelled or driven into exile because of his political resistance. In keeping with the repressive political climate recalled in the story, Castro and his government remain unnamed.

As “The Cola of Oblivion,” presents a study of moral cowardice marking Cuba’s past and the impoverishment of its present, “The Maldives,” depicts the economic limitations of contemporary life on the island. The thirty-four-year-old lesbian heroine of this story expatriates with relish. Of her Christian father sending for her from San Francisco, she explains, “… I was ready to be saved, not from homosexuality, but from the boredom of Havana.” Criticism of Cuban medical practice becomes sharp when the unnamed narrator discovers she has a non-cancerous brain tumor that could be treated with sophisticated, expensive medical procedures. Her response to this news is telling: “I knew Cuba simply didn’t have the equipment or expertise to help me. And I didn’t want to have brain surgery at a hospital where the power went off and on without regard to what was happening on the operating table.”

The strongest story in The Tower of the Antilles presents an unnamed Cuban-American writer visiting her ancestral homeland. Before attending a party in Havana, she calls on a distinguished Cuban writer, described simply as “the poet,” who patronizingly assures her that “we must create a place for poets like you, who write in English like you. . . A Cuban place, of course, yet different.” Obejas underscores the narrator’s nostalgia and displacement at the party when the traveler seeks to take a picture of two women lovers so that she can “project” herself from New York back to Havana when she wishes. Significantly, the women decline. The story ends with the promise of an encounter with a Cuban woman in which sexual desire trumps the need for language, casting another ironic glance at the narrator’s artistic pursuit of the evanescent notion of “the homeland.”

Though some of the stories in The Tower of the Antilles seem undeveloped (“Exile,” and “North/South”), and others seem a little too semantically indeterminate (“The Collector” and “The Tower of the Antilles”), the rich thematic and symbolic texture of much of the collection rewards repeated reading and promises continued insight. How Cuba’s distinctive history and culture shape the unique negotiations with identity, memory and the idea of home that complicate the lives of the residents, exiles, and expatriates who populate this volume is a worthy subject indeed.