‘The Lauras’ by Sara Taylor

‘The Lauras’ by Sara Taylor 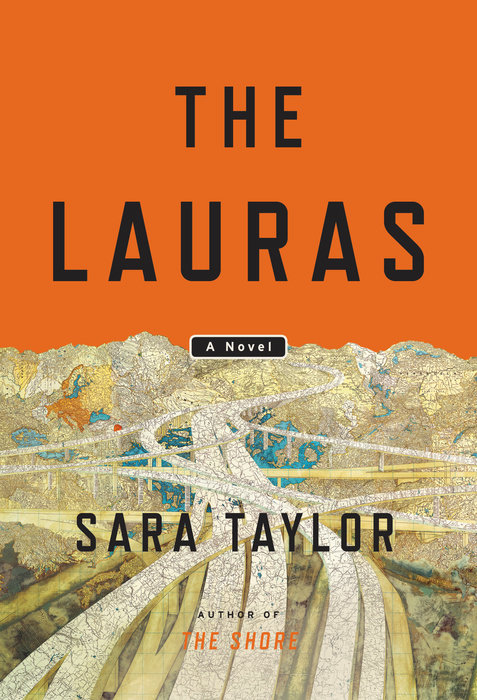 Alex has grown accustomed to the nightly fights between Ma and Dad, listening covertly beneath the covers, as teenagers are so wont to do. Until the night that opens The Lauras—Sara Taylor’s second novel—when Ma pulls Alex out of bed and sets the two on the long adventure that unfolds over the course of the novel.

The Lauras is many types of book: it is a road trip book, a coming-of-age tale, a mother-child story; it is full of ghosts and yearning and sacrifice and discovery. Taylor’s language is beautiful, the sentences almost showy, and Alex’s observations, while occasionally a bit too astute for a teenager, are unusual, funny, and revealing of both Alex’s inner world of and the world at large.

The pace of The Lauras mirrors that of a road trip: at times it is relentless, driving all night, stopping only to eat, and at others lingering too long in one place, waiting until just the right time to move on. There’s plenty of backstory here, and while I usually balk at that kind of thing, here it is essential to the plot. Ma spent parts of her life in foster care, and when not in the system, she was skipping town with her semi-deadbeat parents: though Alex doesn’t realize it until they’re in the car halfway to their first destination, Ma has a colorful past, a mish-mash of incidents and characters, a number of whom are named Laura. When Ma talks about the Lauras, and about her past in general, this novel opens up, becomes its true, poignant self. In fact, the backstories are nearly, if not more, engaging than the front story.

A lot happens in real time in The Lauras, so much so that the plot begins to stretch credulity (in one scene, Ma and Alex break into an old foster home and pilfer important artifacts before burning the place down; in another, Ma tracks down an abusive ex-lover in a tattoo parlor to “return” money she didn’t steal; in yet another, Alex takes a bus from Florida to Alabama to mail a postcard to Dad without an incriminating postmark). These fascinating plot twists keep the pages turning, but sometimes feel a bit far afield.

Another pitfall of The Lauras is the handling of Alex’s non-binary gender identity. While not the book’s main focus—which is, conversely, a good thing—Alex’s refusal to accept a cisnormative gender identity takes center stage only when needed for a plot twist or major statement, and when it does, it isn’t enough space or depth given to make it feel authentic. During a debate with a family friend, in which the woman challenges Alex with “You have to have a biological sex—everyone does,” Alex replies: “Sex I may have, but what it is or isn’t is nobody’s business but mine… And gender I do not, and that’s the long and short of it.” When the woman comes back with “Everyone has a gender,” Ma steps in, saying: “Well Alex doesn’t, and there is nothing wrong with that. And that is the end of this conversation.” While the scene is telling of the ways in which Ma is fierce in her protection of Alex, and also of how many people, especially cis people, approach ideas of gender, it also feels like a pulled punch, or a plot-line that could have benefited from more developing.

Despite these quibbles, The Lauras is an enjoyable, and unusual, read. It’s a brave book, unafraid of itself, diving into waters often left unexplored in contemporary stories. The relentless pull of the road, and of Ma’s ghosts, carries The Lauras all the way through to its conclusion. It is the road trip to end all of Ma’s road trips, but for Alex, these years are only the beginning. The novel ends with a return—to the home Alex has longed for, only to reveal a new longing, which sets Alex in motion again—back to the road.

Cliterotica: Winter 2010 [PNSFW]
Fire on the Island is a Heartfelt Portrait of a Greek Island Community
'Feel So Mortal: Essays on the Body' by Peggy Shinner