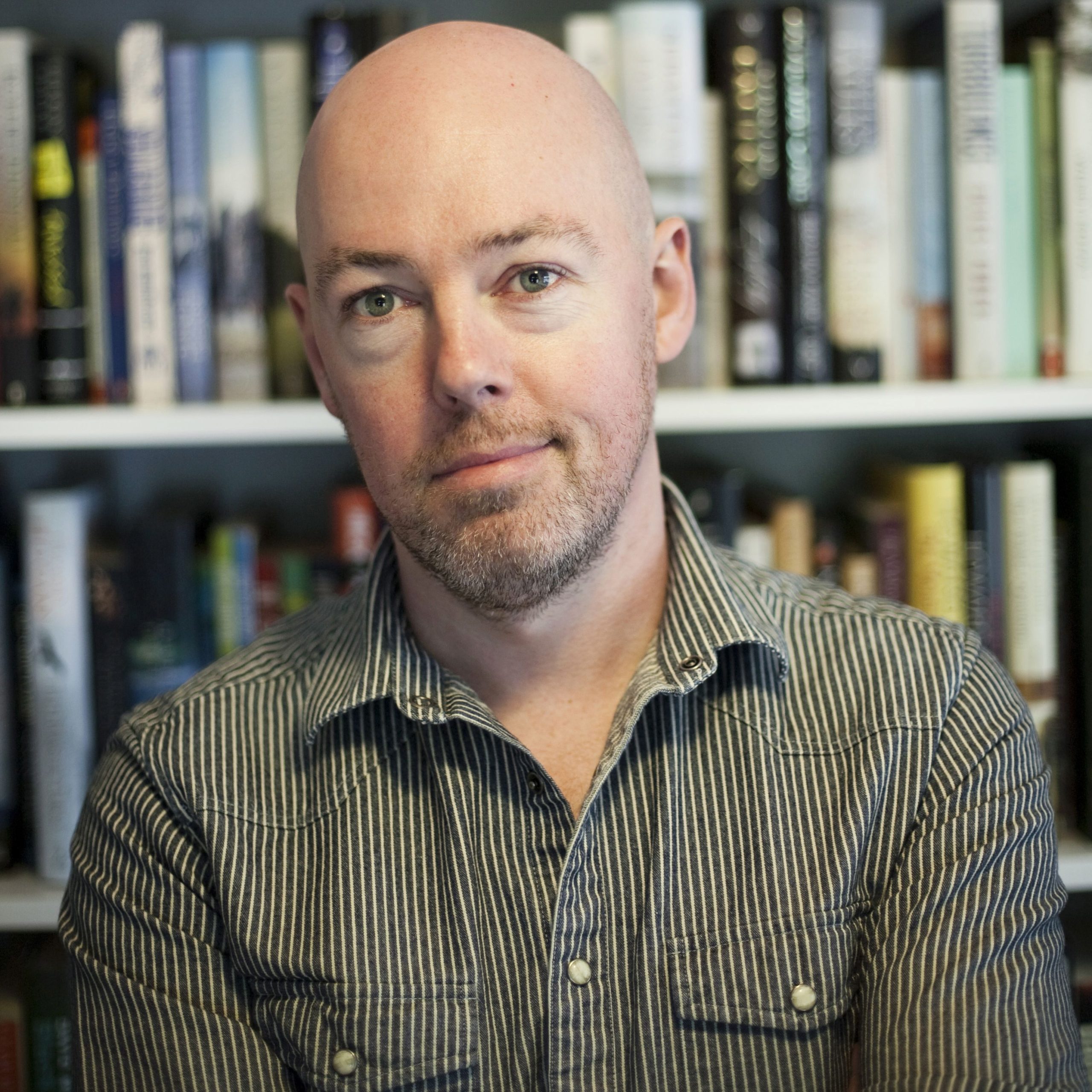 This month sees the release of The Heart’s Invisible Furies by bestselling author John Boyne. Filtered through the life of one gay man, the novel is an expansive look at Ireland in the 1940s.

Cyril Avery is not a real Avery–or at least, that’s what his adoptive parents tell him. And he never will be. But if he isn’t a real Avery, then who is he?

Born out of wedlock to a teenage girl cast out from her rural Irish community and adopted by a well-to-do if eccentric Dublin couple via the intervention of a hunchbacked Redemptorist nun, Cyril is adrift in the world, anchored only tenuously by his heartfelt friendship with the infinitely more glamourous and dangerous Julian Woodbead. At the mercy of fortune and coincidence, he will spend a lifetime coming to know himself and where he came from – and over his many years, will struggle to discover an identity, a home, a country, and much more.

In this, Boyne’s most transcendent work to date, we are shown the story of Ireland from the 1940s to today through the eyes of one ordinary man. The Heart’s Invisible Furies is a novel to make you laugh and cry while reminding us all of the redemptive power of the human spirit.

Long before we discovered that he had fathered two children by two different women, one in Drimoleague and one in Clonakilty, Father James Monroe stood on the altar of the Church of Our Lady, Star of the Sea, in the parish of Goleen, West Cork, and denounced my mother as a whore.

The family was seated together in the second pew, my grandfather on the aisle using his handkerchief to polish the bronze plaque engraved to the memory of his parents that was nailed to the back of the woodwork before him. He wore his Sunday suit, pressed the night before by my grandmother, who twisted her jasper rosary beads around her crooked fingers and moved her lips silently until he placed his hand atop hers and ordered her to be still. My six uncles, their dark hair glistening with rose-scented lacquer, sat next to her in ascending order of age and stupidity. Each was an inch shorter than the next and the disparity showed from behind. The boys did their best to stay awake that morning; there had been a dance the night before in Skull and they’d come home moldy with the drink, sleeping only a few hours before being roused by their father for Mass.

At the end of the row, beneath a wooden carving of the tenth station of the cross, sat my mother, her stomach fluttering in terror at what was to come. She hardly dared to look up.

The Mass began in the typical fashion, she told me, with the priest’s wearied discharge of the Introductory Rites and the congregation’s discordant singing of the Kyrie. William Finney, a neighbor of my mother’s from Ballydevlin, made his way in all his pomposity to the pulpit for the first and second liturgical readings, clearing his throat into the heart of the microphone before pronouncing every word with such dramatic intensity that he might have been performing on the stage of the Abbey Theater. Father Monroe, perspiring noticeably under the weight of his 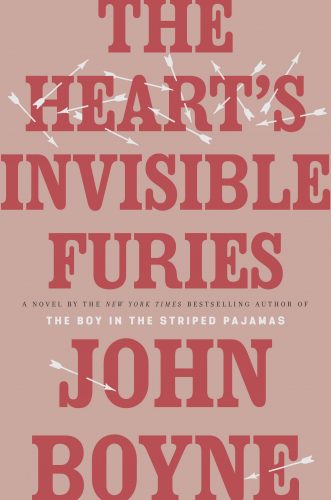 vestments and the intensity of his anger, followed with the Acclamation and the Gospel before inviting everyone to be seated, and three red-cheeked altar boys scurried to their side-bench, exchanging excited glances. Perhaps they had read the priest’s notes in the sacristy beforehand or overheard him rehearse his words as he pulled the cassock down over his head. Or maybe they just knew how much cruelty the man was capable of and were happy that on this occasion it was not being directed toward them.

“My family are all Goleen as far back as records go,” he began, looking out at one hundred and fifty raised heads and a single bowed one. “I heard a terrible rumor once that my great-grandfather had family in Bantry but I never saw any evidence to justify it.” An appreciative laugh from the congregation; a bit of local bigotry never hurt anyone. “My mother,” he continued, “a good woman, loved this parish. She went to her grave having never left a few square miles of West Cork and didn’t regret it for a moment. Good people live here, she always told me. Good, honest, Catholic people. And do you know something, I never had cause to doubt her. Until today.”

There was a ripple around the church.

“Until today,” repeated Father Monroe slowly, shaking his head in sorrow. “Is Catherine Goggin in attendance this morning?” He looked around as if he had no idea where he might find her, even though she had been seated in the same pew every Sunday morning for the past sixteen years. In a moment, the head of every man, woman and child present turned in her direction. Every head, that is, except for those of my grandfather and six uncles, who stared resolutely forward, and my grandmother, who lowered hers now just as my mother raised her own in a see-saw of shame.

“Catherine Goggin, there you are,” said the priest, smiling at her and beckoning her forward. “Come on up here to me now like a good girl.”

My mother stood up slowly and made her way toward the altar, a place she had only ever been before to take Communion. Her face was not scarlet, she would tell me years later, but pale. The church was hot that day, hot with the sticky summer and the breath of excited parishioners, and she felt unsteady on her feet, worrying that she might faint and be left on the marble floor to wither and rot as an example to other girls her age. She glanced at Father Monroe nervously, meeting his rancorous eyes for only a moment before turning away.

“As if butter wouldn’t melt,” said Father Monroe, looking out at his flock and offering a half-smile. “How old are you now, Catherine?” he asked.

“Say it louder. So the good people at the back of the church can hear you.”

“Sixteen. Now lift your head and look out at your neighbors. At your own mother and father who have lived decent, Christian lives and been credits to the parents who went before them. At your brothers, whom we all know to be fine upstanding young men, hard workers who have led no girl astray. Do you see them, Catherine Goggin?”

“If I have to tell you to speak up again, I’ll hit you a slap across this altar and there’s not a soul in the church that would blame me for it.”

“I do, Father,” she repeated, louder now.

“‘I do.’ That will be the only time you ever utter those words in a church, do you realize that, little girl? There’ll never be a wedding day for you. Your hands are going to your fat belly, I see. Is there a secret that you’re hiding?”

A gasp from the pews now. This was what the congregation had suspected, of course—what else could it have been?—but they had waited for confirmation.

Reprinted from THE HEART’S INVISIBLE FURIES Copyright © 2017 by John Boyne. Published by Hogarth, an imprint of the Crown Publishing Group, a division of Penguin Random House LLC. All Rights Reserved.

The Orlando Massacre: Writers Respond with Sadness and Outrage
Virginia Woolf in Love! Watch the Trailer for 'Vita and Virginia'
'Into?' by North Morgan